Tonight, 6th of August 2014 at a bar called Prudence over a couple a beers, the North Melbourne chapter of the Tough Guy Book Club was founded. Chapter President Simon kicked off their first official meet with a discussion about The Fight by Norman Mailer (1975). Even though there was a small turn out, like most new chapters, everyone had a pretty good time and more than a couple shots. We are really happy to have Simon and his North Melbourne Goons on board as the second Melbourne chapter.

If you are looking for them, they meet at

Prudence
368 Victoria Street, Melbourne,
Victoria, Australia 3051
In the big room upstairs
On the first Wednesday of the month at 7pm. 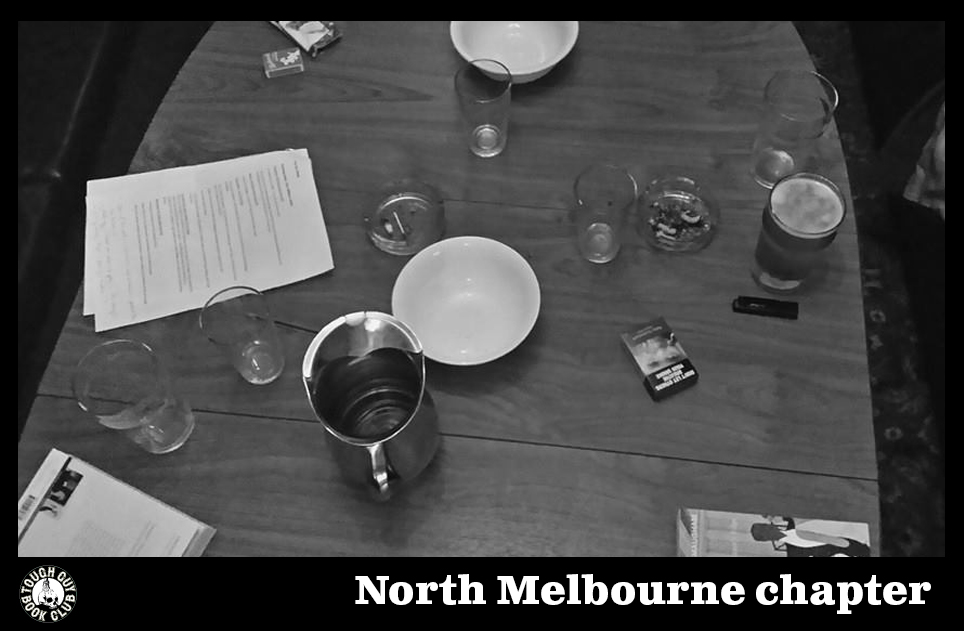