There are eight million stories in the Naked City, and Tough Guy Book Club has an opinion on every single one of them.

Naked City, the Big Apple, the City That Never Sleeps. Call it what you want, it's big and loud and famous and probably features in a bunch of books you've read (The Amazing Adventures of Kavalier and Clay, if you read that with us over Christmas). Well, now New York City has proper literary street cred because it has its own chapter of TGBC. In all those millions of people and thousands of bars and speakeasies, you can now find one with a little group of dudes in the back drinking hooch and talking books on the first Wednesday of the month.

"It's such a different way to hang out and meet new folks," says Guy 'Yug' Blomberg, expat Australian, seasoned Gothamist, president of TGBC NYC, "I've travelled and moved quite a bit in my life, and TGBC is one of the better ways I've seen to form genuine friendships."

But hang on. We've watched TV in the last twenty years. We thought New York City was full of hip, cultured New Yorkers running around being hip and cultured at each other. Why do they need us?

"Even though it's one of the biggest cities in the world, surrounded by millions of folks, it can be incredibly lonely and standoffish," says Guy, "The communities are what make it special, even if the town itself couldn't care less about you."

Good point. This Guy guy is pretty smart. It's easy to turn up to a book club with a prepared thesis and announce your opinions until someone tells you you're right. It's much harder to have a friendly chat with a goon you've never met who thinks the piece of shit you just read is a masterpiece. Then to listen to his story, find out what makes him think that, and care enough to turn up next month and listen to him again - that's really fucking hard, especially for men.

It's not always our fault. New York City isn't the only place on earth where life is complicated right now. In fact sometimes - in the words of famous New Yorkers Stantz, Spengler and Venkman - it feels like 'real Wrath of God type stuff... fire and brimstone... earthquakes, volcanoes... dogs and cats living together... MASS HYSTERIA!'. That's why we have meetings all over the world, so whether you live in a town of eight million or eight hundred, there's always a place you can go to talk and be listened to.

We might not change the world, or even New York City very much. "But hey," says Guy, "If we can make a TGBC here, we can make it anywhere, as they say..." 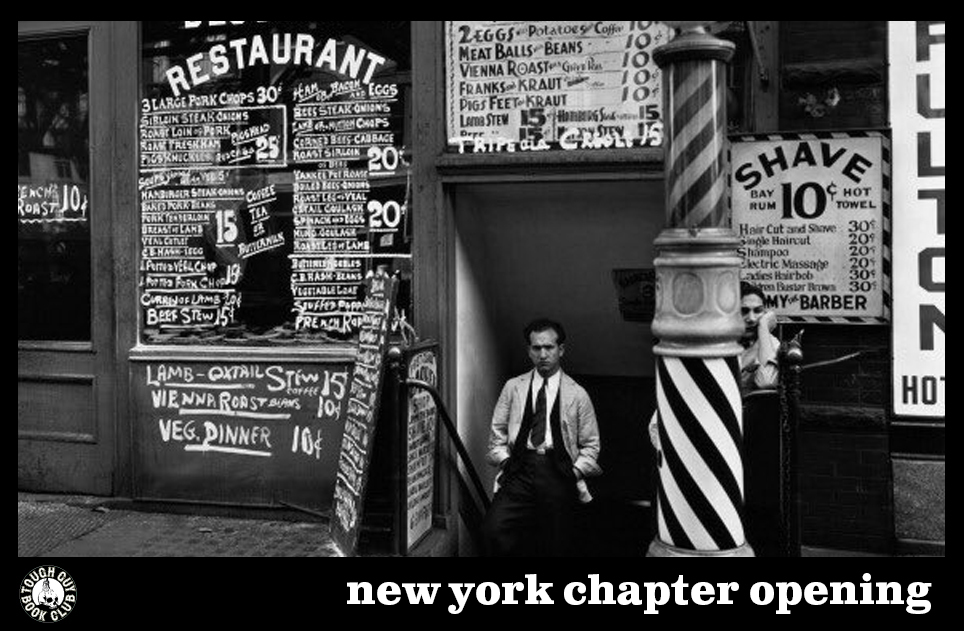