The year was I can’t remember, but my girlfriend (now wife) and I had started a new yearly tradition of driving our campervan from Sydney to Melbourne (and back again) for Christmas, stopping in Beechworth for a few days each way. In those days Beechworth didn’t have a chapter, but we decided to have some drinks and dinner at Bridge Road Brewers regardless. Their beer is great, so is their pizza.

A few pints and a belly full of pizza later we had somehow gotten talking to the couple at the next table. I didn’t yet know what a Goon was, but I was about to find out. The president of the Surry Hill Chapter in Sydney at the time told me about some book club he hosted that he thought I’d like. I’m sure he said more, but it was years ago and details are hazy since we were at a brewery.

Fast forward to late January and the Goon I met in Beechworth hadn’t forgotten to follow up on his invitation. Come to the Shakespeare Hotel on the first Wednesday in February. Doesn’t matter if you’ve read the book (I hadn’t). Hell, I figured I’d at least get a decent pub feed and a couple of pints in me and see how it goes.

I’m not the most outspoken guy when I’m in a new group, but found it was really easy to loosen up at my first meeting. We started the meeting, as usual, by introducing ourselves (just don’t talk about work and don’t be a fuck head). This at least let me learn everybody’s name, which I promptly forgot and re-learned later, and let me be comfortable talking in the group. After that, I hadn’t read the book so I settled into my pint and learned what this whole book club thing was about.

But the Prez knew what he was doing. He let me have that pint (and probably another one after that) before encouraging me to say something. If you haven’t read the book when you come to book club, it doesn’t matter. Conversations stray away from the book, and that’s when I was encouraged to speak, asking me what I thought.

But did I come back the next month, and the month after that, and so on? Damn right I did.

At the risk of getting a little sentimental, a chance drunken meeting with a stranger in a pub in rural Victoria brought me to Tough Guy Book club, and I’ve been coming for years. I’ve made friends throughout Australia from this club and I love it.

Moral of the story: get drunk and talk to strangers in pubs. 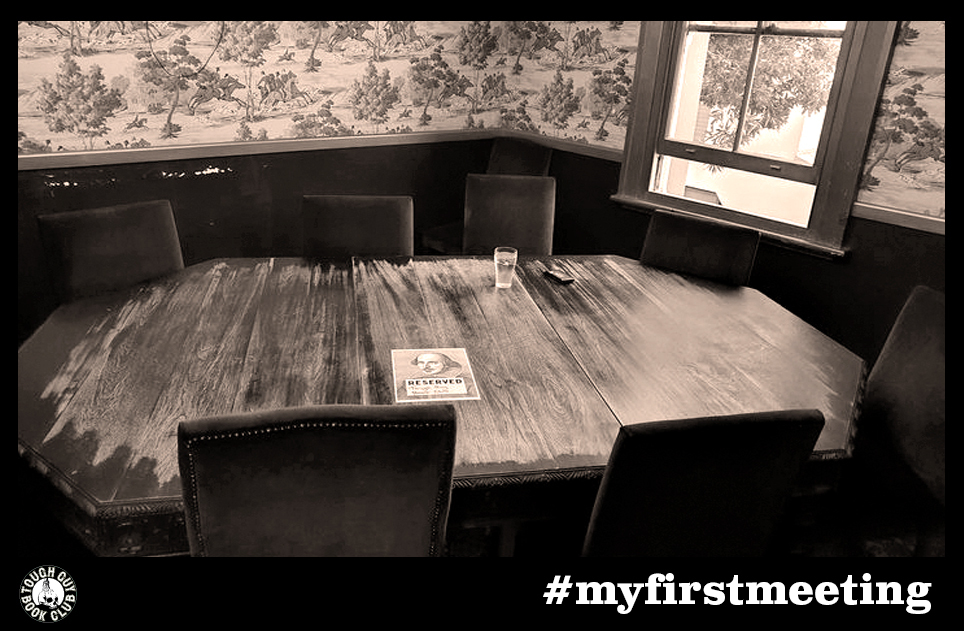