LastDrinks Challenge is named for the last letter of whichever TGBC chapter the drinker attends. It's part of the 'Challenge' series that goons brew up every month to try and obtain a TGBC Challenge Coin. The challenge is appropriate because spelling is an important skill that comes in handy when trying to read a book.

LastDrinks Challenge pours in a range of colours and textures, in living rooms and pubs across the world, because it covers an enormous variety of beers... and goons. Generally pales appear pale, darks appear dark, and so on. The beers that is, not the goons. When poured correctly it forms a rich head full of knowledge and empathy and an appreciation of literature and your fellow human beings.

LastDrinks Challenge greets the nose with a malty, toasty, smoky, nutty, hoppy, herbal, piney, peppery, citrusy aroma. The most prominent impression is that of beer. It doesn't smell like the inside of an old book which is a shame. If someone brewed a beer that smelled like books we would absolutely give it a try, even though it would probably taste like shit.

LastDrinks Challenge arrives on the front palate with notes of berry, elderflower, grass, passionfruit, banana, liquorice, wheat, caramel, toffee, smoke and dark chocolate to name a few. It conjures images of detectives solving fiendish crimes, soldiers struggling to maintain their honour amid the horrors of war, hi-tech androids questioning their humanity, and dudes sitting at home on the couch reading about all of that stuff. It is delicately balanced between overpriced wanky craft beers and beers with only two initials and two colours on the can and beers that don't taste like beer at all because they're tea. Like we said, not everyone drinks beer and that's totally okay.

LastDrinks reaches the back palate with a feeling of contentment at being back in the pub, surrounded by old mates and new faces, preparing to get stuck into another monthly meeting. It has a rich mouthfeel similar to good conversation.

The Tough Guy Book Club June #LastDrinks Challenge brings out a range of opinions from Best Thing Ever to Fuck No Never Again, which curiously enough is the same range of opinions we get every time we read a book. It would pair well with men who read a lot, men who want to read more, or men who just want an excuse to hang out with other men. Or possibly a chicken or eggplant parmigiana.

LastDrinks Challenge is no longer available from local bottle shops or our FB page because it was the challenge for June. But you can still enjoy a cold frothy evening of Tough Guy Book Club at your nearest participating public house, on the first Wednesday of every month at 7pm. 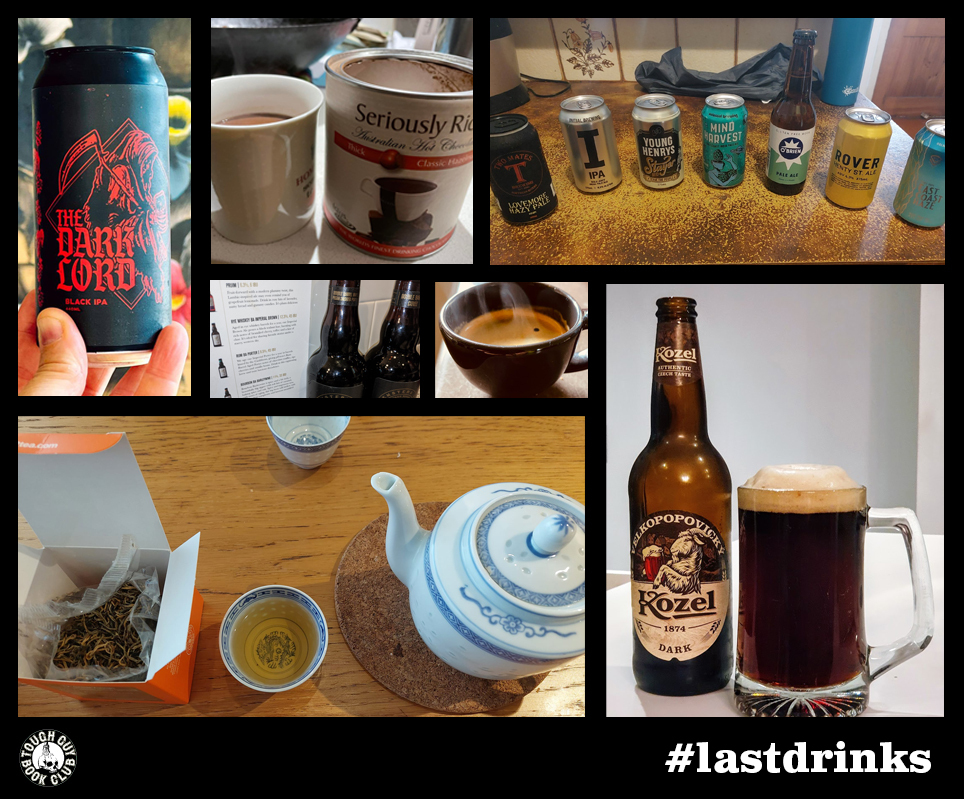