Years ago, when he was travelling in Canada, Daniel Westall went to a mate's house to see his new big screen TV. It was mostly for watching hockey (because Canada) and the mate told a story about his playing days. After a couple of hard hours on the ice, he said, he loved limping to the locker room with his team, where they could nurse their bruises, have real conversations, and form genuine bonds.

Whereupon the Canadian mate's wife turned to Daniel, shrugged and said "We do that shopping."

It's a story that sticks with Daniel now that he's president of Tough Guy Book Club Kangaroo Point - tucked into a little spot just across the Brisbane River from the CBD, a quiet haven where you can drink award-winning beer (google Sea Legs Brewery and thank us later), watch the sailboats go by, and enjoy inner city convenience without inner city hassle.

"I've found I relate to men better than I used to [before TGBC]," says Daniel, "I've never really had male friends - I've mostly been friends with women - because you just don't talk in the same way. Now I think I've lost some of that defensiveness."

How did he end up in the club in the first place? Like a lot of our best goons he was just trawling volunteeringqld.org.au for ways to help. He thought he was applying to join a chapter when actually he was starting one. But he doesn't mind.

"I read a lot when I was younger, mostly sci fi and fantasy, but I hadn't picked up an actual book in years. Then I talked to a neighbour who got me onto Audible. Now I listen to books while I'm out walking or doing other stuff... if you get a good actor it's great, the guy reading Murderbot Diaries was exactly the right kind of sardonic and sarcastic."

Kangaroo Point has been through a few meetings already. There was the standard inaugural one with only two attendees, and they mostly commiserated about the shitshow that was the March floods. But cut to a month later, after some strategic postering and sharing on community forums, and a full 9 dudes turned up out of the blue to try to make sense of despair, cannibalism and the end of the world in Cormac McCarthy.

"It was probably our best meeting!" Daniel laughs, "Nobody knew each other but everyone joined in."

Now they've found a quieter venue, they have 9-10 regulars, and they're not looking back. As a big sci fi fan Daniel has his fingers crossed for some Isaac Asimov. In the Robots series he writes about a future where people are so used to automated technology that they never see one another in the flesh, and human connection has almost vanished.

No offence to Mister Asimov, but Daniel, Kangaroo Point and the rest of TGBC are here to make sure that never happens. Barring disaster (which to be fair, there has been a fucking lot of lately) we'll be in the pub on the first Wednesday of the month at 7pm. 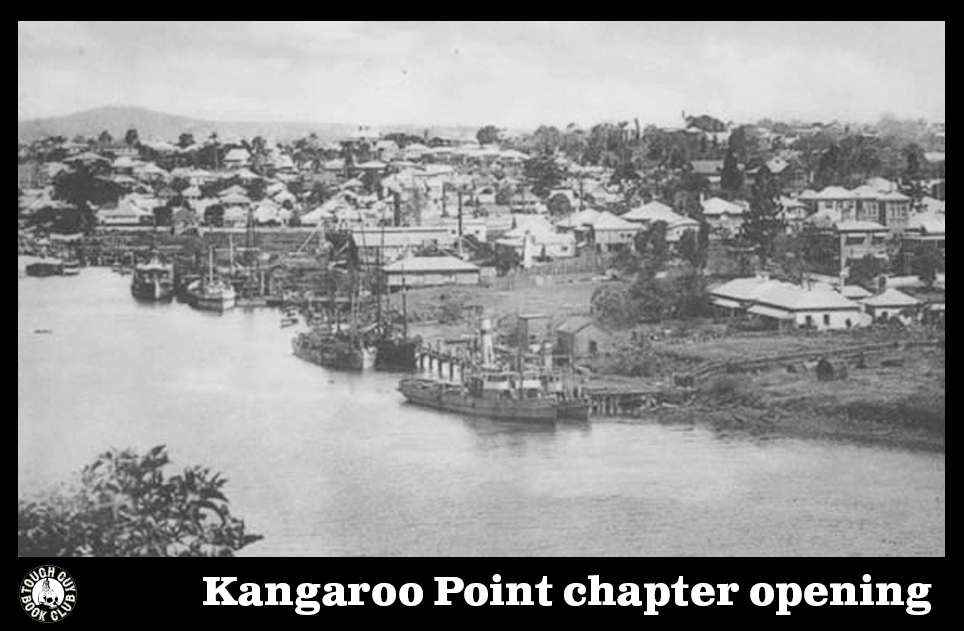