Ever had a favourite thing and wanted everyone to love it too? Yeah, we all have. A song, a film, a...book.

TGBC isn't just a book club. It helps men connect. To be more social - to socialise, be part of a community. And be better humans.

Building the relationships among a group of people spread between 50 chapters across 2 continents is a key part of what makes TGBC so fuckin’ good.

As a club we read and talk through 12 books a year. As a group of guys, we’d talk about 100s of books in a year. Whether it’s facebook chats, catch ups at the pub or arguing over the BBQ; everyone’s always got a view on something we ‘should’ read.

It’s not all high brow, high falutin’ literature. Some guys dig sci-fi. Some are right into graphic novels, others are big on war, crime, alternate histories, biographies or novels about the tough, dark days of Australia past.

The end of each year, we do a kind of Kris Kringle. We call it end of year book swap. It goes something like this: I get the name of some guy in some other chapter, somewhere in the country. I think about a book I think he should have. I send it to him. Somewhere, someone else has my name. They send me a book they think I might like.

It’s great to get a package in the mail or on the door step in the lead up to the end of the year. Who knows what the TGBC community will have sent you? Will it be a book you’ve always wanted to read or something you would never have chosen but might blow your goddamn mind?

Of course, we share it in the TGBC facebook group so everybody knows their package was received and - no doubt about it - it gets everyone into the spirit of giving as well as getting.

What’d I get last year? 2 cracking reads that I would've never gotten round to reading if they weren't there, already waiting for me to read over the summer holidays.

TGBC isn't just a book club. It helps men connect. To be more social - to socialise, be part of a community, and be better humans. 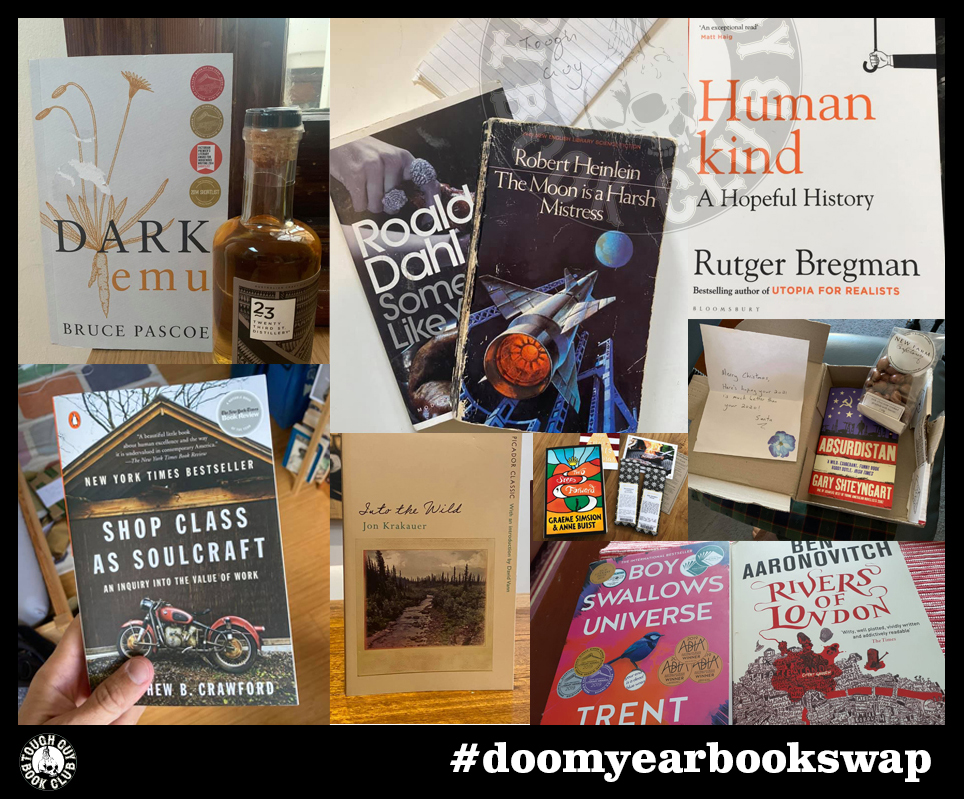