Tough Guy Book Club is everywhere. You can find us in big cities and small towns, on the coast and in the hills. You can find us in pubs and breweries and RSLs, by the highway or the railroad tracks, anywhere men want something better to talk about. We're kind of like Tom Joad. Or... I dunno, Zorro.

So, catch a flight from our original home in Melbourne all the way to Perth, WA. Then jump back in the plane and fly another 2200km north (three straight days drive... or a much longer ride, if you're Zorro). There you'll find one of the newest, remotest and easily the coolest places we've ever turned up - the town of Broome.

Nik Martinskis knows how cool Broome is. He moved there four years ago for the Thing We Don't Talk About. Over the last New Years break he was looking for something new and interesting to do with his spare time, and he stumbled upon one of our advertisements on www.volunteeringwa.org.au.

"I like mostly sci-fi and crime, but I've been getting into detective novels and especially historical fiction," he says, "I love reading or watching stuff set in a certain period and then finding out all the facts behind it."

Who knows how he finds time to read when he lives in a town where there are literally no traffic lights, where you can walk down to Cable Beach and camp and then go looking for dinosaur footprints (yes, fucking dinosaur footprints) in the rocks at low tide. But apparently men in Broome make time, because the meetings have been well-attended so far and they're growing every month.

"I haven't really had to advertise, I put up a poster in the barber shop and another one at my wife's work," Nik says, "One of our new guys was going on a sailing trip but he found a copy of the book in the library before he left. It's not hard to make conversation cos all these guys can talk."

They've got plenty to talk about. Apart from the monthly book, they can share stories about centuries of indigenous and multicultural history in a town built on the back of the pearling industry, while they sit in a 130-year-old pub (the Roebuck Bay Hotel) where divers would come straight off the boats to find the pearlmasters sipping beers in the back bar and waiting to buy their treasures.

There's a really shit 'pearls of wisdom' metaphor in here somewhere, but we'll spare you that.

Instead, make your way to the far northwest, stop in on the first Wednesday of the month, say hello to Nik and the Broome goons, and share some pearls of your own. 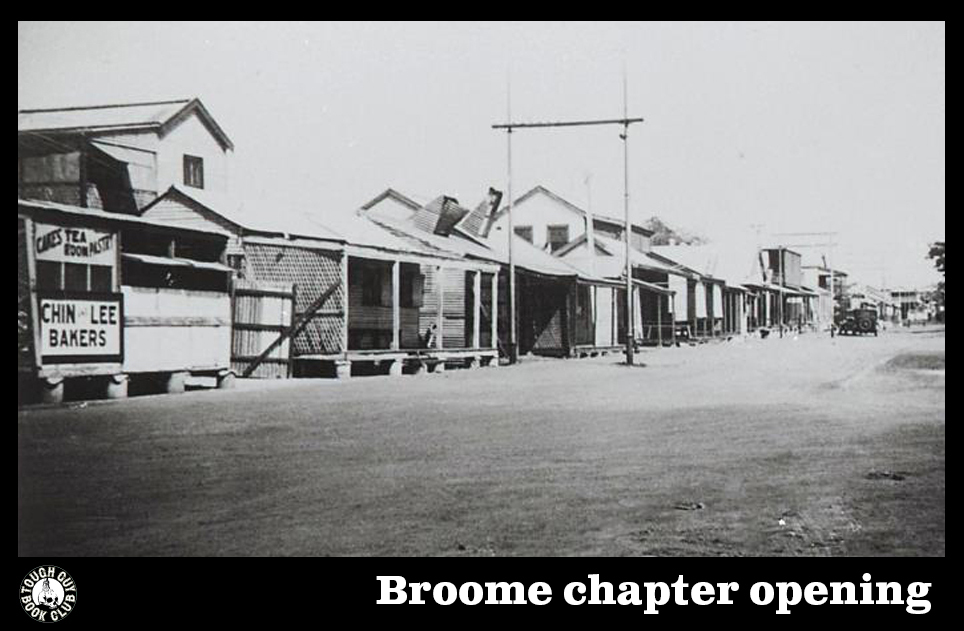