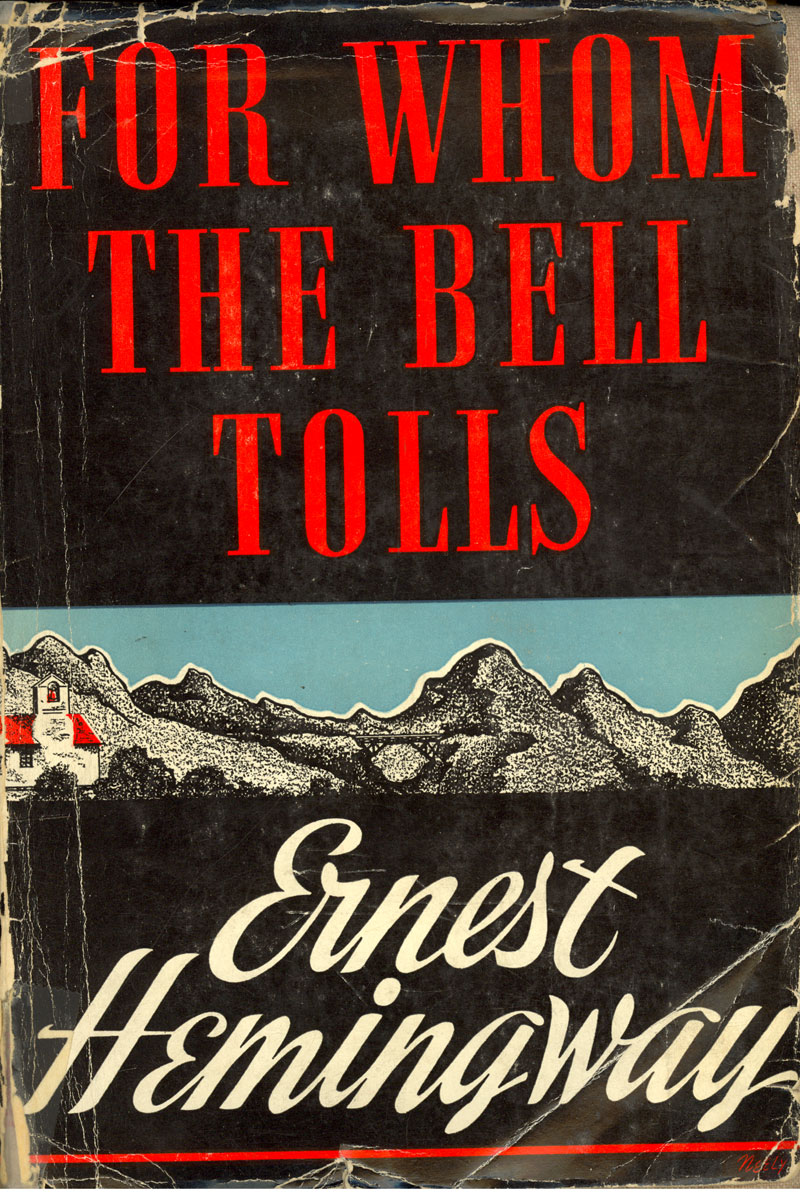 “For Whom the Bell Tolls” is the story of Robert Jordan, a college tutor from America, who has travelled to Spain to fight on the side of the Republicans in the civil war against Franco’s fascist forces. His speciality is demolition and he is charged with blowing a bridge that is critical to the success of a major military offensive about to be launched by the Republican side. Supporting Jordan’s efforts are a motley crew of peasant guerrillas that are at once loyal and treacherous, brave and cowardly, surviving and dying in this small, sad episode of the Spanish Civil War.

Death is the singular, over-riding theme explored at length in this book. Love, honour and sacrifice feature thematically too, but are tempered by graphic instances of hatred, betrayal and selfishness. Death though, ultimately prevails over all else. Whether delivered from above by Fascist bombers – or meted out at the bloody hands of a drunken village mob – death conquers all.

Arguably however, “For Whom the Bell Tolls” neither vaunts death and dying (especially violent death) nor trivialises it either. It is quite apparent though to have been written by someone who has himself witnessed death in abundance and who has spent much time questioning it. From his own real-life experience of war and its horrors, Hemingway was eminently qualified to question death. However in “For Whom the Bell Tolls”, he often rattles the reader by questioning them time and again across its bloody pages, “What would you do if you were in his boots?”

Facing up to this demand is a task any reader ultimately has the luxury of time to contemplate. It is sadly not so for a young college tutor, battling enemies, allies and conscience in the foothills of northern Spain.