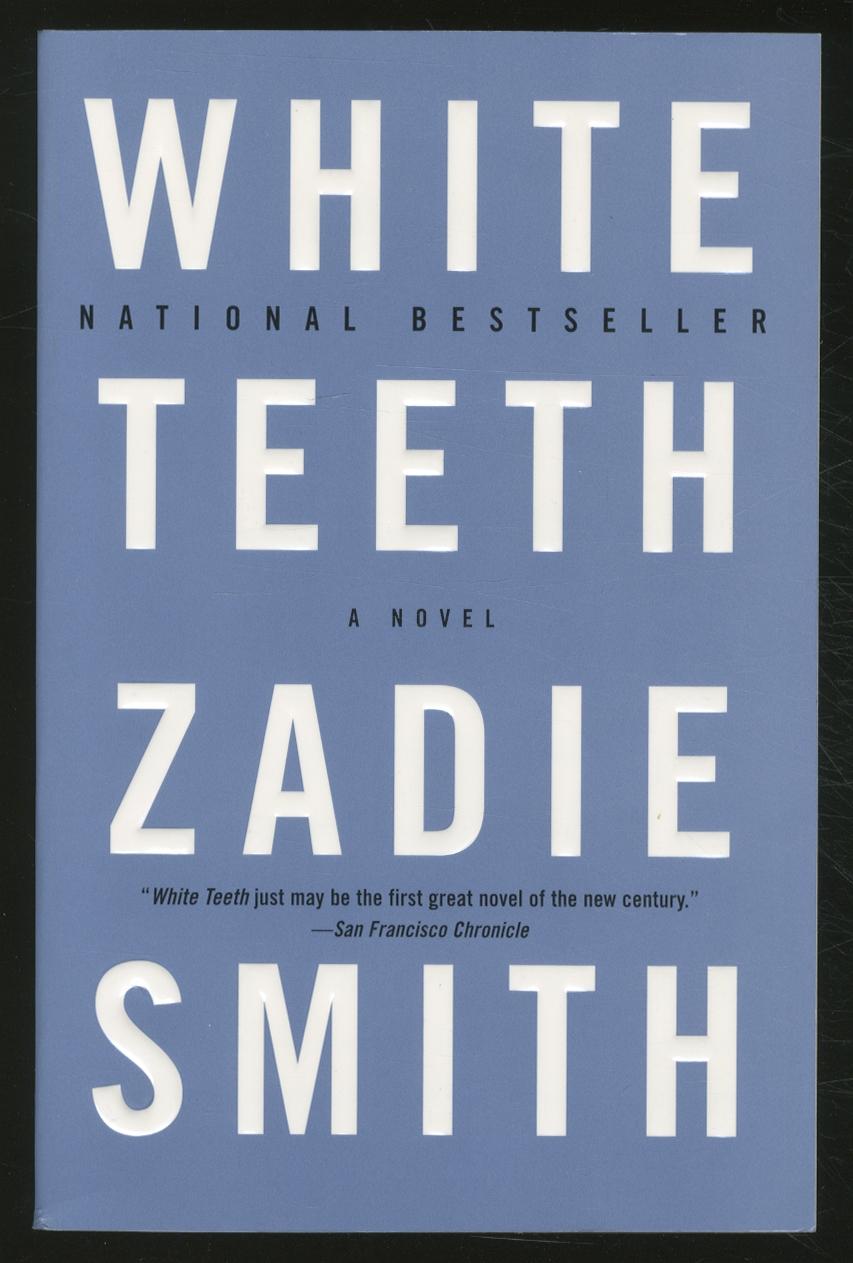 ‘What’s past is prologue’. Zadie Smith clearly chose Shakespeare’s words carefully when looking for a preface to a novel that is rooted firmly in the past.

This quote has also served as a preface to at least one of Salman Rushdie’s novels and it is clear that this is not the only area where Smith has drawn inspiration from him. Not that this is a criticism. Imitation may be a form of flattery for an artist but when it is done well, it must also be a source of pride. This is an engrossing, well-paced novel filled with characters and events that still resonate two decades on.

My favourite example was Alsana’s disciplined eight-year campaign of non-committal which could have come straight from Rushdie’s Midnights children. Her weapon of choice ‘maybe Samad Miah, maybe not’ is a guided missile designed to strike at the heart of her husband's pedantry ‘GREAT-GREAT GRANDFATHER!!!’ and it paints a picture of a loveless arranged marriage. Samad has the frustration of a man who is feels he was destined for better things but the reality is that it is Alsana who has a right to be disappointed.

She finds herself stuck with a man who has so little respect for her that he feels able to make a calculated life changing decision (for Magid) without consulting her. He can pretend to himself that culturally this is his right as a father and a husband but in truth, it is a cowardly act.

Which brings us to Millat. I went to school with loads of Millat’s in the UK. Second generation sons and daughters caught between the rock of the old country and the hard place of Western culture. Millat’s pendulum has swung all the way West. Having inherited his father's selfishness, he is also manipulative and fully buys into the ethos of 80’s Britain. There is no such thing as society for this boy. Even when he joins the deliciously named ‘KEVIN’ he is only really in it for himself.
An important point about KEVIN. When I first read this book in 2001, this group came across as a bunch of losers in green ties. In retrospect, they are a chilling foretelling of what was to come. Unlike their contemporaries in New York and Kuta, the London bombers of July 2005 were home grown, second generation Muslims.

The warning signs had been there. The burning of the Satanic Verses in 1989 is featured here and arguably opens the door to extremism for Millat. How many kids of that age took that path? Even those of us sitting firmly on the side of the author (Rushdie again) should have appreciated the fact that it was probably the time to ask what was making people so fucking angry.

Despite his pivotal role in the plot, Archie is just your everyman Englishman (Olympic appearance aside) who tries to uphold good old British values while not making too much of a fuss. His marriage to Clara probably surprises him more than anyone as he catches her on the rebound from religious fundamentalism and for once, he is in the right place at the right time.

The Chalfen’s are wankers. They reek of the arrogance, prejudice and pretension that blight many of Britain’s Middle Class. Regardless of the ethics or otherwise of his work, Marcus would be one of the first up against the wall when the revolution comes while Joyce is one of those fake hippy arseholes who secretly votes Tory.

Josh still has the chance of not ending up as a complete tosser but my money is on him soon realising that none of the cool bra-less girls in FATE (another great acronym) is ever going to sleep with him so he falls in with the wrong crowd at Uni and ends up joining UKIP (a shit acronym).

The structure of the book as it bounces between decades and real-life events keeps the reader entertained throughout and this is helped by a wonderful supporting cast and a clear understanding of the nuances of London suburbs and their people. The only thing missing from O'Connell's was the fact they definitely would have been selling pot.

As the novel draws to a close, it is clear that the author had one eye on a screen adaptation, leaving plenty for a director to work with as the disparate groups converge for the final set piece and Archie’s unlikely reunion with the ghost of his past. I can’t say I blame writers for doing this as an adaptation is probably the difference between paying the rent in Tooting and living more comfortably in Clapham. Sorry, I had to head south of the river there, as it’s the bit of London I know best.

In terms of the real-life events, not only is there the burning of the Satanic Verses but the great storm of 1987 also appears with that Michael Fish weather forecast (definitely NOT a hurricane), as well as of course Mangal Pande’s role in the Indian Mutiny of 1857. For a British reader, these inclusions definitely help anchor the story with just the right amount of nostalgia.

For those who did not grow up in the UK, I am sure that your countries have stories of post war immigration or migration that will resonate with you more than this one. Here in Australia, Christos Tsiolkas has created similar characters and stories. These stories are important as we celebrate the global melting pot in the face of the current political and cultural climate.

I am sure that not everyone will share my positive view of this book but I think I will be in the majority when I say that it has been a great choice for TGBC due to the discussion points it raises. The fact that Smith manages to also entertain her readers at the same time is a testament to how good a writer she actually is.

Finally, I can’t help wondering about what this book would look like if it was written now. In the aftermath of the wars in Iraq & Afghanistan, the London Bombings and Brexit, it would certainly make for a different novel. After all, what’s past is prologue.