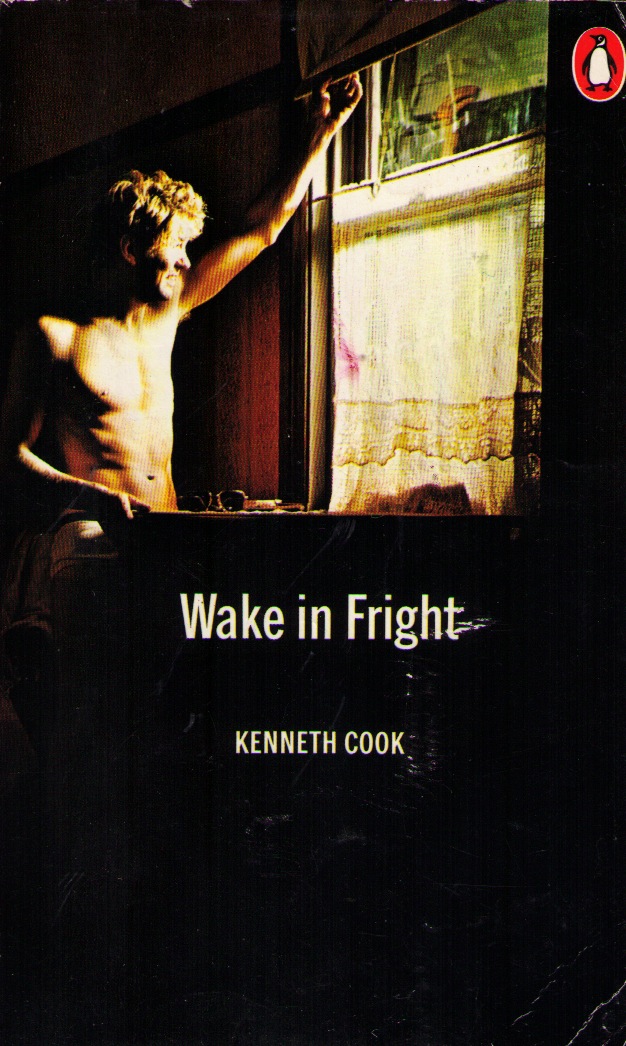 A booze-soaked Aussie horror yarn of misadventure and self-destruction.

Wake In Fright tells the story of John Grant; bound by financial handcuffs to the State Education Department, he serves as the schoolmaster in the blink-and-you-miss-it outback town of Tiboonda. Grant’s loathing of his surroundings is lessened by the knowledge that soon he will be spending his summer holiday laying on the beach in Sydney beside his unrequited love, Robyn. All he has to do is catch the Friday train from Tiboonda, stay overnight in Bundanyabba, and from there he is only a short flight away from the welcoming arms of civilisation. Enjoying a parting beer with Tiboonda’s miserly barman-cum-landlord, Grant successfully navigates the first leg of the journey, arriving in The Yabba (as the locals call it). Finding a drinking companion in local policeman Jock Crawford, our man is offered a throw of two-up, and an opportunity to make a quick buck.

But Grant is new to The Yabba, and friendly faces and a game of chance have a way of separating a fool from his cash.

Waking the next morning hungover and destitute, Grant is unable to leave The Yabba and finds himself relying on the kindness of the locals to help him get by. First it’s Tim Hynes, one of the regulars at the bar, offering beer to drink and a place to stay awhile. Then there’s Dick and Joe, work mates of Hynes, offering more beer to drink and a seat in their car for a kangaroo hunt. Also joining Grant on his descent to the bottom of each glass is Doc Tydon, “a doctor of medicine, a tramp by temperament, and an alcoholic”. The Doc is another mate of Hynes, who resides in a shack and has an uncanny tendency to appear when the beer begins to flow. He peddles prescription medication and dubious counsel, advising Grant that as long as he fits in and is a good bloke he could sponge all his food and drink in The Yabba. Deciding that “fitting in” would be in his best interest, Grant spends another beer-fuelled night with the locals. He awakens with a feeling of dread to the sight of Doc Tydon asleep in his bed, leaving an indelible mark upon Grant and his psyche forever.

Authors who romanticise the outback often have not grown up there, and it is the exact inverse that inspired Wake In Fright. Drawing upon his experiences working for the Australian Broadcasting Commission in the remote town of Broken Hill, Cook offers a sinister view of outback towns within our sunburnt country. Issues left unspoken in towns like The Yabba: alcoholism, homelessness, depression and suicide; they linger in the amber, beneath the foamy head of mateship in “the lucky country”.

Wake In Fright is probably best read sober as it might leave you having second thoughts about that next beer.