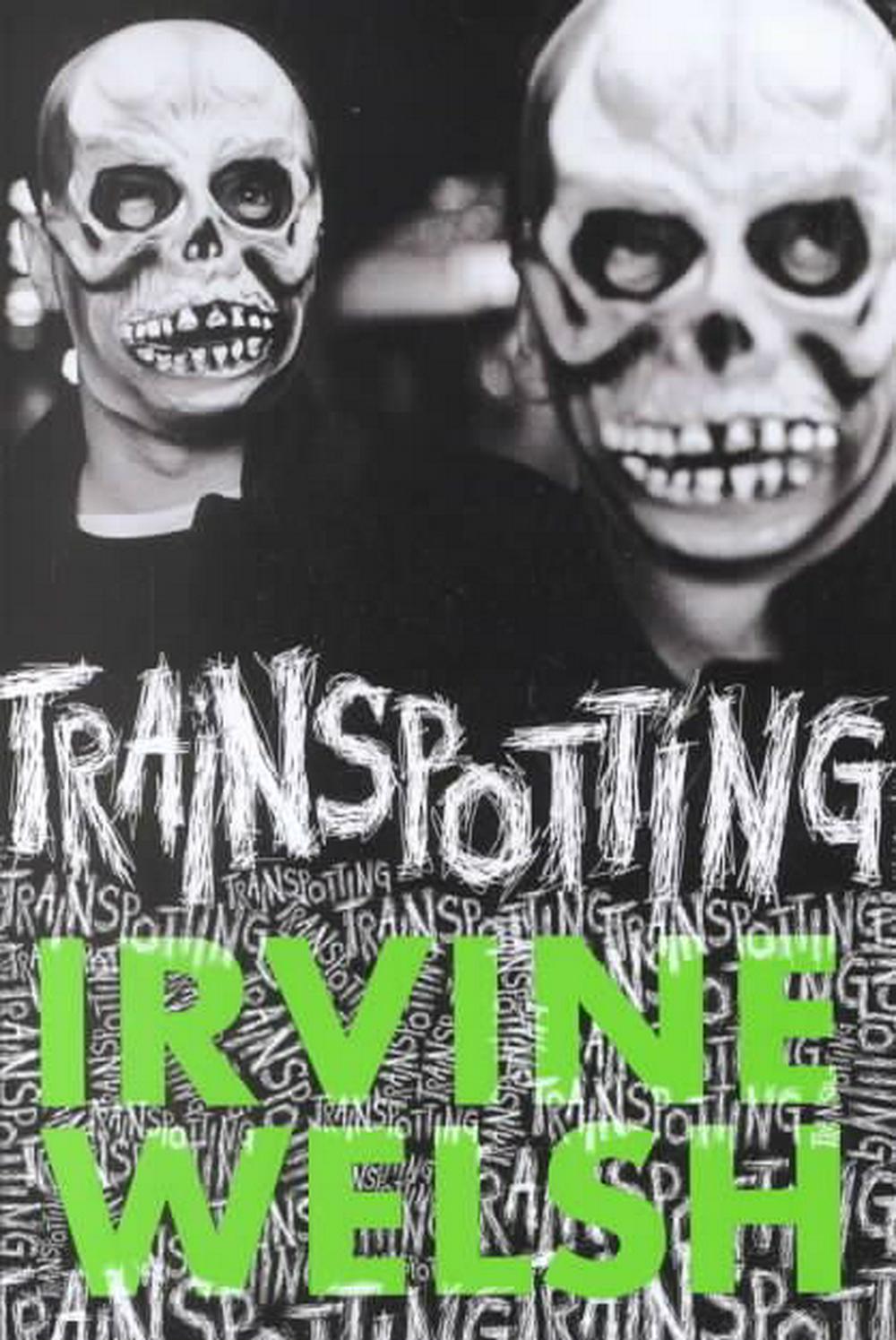 [The Soul] exists, it has a reality, it is produced permanently around, on, within the body by the functioning of a power that is exercised on those punished - and, in a more general way, on those one supervises, trains and corrects, over madmen, children at home and at school, the colonized, over those who are stuck at a machine and supervised for the rest of their lives. This is the historical reality of this soul, which, unlike the soul represented by Christian theology, is not born in sin and subject to punishment, but is born rather out of methods of punishment, supervision and constraint. - Michel Foucault, Discipline and Punish: The Birth of the Prison

‘Iggy Pop looks right at me as he sings the line: 'America takes drugs in psychic defence'; only he changes 'America' to 'Scatlin', and defines us mair accurately in a single sentence than all the others have ever done.”

Trainspotting is a collection of interconnected stories that, to put banally, deals with group of heroin addicts in Edinburgh. But to summarise the novel in such vanilla tones is like saying Iggy Pop is a singer, I mean, he is, but he is so much more than that. He’s got soul.

For me, the novel is as much about heroin as it is about politics, Scotland, class, power, identity, football, soul. The novel’s, and subsequently the movie’s, slogan, ‘choose life’ has been plastered on student poster walls around the world and contains the tragic irony that permeates Welsh’s characters. None of them really have a decent choice. And so the prison that is heroin addiction is juxtaposed with the prison of the banal life they should lead: ‘mortgage payments…washing machines…cars…rotting away.’ That’s the soul crushing tragedy in this novel. Choice. Renton’s heroin has a debatable extent of control over him but so does the trauma, dysfunction and sectarianism that cling to him throughout the novel; so do his existential fear of ‘a short disappointing life.’

Welsh’s non-linear collection of interconnected stories primarily take place in the port town of Leith to the North of Edinburgh, but the stories venture all over the city really (with a couple of notable forays to London) and Edinburgh is itself as much a character as the Skag Boys.

My own experience with Edinburgh would be as part of what Sick boy would call ‘a collection of zit-encrusted, squeaky-voiced wankers playing oot a miserable pretension tae the arts.’ I visited Edinburgh almost exclusively during/as part of the fringe, except once for a buck’s party, and never quite made it to Leith (from my own fallible memory). It is so important that Edinburgh (not Glasgow), home of the artsy, pretentions of the Fringe and the genteel traditions of the castle, is the setting for this heroin epic.

Edinburgh works because of this juxtaposition.

The architecture of Edinburgh itself is a metaphor for the layers of entrapment in the novel. It is a city built on top of itself, literally building over itself and bricking up those with disease in the 17th Century and becoming, in Welsh’s own words the ‘successful model for all UK cities in terms of so-called regeneration. Push the working classes out to the edges, camera-up the city centre and fill it with posh students, the ultra-wealthy and tourists.’ And so the Welsh’s novel reveals, and celebrates the subterranean elements of Edinburgh. The novel embraces Edinburgh’s origin as a ‘working class city’ and laments the lack of choice neoliberalism/progress/life, whatever you want to call it, has given them.

Under the grey stones and the castle amid the countless boozers, hills and alleyways, where Edinburgh meets the sea, stands Leith. Once the greatest port in Scotland, home to the disused shipyard and Trainspotting’s backdrop is the familiar one of a declined industry and a forgotten people. Ships, trains, industry and the jobs that came with that have gone and what all that’s left to replace it is frustration, rage and boredom. But that’s not the Edinburgh on the postcards; that’s not the Edinburgh that privileged, spotty drama students see; that’s not Welsh’s Edinburgh.

Trainspotting (the hobby) is a somewhat kooky, by reputation, amateur interest in railways and railroads. Trains are the symbol of progression, industry and progress; of the industrial revolution. Trains take you places; give you a choice (although somewhat limited) and a path. The train station in Leith is disused, abandoned, home only to their drunk, homeless fathers. Trainspotters are passionate about something, whereas the only trainspotting the Skag Boys are doing is for the stops on their own veins. The docks have closed down, the spotty university students patronise them and women in the park treat them like ‘vermin.’

And in their specific branch of Trainspotting, in the rejection of the docility and enslavement of ‘choose life’ we see this essence of punk rock and the soul of the novel.

Trapped in Edinburgh’s socio-political catacombs, Rents chooses heroin, but that’s killing off all around him, through AIDS and overdose and this is his punk rebellion. The power exercised on him, punished through his birth, is a meaningless existence or a swift death. In resistance to this power we find a novel that, like a topless Iggy Pop pogoing and snarling Lust for Life, has soul.