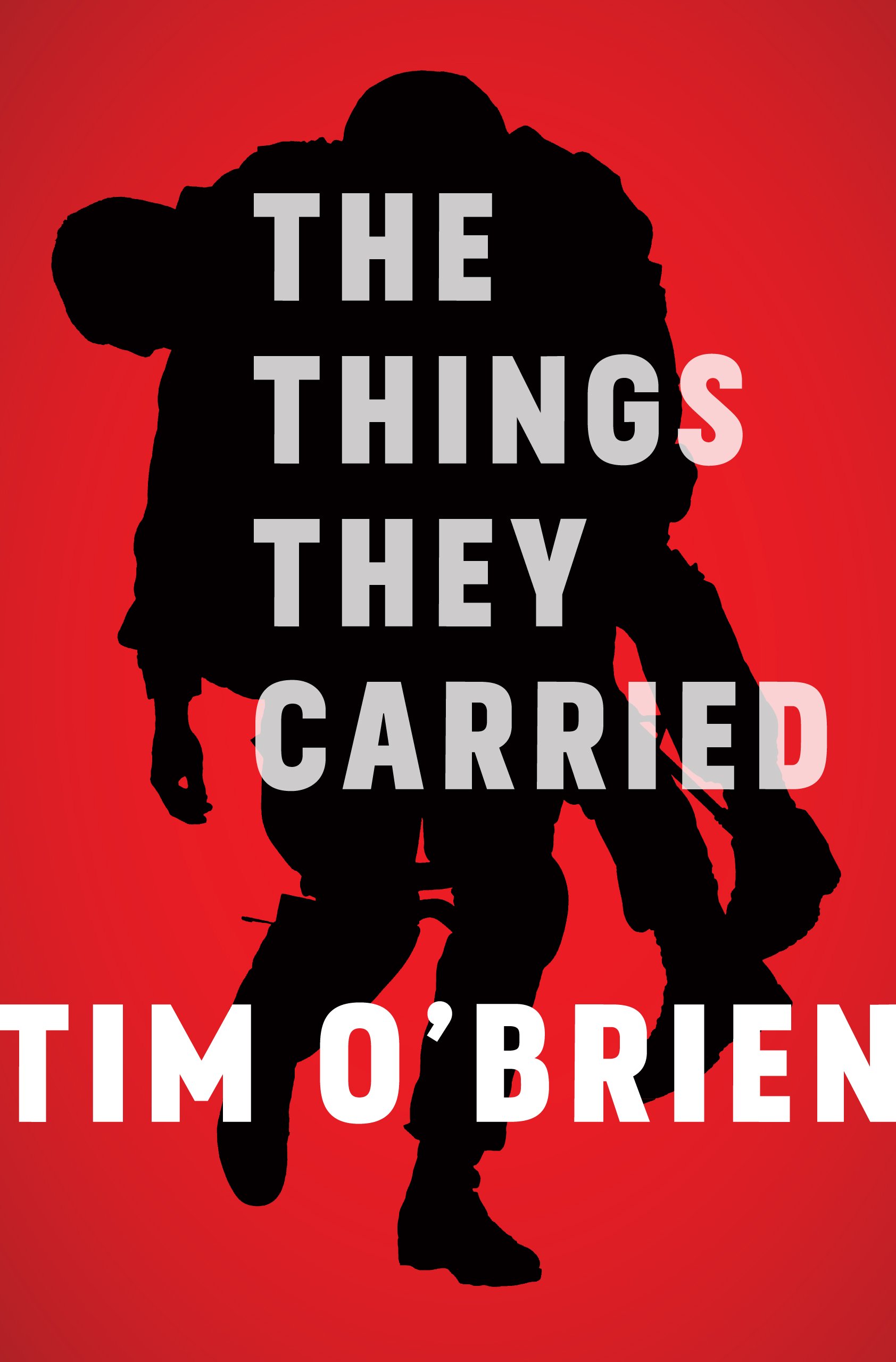 Rightly lauded as being among the most important literary narratives concerned with representing – and reflecting upon – the experience and legacy of America’s Vietnam War, Tim O’Brien’s The Things They Carried (1990) is a self-described “work of fiction” that is, nevertheless, a clear and openly autobiographical series of interlinked stories drawing names, places, events and emotional impact from the author’s own memories, both of the war and its aftermath.

This apparent contradiction between O’Brien’s description of the work as being “imaginary” save “for a few details regarding the author’s own life” and its simultaneous dedication to “the men of Alpha company, and in particular to Jimmy Cross, Norman Bowker, Rat Kiley, Mitchell Sanders, Henry Dobbins, and Kiowa” (all names of both the book’s characters and, we are invited to assume, real world individuals the author served with) is not merely incidental. Indeed, O’Brien’s narrative is quite directly concerned throughout with questions about the ambiguous lines between truth and fiction, between the different kinds of truth we tell about the world and, most of all, with the ways that storytelling is inextricably bound up with our own sense of self.

Hence, for example, we are told several times about the particular way Rat Kiley has of recounting his war stories, as in ‘Sweetheart of the Song Tra Bong’ when the narrator tells us that “Rat had a reputation for exaggeration and overstatement, a compulsion to rev up the facts … It wasn’t a question of deceit. Just the opposite: he wanted to heat up the truth, to make it burn so hot that you would feel exactly what he felt.” What this gets at is a kind of metaphorical truth, what literary scholar Timothy Dow Adams means when he writes that “autobiography is the story of an attempt to resolve one's life with one's self and is not, therefore, meant to be taken as historically accurate but as metaphorically authentic” (Telling Lies in Modern American Autobiography). O’Brien writes: “You can tell a true war story by the way it never seems to end” – and The Things They Carried seems to circle endlessly around precisely this desire to resolve one’s life and self, to make sense of the distance between what one has been through, been weighted down by or done and who one is, in some other, bigger and more enduring sense.

Part of the answer, of course, is that our stories can become (or perhaps, cannot help becoming) our selves. For a writer, more so than anyone else, this is a potential source of redemptive power, a way to live with inevitable loss. As in the final story, ‘The Lives of the Dead’ when O’Brien describes the death of his childhood love, Linda from a brain tumour: “She died, of course. Nine years old and she died … But in a story I can steal her soul. I can revive, at least briefly, that which is absolute and unchanging. It’s not the surface that matters, it’s the identity that lives inside. In a story, miracles can happen.” In the end, we are led to wonder, is the self perhaps nothing more than metaphorical truth, a sense of singularity and wholeness braced against the assaults and invasions of an inchoate world outside – the experience of soldiers moving through a messy, morally ambiguous war in which “the things they carried were largely determined by necessity”; the knowledge that even nine year old girls sometimes get sick and “don’t ever get better.”

But even that would be to miss a part of the burden we carry, the responsibility of choice we cannot escape. Part of the great power in O’Brien’s narrative is that it combines a tragic evocation of the ways that men and women (in a way similar to how Linda’s death is described, we are told how Mary Anne in ‘Sweetheart of the Song Tra Bong’ eventually “walked off into the mountains and did not come back”) are acted upon by forces outside their control and shaped by the world – without ever letting go of the sense that they remain, also, autonomous selves with the simultaneous capacity for compassion and cruelty, courage and cowardice.

This is arguably where O’Brien’s authorial voice becomes most effectively moving, being that of “a quiet, thoughtful sort of person, a college grad” who meets the realisation that “after seven months in the bush … those high, civilised trappings had somehow been crushed under the weight of the simple daily realities. I’d turned mean inside. Even a little cruel at times. For all my education, all my fine liberal values, I now felt a deep coldness inside me, something dark and beyond reason.” We are presented with few easy or simple ways to be good, O’Brien suggests, but that gives little respite from the weight of confronting our failures nonetheless.

But for all the undeniable complexities of place and circumstance, time and memory on which O’Brien reflects, that he turns over and examines in these stories of war and self, there remain moments of simple, if often cutting, moral clarity that stand out all the more so by comparison. Sometimes, the starkness of a simple observation inverted from what society has told us to believe, from how the world has demanded we act, shoots out from O’Brien’s narrative and hits the reader with both its obvious truth and sprawling implications. Such a moment comes at the end of ‘On the Rainy River’ in which O’Brien recounts the few days he spent staying at a remote lodge on the river border between Minnesota and Canada, contemplating whether or not to flee north and escape being “drafted to fight a war I hated.” While he initially outlines a variety of reasonable, high-minded and civilised objections to America’s war in Vietnam (“blood was being shed for uncertain reasons. I saw no unity of purpose, no consensus on matters of philosophy or history or law. The very facts were shrouded in uncertainty”) the story ends with a simpler motivation for the choice of whether or not to fight. At the moment of truth, willing himself to jump from a small aluminium boat and swim to shore on the Canadian side, O’Brien’s narrator cannot:

“All those eyes on me – the town, the whole universe – and I couldn’t risk the embarrassment. It was if there was an audience to my life, that swirl of faces along the river, and in my head I could hear people screaming at me. Traitor! They yelled. Turncoat! Pussy! I felt myself blush. I couldn’t tolerate it. I couldn’t endure the mockery, or the disgrace, or the patriotic ridicule. Even in my imagination, the shore just twenty yards away, I couldn’t make myself be brave. It had nothing to do with morality. Embarrassment, that’s all it was.”

At moments like this, O’Brien’s stories touch on the recurring importance of understanding how we can all be moved to act, to do one thing or another, not because of what our minds or morality tell us, but instead because of something we sense, for good or bad, in the gut. “A true war story makes the stomach believe.”

‘On the Rainy River’ ends with a remembrance and confession: “The day was cloudy. I passed through towns with familiar names, through the pine forests and down to the prairie, and then to Vietnam, where I was a soldier, and then home again. I survived, but it’s not a happy ending. I was a coward. I went to the war.” We move along, often, as if through bland normalcy or insignificant moments when in fact, we are shaping the stories of not just ourselves, but the world around us. And they are what remain.