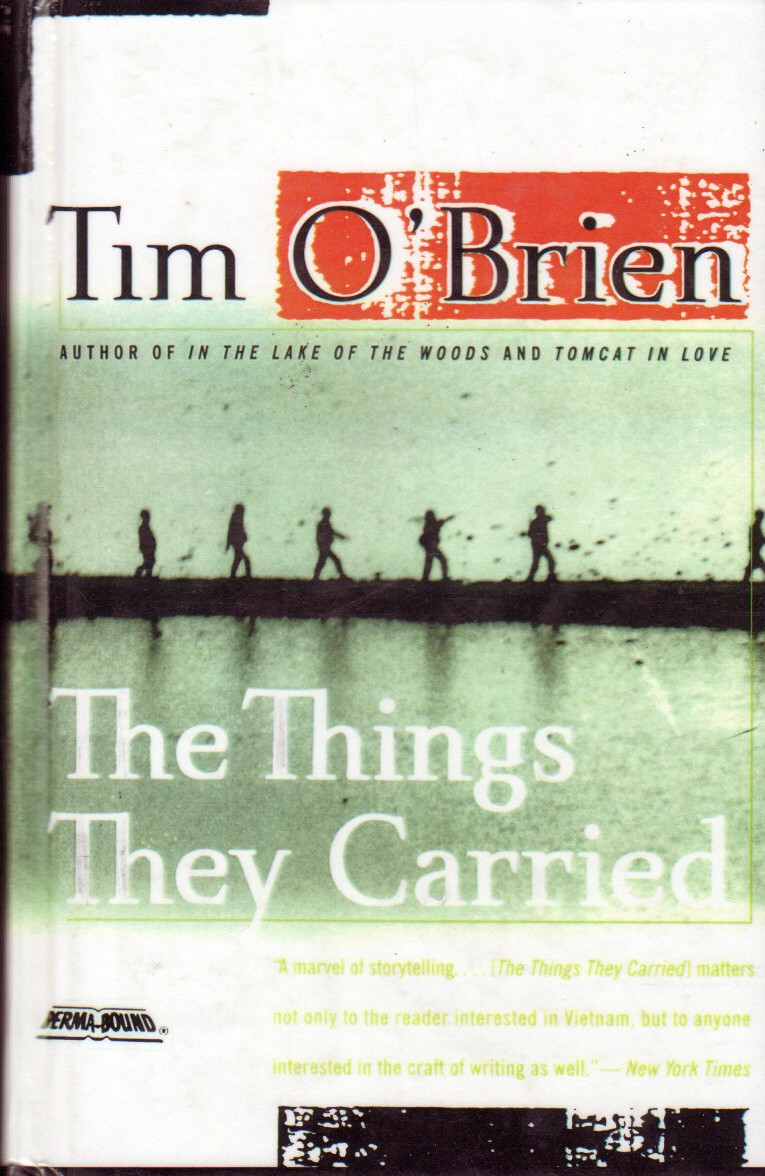 “They carried all the emotional baggage of men who might die. Grief, terror, love, longing - these were intangibles, but the intangibles had their own mass and specific gravity, they had tangible weight. They carried shameful memories. They carried the common secret of cowardice barely restrained, the instinct to run or freeze or hide, and in many respects this was the heaviest burden of all, for it could never be put down, it required perfect balance and perfect posture. They carried their reputations. They carried the soldier’s greatest fear, which was the fear of blushing. Men killed, and died, because they were embarrassed not to.”

“But Ted Lavender, who was scared, carried 34 rounds when he was shot and killed outside Than Khe, and he went down under an exceptional burden, more than 20 pounds of ammunition, plus the flack jacket and helmet and rations and water and toilet paper and tranquilizers and all the rest, plus the unweighed fear. He was dead weight. There was no twitching or flopping.”

“A true war story is never moral. It does not instruct, nor encourage virtue, nor suggest models of proper human behaviour, nor restrain men from doing the things men have always done. If a story seems moral, do not believe it. If at the end of a war story you feel uplifted, or if you feel that some small bit of rectitude has been salvaged from the larger waste, then you have been made the victim of a very old and very terrible lie. There is no rectitude whatsoever. There is no virtue. As a first rule of thumb, therefore, you can tell a true war story by its absolute and uncompromising allegiance to obscenity and evil.”