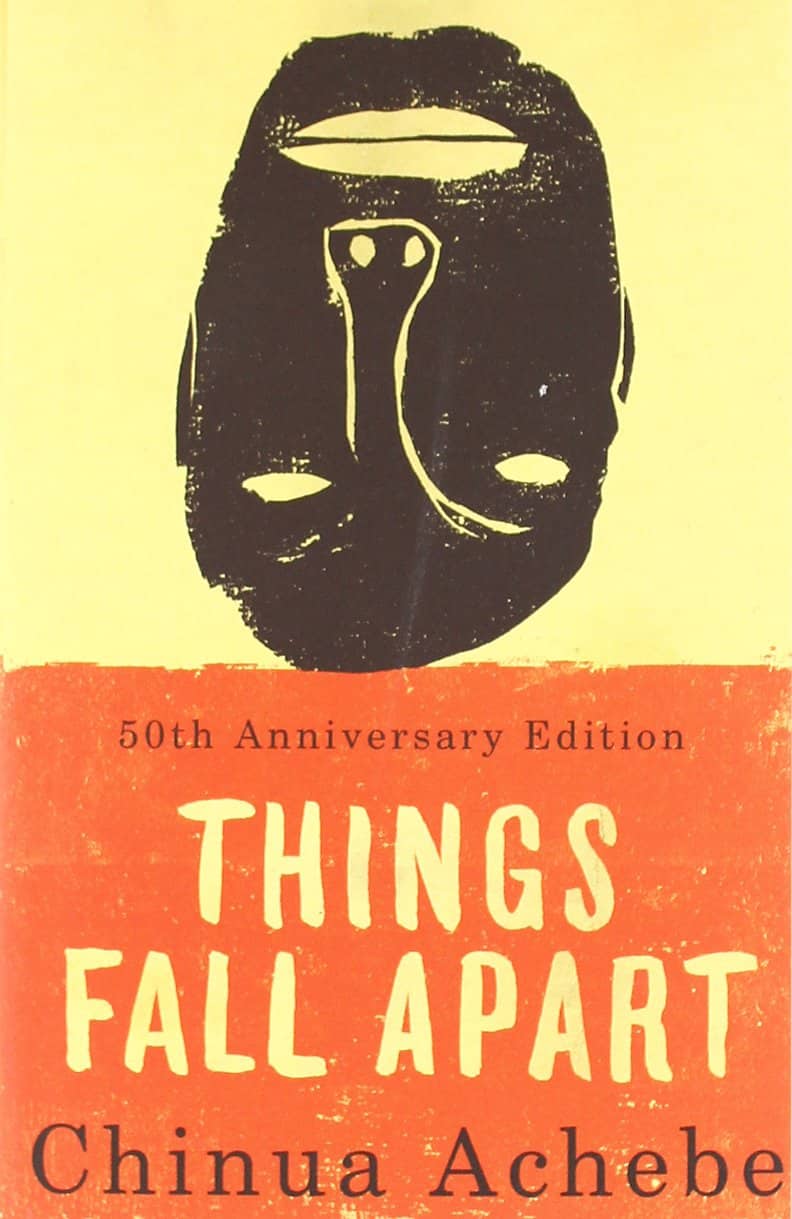 A book that’s reputation certainly precedes it. I think my preconceptions made me anticipate that this book was more “important” than it was “great”. But I was totally wrong. Sure, it is historically significant; they call it the first third-world classic, and for that alone it should be revered. But – all of that significance aside – it’s a fantastic story, well told.

Okonkwo is one tough motherfucker. Haunted by the weakness of his drunken father he worships strength and abhors weakness in equal measure. It’s a philosophy that’s working for him, he’s the most respected man in the village, successful on the battlefield and in the bedroom. As long as things stay the same, he seems to have a good handle on things. But who are these pale strangers who preach peace and are welcoming to the meek and pathetic? If their ideology of servitude to a god of piety and submission catches on, then Okonkwo’s society – and his entire worldview – is set to be turned upside down.

This has something of the Greek tragedy about it. The ending is there in the title (also, I think it’s my favourite title of anything ever). We know things aren’t going to end up well, but there’s something so sadly satisfying about watching it happen. This helps explain the books unusual narrative structure (the first two thirds of the story are tensely forthright), every event is a potential portent of cataclysm. The reader watches with morbid fascination as everything starts to come undone.

It also dilutes the simplicity if the post-colonial narrative status-quo. Okonkwo’s society is far from idyllic, it’s brutally violent, but how could anything be worse than what was to come? How is the reader supposed to feel when terrible things happen to people we perceive as terrible? Now reconsider that question on a level of societies.

A book haunted by the twentieth century. Just excellent.