The Snows of Kilimanjaro - Ernest Hemingway (1936) 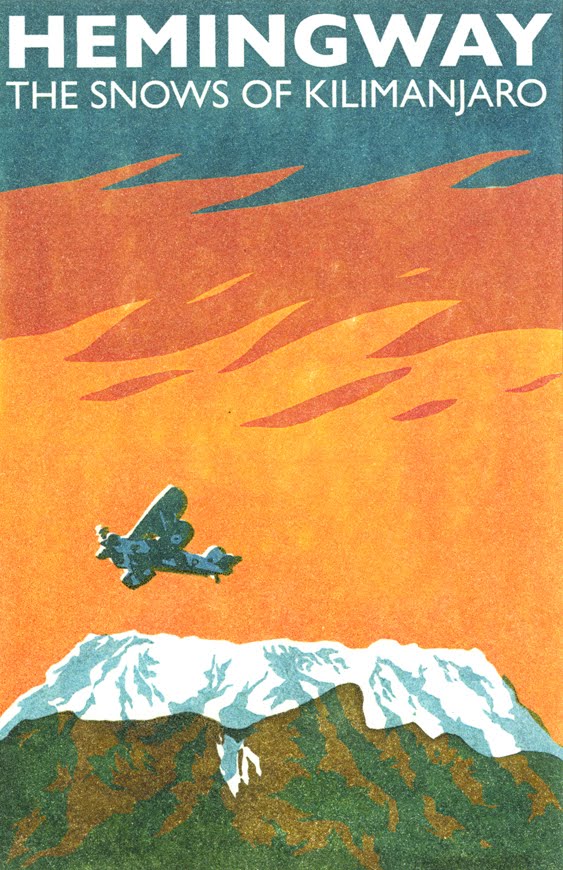 No one wants long short stories. That’s just false advertising, like popping into a fast food restaurant and joining a queue. And so it’s with both a tip of the hat to Hemingway and a sense of relief that Snows of Kilimanjaro respectfully obeys the International Law of Short Stories: all 18 stories, to a man, are short. None of these extend beyond 25 pages and some barely require the turn of a page.

Some tales feel like they are driven by Hemingway’s need to put ideas down in writing. Like peering over the shoulder of Picasso doodling. As the lead character in the lead story says, characters often feel like they are “one of the things I had saved to write…there was always so much to write”.

And if there’s brilliance in these stories, it’s that Hemingway doesn’t waste a single word. In fact, he barely needs a paragraph before the reader is teleported to another country, another field, another time. The powers of description are insane and you’ll be quickly smelling the wood fire smoke on your clothes, spitting blood onto the sawdust floor, and feeling the weight of a gun in your hand.

It makes for a surprisingly intense read. There’s blood and violence on many a page - the horn through the hand of the too-slow matador, the bush doctor performing a caesarean operation, the lynching of the jockey trying to score big, the shelling of trenches, the pot shots over the barricades – often with a backdrop of hard rain. But there’s comradery and highs too from the sharing of a good whisky over a camp fire with a stranger, to the escalation of a long run off a Swiss ski slope with a best pal.

The lead story itself, the Snows of Kilimanjaro, tells of the last days of a man’s life (plausibly Hemingway projecting his own end-of-life thoughts) injured from a hunting accident. Far from medical care, he sweats out the final hours with a mixture of regrets, feverish life reflections and stubborn resignation. The vultures circle, hyenas loiter, and everyone strains for the distant sound of a rescuing plane that isn’t going to come. But as death eventually comes the reader is left with their own quiet questions: I wonder what how harsh I’ll judge my own life at the end? Will it be a series of regrets or a collection of greatest hits?

For some in our Chapter, there wasn’t enough glue to bind the stories together. There’s the odd repeating character, such as Nick at different stages of his life, but on the whole, they stand apart. But maybe each of these stories represents a moment or memory for each character that burnt so vivid and bright that they would feature on the final playlist of lasting memories. Some might be life changing - the day a kid is told his hero dad has been murdered. And some, like the final story of setting up camp after a long hike, are of simple pleasures where happiness peaked in an imperfect world.

If you want an intro to Hemingway without the commitment of For Whom the Bell Tolls, give these stories a shot. Short stories scratch a different itch to a novel: they quickly bring a different perspective, none outstay their welcome, and many will leave you wanting more.