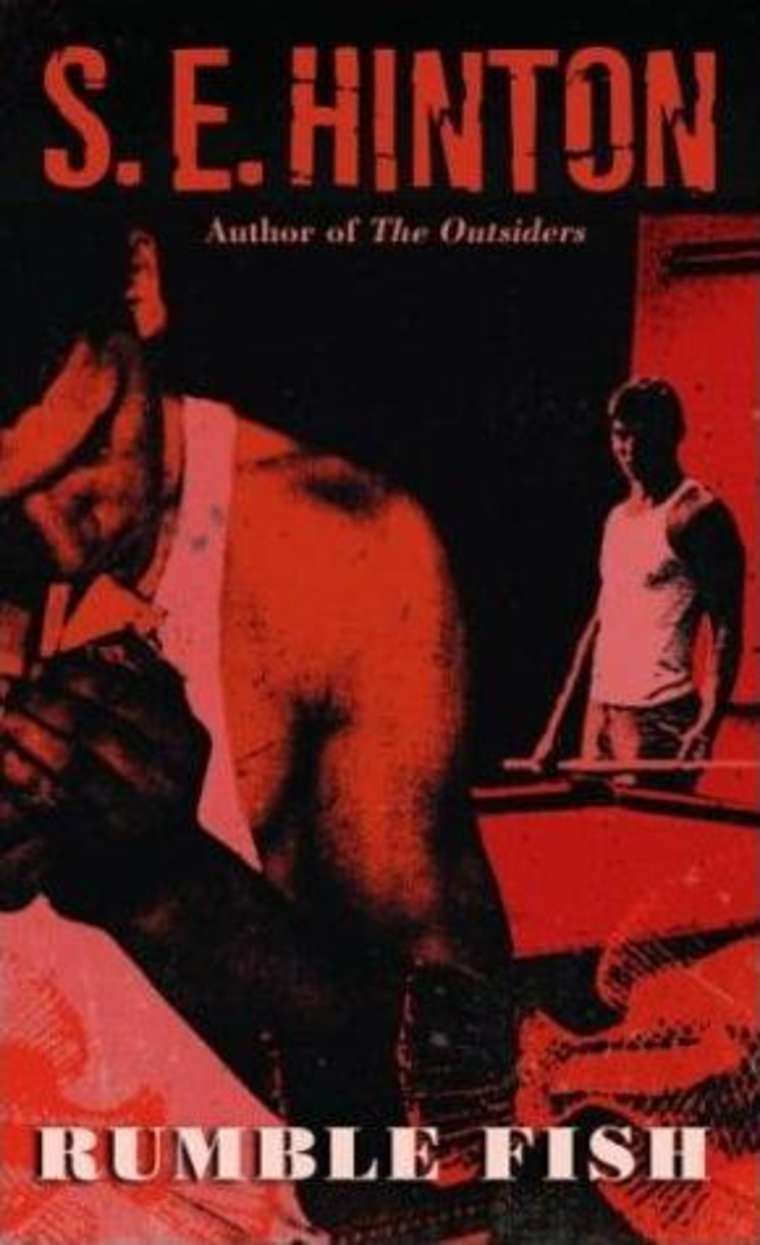 A: So, James, we read Rumble Fish. What did you think about the protagonist?
J: I hated him. He’s dull. He’s not willing to learn. He makes mistakes but he’s not willing to learn why. He hasn’t taken control of his life.
A: Why did you like him?
A: I didn’t, particularly.
How do you think he came to be like this?
J: Losing his mother. He has no femininity. He was raised by his father and hero worships his his brother. He doesn’t understand women. He really doesn’t.
Did you find any redeeming characters in the book?
A: Steve. He took a beating to protect his mate.
J: Was Steve the best of them?
A: Yep.
J: Why was Steve the best?
He grew.
He knew that him going out would result in him getting a beating, but he did it. Yet he did it. He did it for Rusty James (RJ). Rusty James is a train wreck. Steve really grew up. You remember Steve at the start and you just don’t know what he’s been through, yet it’s horrific.
What did you think of RJ as the leader of his gang?
A: I think it was entirely circumstantial. He fell into it but wasn’t prepared for it. He is not a leader in any capacity. He’s only perceived as tough. Perception is fucked. That’s why Trump has followers.
J: But like Trump, he’s adopting an aggressive approach under the impression that he’s living up to others’ expectations.
Do you think Motor Cycle Boy (MCB) can be held accountable for how RJ turned out?
A: No. MCB will always form a part pf RJ’s formative years as his elder brother, but if anyone can be more accountable for RJ’s life than himself, it’s his parents, and they weren’t present or in any way loving.
J: I tend to agree with that. He obviously had strong parents but they were by no means prepared to raise children like MCB and RJ.
A: What chance did RJ have if his parents had already spent their parental capabilities on MCB?
J: Yeah. It’s like they had their first son and they gave up on their first son completely.
Do you find RJ has learnt any lessons by the end?
A: No. He’s been given ample opportunities but has not developed mentally in such a way that he can recognise the opportunities and utilise them. Just like a kid in any classroom who has not met the developmental standards for his or her year level, RJ has likewise missed out on what he needs to know. He is essentially spinning his wheels rather than absorbing new skills and information and advancing forward.
J: There’s no meaning to MCB’s death. Is that a fair statement?
A: I don’t know. Maybe there’s a lot of meaning in it, but perhaps more for others than for MCB. I think MCB ran out of meaning, hence checking out, but we can all draw meaning from his story. I hope so anyway.