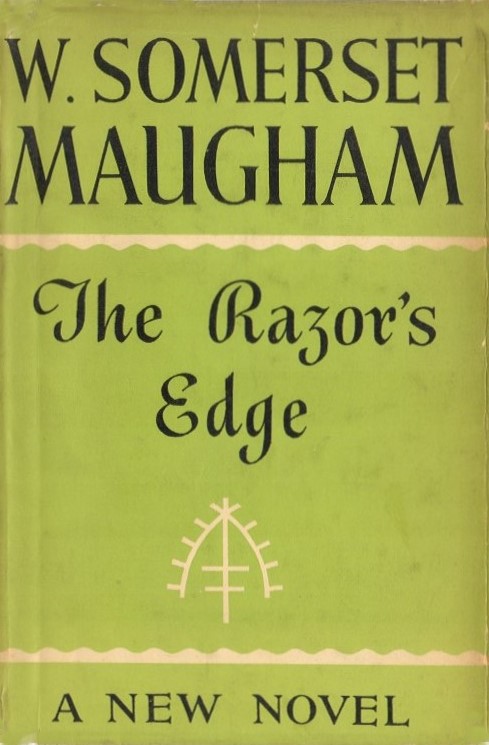 W. Somerset Maugham is rarely talked about in the same breath as other 20th century literary greats but at the time he worked he was one of the most popular writers in his home of Britain and also America. The Razor’s Edge was his last great novel and remains one of his most enduring. It’s diverse themes, including Eastern Mysticism, war-weariness, social responsibility and class battles resonated with post war audiences when it was published and they ring true today.

Larry Darrell is a young American pilot just returned from Word War I, the experience has left him injured and traumatized by the death of a close friend. When he returns Larry is expected marry his beautiful fiancée Isobel and take up a job in business as befits a man of his position in Chicago’s upper class.

Larry surprises everybody when he announces he has no intention of following the prescribed path, breaks up his engagement and begins a decade long journey that takes him from Paris’ underbelly to the Indian mountains looking for some kind of meaning in a world he struggles to understand after the trauma he endured during the war.

Maugham puts himself in the novel, claiming the story of Larry Darrell is a thinly veiled account of true happenings; as such the writer passes wry judgments on his characters throughout.

In The Razor’s Edge Maugham has captured the existential angst that humans suffer when meaning and purpose eludes them, and suggests an alternative to the prescribed way of life that espouses the ethos of the literature from the Beat Generation, prefiguring them by a decade. The tension between what we want and what is expected of us is deftly explored by Maugham as he wanders in and out of the characters lives. A story about the consequences of rejecting expectations and the perils of conforming to them.