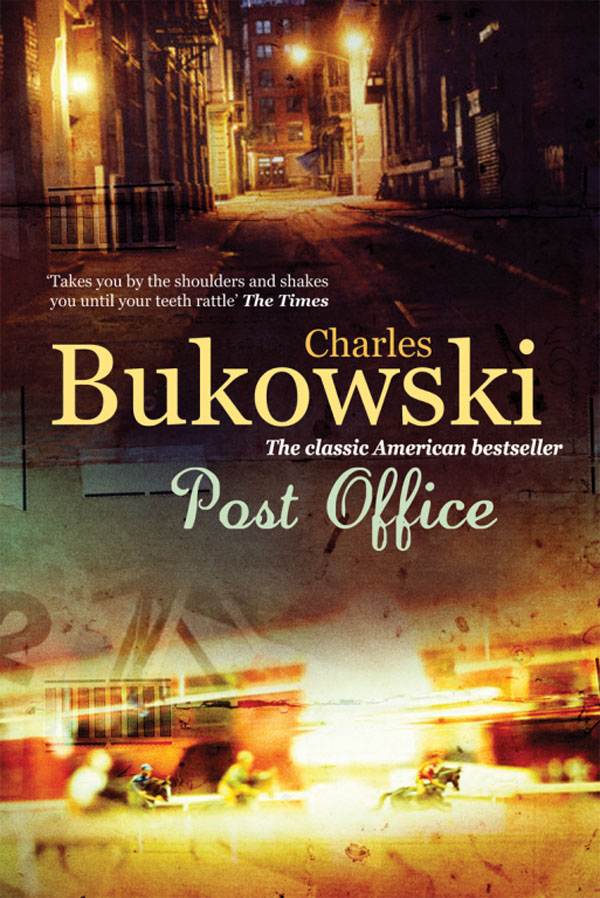 Henry Chinaski is a tough guy. He’s the invention of Charles Bukowski, a poet and writer who used to work with the post office. And this is where Chinaski works too. We follow him on what amounts to a story that’s pretty disjointed and full of some pretty sick goings-on. If you tried to graph it, it would probably look something like an ECG printout. There’s the monotony of work. There are the human glimpses of the characters being crushed by it. There’s the sudden euphorias and the mighty troughs of alcoholism, gambling, and the baffling absurdities of trying to deal with other people’s shit. Other men. Other women. People going in and out of your life.

And while there’s much to dislike and even despise Chinaski for, there’s a vein of tenderness that punches you in the guts. And it lives in how he responds to moments of genuine human gravity. The dying ex-girlfriend. The crushed life of an aging colleague.

And the kind of toughness Bukowski is offering us through Chinaski is of a fractured variety, sure. But he understands that too. He says, here, let’s take your complaints and your desires and your death-wishes, your worship of the rock-star, self-destruction model that you’re all kind of addicted to, in a way, and let’s give you a real glimpse of it. If you gave in, if you didn’t try—as his grave famously states—how could it end up? But it’s not like a moral from a fable he’s offering you, because he still includes the attractive stuff. He still plays off it. And that’s where it’s beautiful, and ugly at the same time.