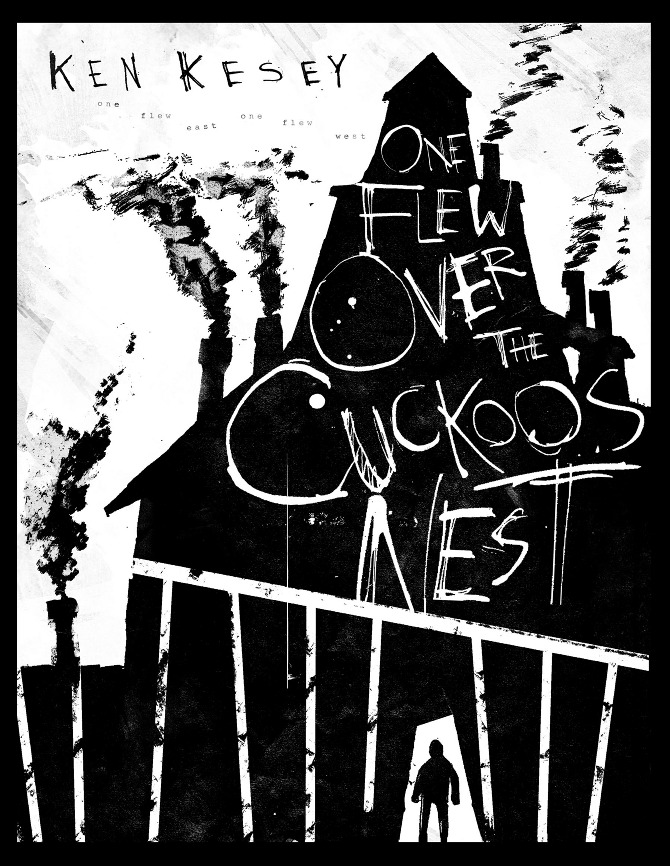 One Flew Over The Cuckoo’s Nest is genius and wonderfully entertaining. Ken Kesey crafts an extraordinarily compassionate story about the healing, unifying and empowering strength and potential of man and brotherhood.

McMurphy, the ultimate lovable larrikin and quick-witted gambler, is transferred from a prison work farm to an insane asylum, seemingly because the perks in the loony bin suit him better. His booming laughter rattles the disinfected hallways like never before, attracting the intrigue, admiration and respect of his fellow patients whilst earning the keen attention of the ex-army Head Nurse, Miss Ratched, and her submissive staff. The book presents McMurphy and Miss Ratched’s slow motion and calculated locking of horns as they fight over freedom - on many levels.

Although written in the early 60’s, Kesey’s insights into our approach towards the mentally ill is still relevant and frightening. He deals with it in such a way that the mentally ill are elevated to the level of vulnerable human while those in charge are deflated to the same, showing that all men possess strengths and weaknesses but are separated by agendas, external expectations, ideals or, sometimes, simply by the way their cards happened to be dealt. Regardless, McMurphy has the energy and constitution needed to wake everyone up and start to question their lot in life, something that is seldom possible through the fog of medication, shock therapy, fear and mind-numbing boredom.

In a story where the dominant characters are generally women, McMurphy goes on to also represent a return of men to their foundational masculine traits and strengths as they stand up to be counted. Ultimately, it’s not entirely clear whether Kesey is suggesting that femaleness or institutionalisation is the more overwhelming force responsible for reducing men to ‘rabbits’, but both are certainly explored and challenged. It can be an awkward dynamic to grasp at times, particularly at the story’s affecting conclusion. Considering Kesey’s concept of power and where he thinks it comes from is definitely food for thought.

One Flew Over is ripe with humour, rich language and dialogue and those lines that stop you in your tracks, leaving you wanting to reread and sit with them for a while. The writing gives a strong sense that Kesey is writing what he knows. His sentiment, a respect and belief in mankind’s ability to find its way with the right guidance, shines through in a very natural, unforced way. Everyone needs a little McMurphy in their lives. If you don’t know him already, you need to.