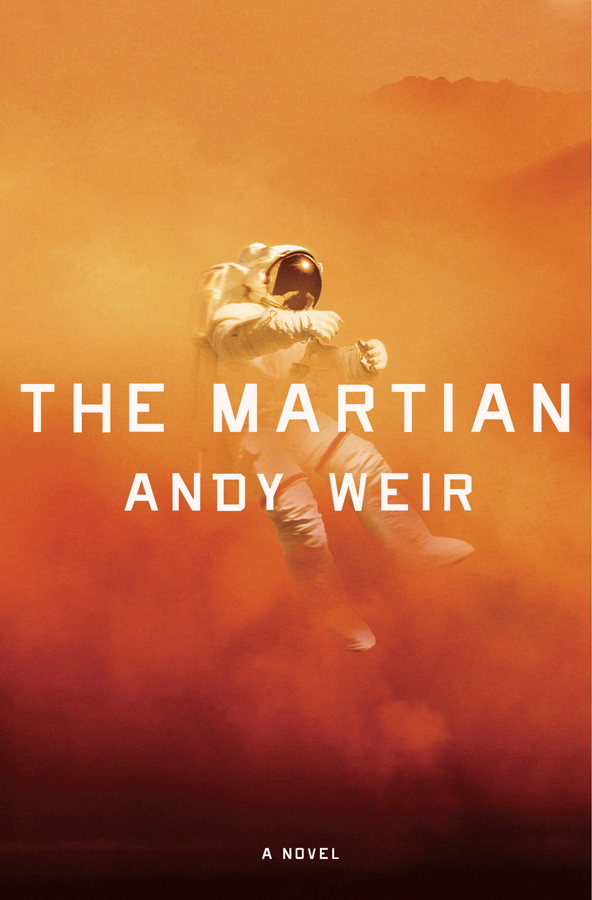 Debut novels are difficult things. Often a writer has to take some time to find their voice, to get their legs, and of course to find a responsive readership. The Martian seems to have skipped all that. Weir’s novel tells a story of space exploration in the very near future, this is science fiction rooted very firmly in science fact. In particular it tells the story of space exploration that has become just slightly prosaic – the third manned mission to Mars was never really supposed to be much of a big deal.

So when Mark Watney wakes up abandoned and left for dead on the surface of Mars he uses his quick wits and training to work out exactly how and when he's going to die. He quickly realises he has no communication equipment and nowhere near enough food. What follows is mostly written as a series of logs detailing his adventures and derailing into discussion of The Dukes of Hazzard, Pirate Ninjas, a box of radiation and some poop, as he struggles to survive and stay sane as long as humanly possible, in the desperate hope that someone will help him.

Hilariously written and yet surprisingly scientifically minded, The Martian is an exceptional debut novel. It was originally self-published, storming Amazon’s ebook market and getting snapped up by a publisher. Its release was timed well, the same year as the fascinating Curiosity mission. It is now is in the process of being adapted for a motion picture, directed by Ridley Scott and starring Matt Damon. This is an unheard-of impact for a first novel.

The Martian is undoubtedly deserving of this attention, it is laugh-out-loud funny and a compelling read all through. The science is solid, and is not dumbed down despite being made entertaining. The book is largely about science and math, and celebrates them unapologetically. Science and math are the most valuable tools for Watney’s survival. He is alone, hundreds of thousands of miles from any threats human or animal, no need for spears or guns. The only way he can get out of trouble is with imagination, wit, and careful calculation.

Mark Watney is “The Martian”. Set sometime in the near future, we join him on the surface of Mars, just days into a mission to the planet with five other crew members. Watney is lost (presumed dead) after a catastrophic storm strikes the team’s base, forcing them to abandon the planet, the mission and their deceased comrade. By itself, this sad episode has all the makings of a very abrupt short story.

Instead, this gut-wrenching opening cues the start of a rollicking tale of suspense, endeavour and smart-assedness that induces laughter and hypertension in equal parts throughout. We soon discover Watney is in fact very much alive – and rather than succumb to the many, many odds stacked against him – he chooses to try and hold out for rescue in his cold, dusty, red home.

In parallel with the story of his (very resourceful) efforts to remain warm, fed, breathing and hopeful of not dying is the plot being hatched back on Earth to save Watney, after his official status as “deceased” is upgraded by NASA. These two strands are woven into a witty, enlightening story of hope, potatoes and seventies music that will appeal to science-fiction fans and general readers alike.