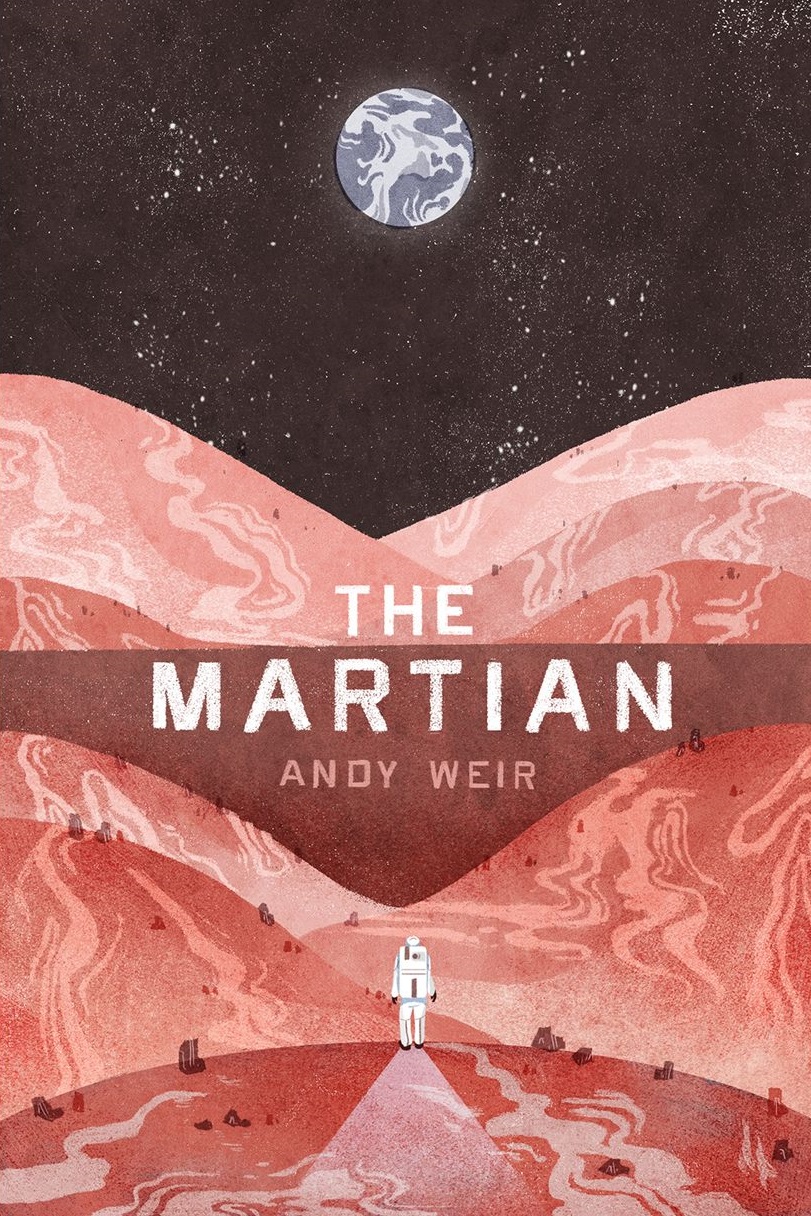 A boys own adventure set on the big red planet, The Martian sets up our ‘hero’ biologist/astronaut Mark Watney as a McGuyver type character who can solve almost any problem with a little know how, a few tools and occasionally some luck.

Stranded on Mars after a major dust storm hits and his colleagues believe him dead, Watney must use whatever he has at hand to survive while back on earth NASA tries to work out how, and if, to retrieve him. As I said at the start, a real boys own adventure, there is very little character development here, just a series of adventures, close calls and a hell of a lot of ‘geekery’ as Watney attempts to survive, grow food, maintain his sanity, build things, break things, make water and traverse Mars to his pick up point.

With a cast of far too many characters to ever remember, (that lack of character development makes it hard to keep track of some of them) the chapters gather speed, drawing you in as Watney is faced with one seemingly impossible task after another. It is to Weir’s credit however that each task is solved with a logic that does not seem far fetched.

His own background in programming and his self admitted obsession with space and physics coming to the fore. Occasionally the reader may find themselves lost in the nerdspeak but generally, Weir has kept it simple and easy to follow. Although you do have to wonder at times how come Watney knows so much across so many disciplines. But hell, it’s a book about a guy stranded on another planet. Belief is already suspended so just enjoy the ride. Written with more than a dash of self deprecating humour, I have to admit I laughed out loud more than once. The Martian is no masterpiece of modern literature but it delivers what it promises - adventure, more adventure, laughter and maybe just a little more adventure again. You’ve read worse.