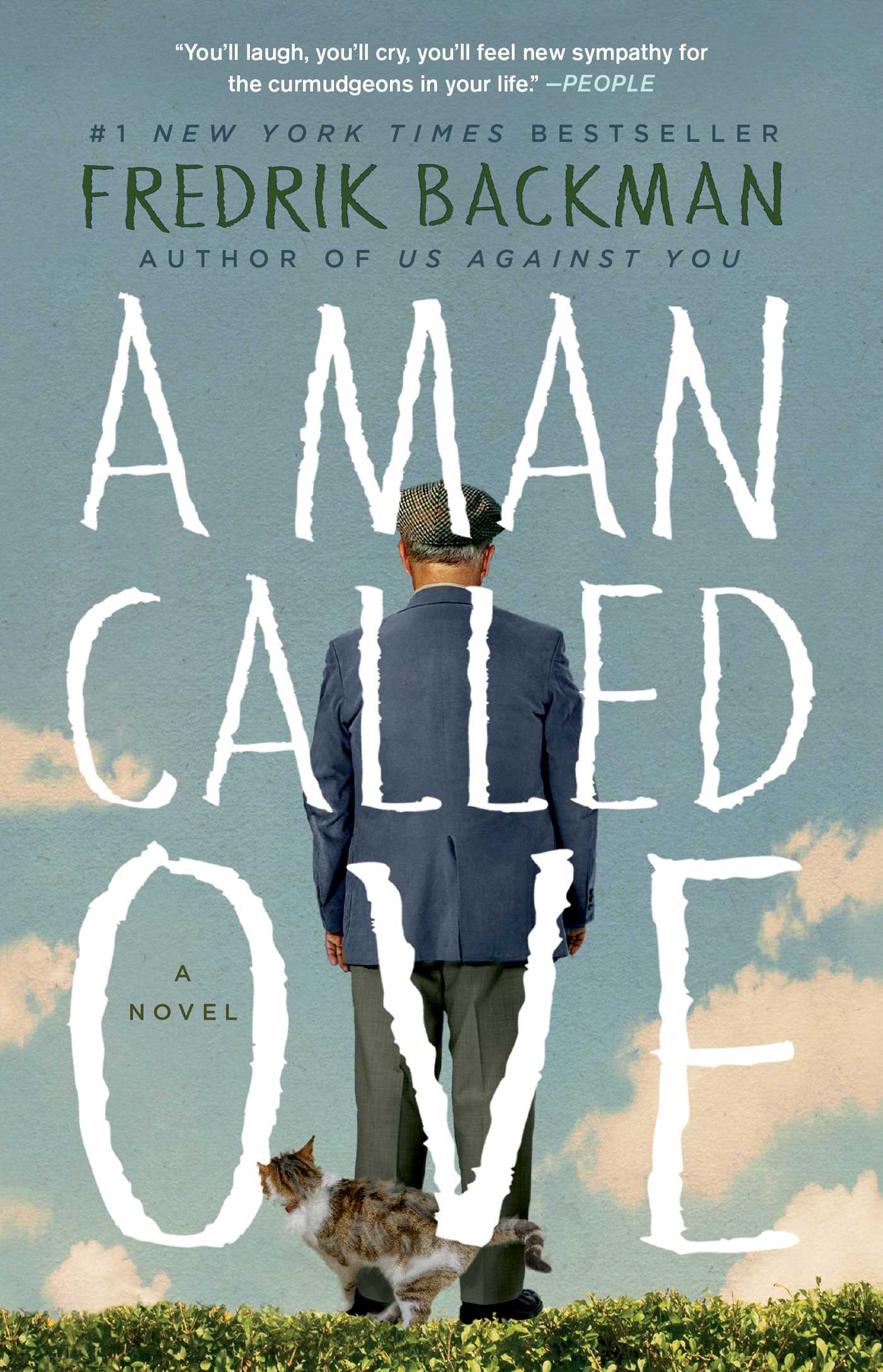 In the first few pages it's clear Ove is the archetypal curmudgeon and he's going to spend the entirety of the book coming good. Roll out the supporting cast of a feisty and persistent neighbour, the wayward kid who needs a father figure and a self-similar friend for a predictable coming of old age story.

Like a whodunit which is revealed too early, we read the book knowing the ending. The only surprise is how little Ove changes.

The story is split into present day challenges to Ove's grumpiness, broken up by anecdotes from his past to explain his terrible behaviour. Bureaucrats, personal tragedy, misguided lessons from dad are all artificially grafted into the present day story to build tension and justify Ove as a person. I just couldn't bring myself to like Ove in any way and knowing his past did not help me come around. At the start of the book he was an arsehole, but the end he was slightly less of an arsehole. I still wouldn't let him near my kids.

Ove is an emotional unaware person. But he is also a man who values honesty above all else. As things were taken from him and he lost the ability to fight, he became more bitter. The lack of empathy and self awareness meant his hatred spilled onto everyone else. His strict moral code made him a self-righteous in his hounding of other people.

I find it strange how accommodating characters are in this book. A long suffering wife is protective of him as he destroys the closest relationships to them. The neighbour brings gifts after he abuses them in the drive. The kid with the bike is keen to hang out even after Ove locks up his bike. I feel like the reader is being asked to do the same. To see him as the soft in the center prickly pear as he does goes around doing terrible things.

For other readers in the chapter, the book offered more. It gave them the ability to recognise and laugh at people and events that had impacted them in some way. Perhaps it's like role playing redemption. They saw more meaning in the interactions between the characters. They saw Ove filling the gap left by the neighbour's hapless husband and his moral code having a positive impact in unexpected ways.

Perhaps I didn't meet people enough like Ove in my life to make him relatable? Maybe I’m too much like Ove and I’m just being a bit grumpy? Either way the impact of this book seems to completely depend on the reader.

When we first started reading this book, someone posted on the Facebook group – “Ove really needs to join Tough Guy Book Club”. Being a men-only book group, some issues that arise for our goons can be loneliness, loss, suicide, social isolation, loss of relevance for men in modern society, feeling left behind by modern technology, and an inability to communicate emotions. These are all issues that surface in this book. It’s as if the author has distilled the essence of our book club and created the main character Ove to fit.

Ove is from a bygone time. He is dogged, obsessive, resistant to change, and he believes in actions over words. His ethos is “Men are what they are because of what they do, not what they say”. He is practical, capable and useful with his hands. He can repair things. He can get motors working. However, the modern world is leaving Ove behind. His skills are less valued than they used to be.

He also has a strict moral code. Rules are to be obeyed. People who bend or break the rules suffer his anger. This moral code is the cause of him a lot of pain in his life. Seeing everything in black and white gives him no room to move and it requires him to constantly meet an extraordinarily high standard.

Surprisingly, he is more forgiving of other people and has a great, but often hidden, capacity for kindness. His overweight neighbour, a gay shop assistant, a young guy fixing a bike for a girl he wants to impress, a stray cat, all earn his gruff and curmudgeonly loyalty. He just doesn’t seem able to extend that kindness to himself. Eventually his peculiarities make him invaluable to the people around him. It’s as if he, by sticking to his own way of doing things, inadvertently helps and improves the lives of the people who need him.

The main story revolves around Ove’s loss of his wife and new neighbours who befriend him. Rather than give it away, I’ll leave the detail for you to discover. I’ll also leave it for you to make your own opinions about how this book deals with suicide, I don’t have the skill or knowledge to negotiate, I will only say that reading this book gave goons an opening to discuss it, which is something men should do. I thought this was a beautiful book. In TGBC we read many books that “you should read” and books that have a strong message that can be challenging. Sometimes these books aren’t that enjoyable to read, but things worth doing aren’t always fun. This could have been one of those books with its heavy themes and bleak early chapters, however it is not. It was a joy to read.

At times I was close to tears, at others I was laughing. It was full of one-liners you wanted to post on facebook, but when you logged on someone had beaten you to it. “Ove doubts whether someone who can’t park a car properly should even be allowed to vote”

Originally written in Swedish, it has been translated to English. The writing has a sparse feel. For lovers of Scandi-noir it has that reserved language that seems to be particularly Scandinavian. Not speaking Swedish, I have no idea how faithful the translation is, but I do know that the English story I read was up there as one of the most enjoyable books I’ve read as part of Tough Guy Book Club.