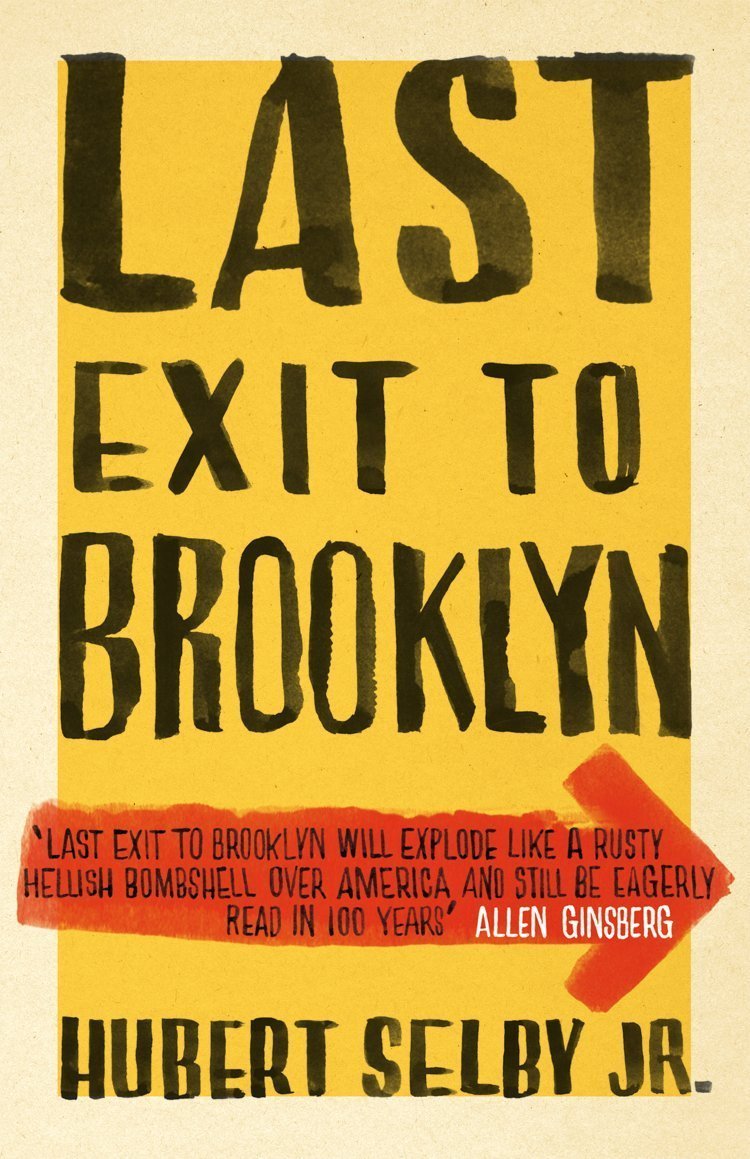 Hubert Selby jnr’s controversial first novel set in post war Brooklyn and describes a world a far cry from the gentrified borough that exists today. The characters that populate this world are poor, desperate and are yearning for intimacy. They dull their pain with alcohol, drugs and violence with often dire consequences. Selby’s frenetic prose gives a sense of urgency and glamour to the often mundane and destitute lives of the characters being portrayed. He often forgoes grammatical standards to maintain a meter and cadence that lend a certain poetic feel to the writing and help immerse the reader in it’s world.

The novel is split into six sections, each describing a different story set in the same area with intertwined characters. By writing from the point of view of the protagonist of a given story, the author allows the reader to gain a different perspective of some characters offering further depth and complexity to a story that on the surface may appear crude, crass and senselessly violent. The controversy that surrounded the book at the time of its release (particularly in England) was centered around the graphic depiction of violence, drugs and homesexual lifestyles, but it is crucial to the books ability to engage the reader. The fact that some of these scenes are still shocking to readers today are a testament to both the author skill and their distressing nature.

“Tralala” is the title of the fourth story, and of the most tragic character of the book. We follow her as she searches helplessly for the next big score and slowly loses all sense of herself in the process. As she spirals down into a whirlwind of drink and depravity, the reader feels sorry for her thanks to the sympathetic writing. Even toward the end, when it becomes clear that she is hopelessly lost, the reader is still on her side - which makes the incident described in the last two pages of this story truly harrowing. This event and those that lead to it are true manifestations (albeit extreme) of the desperate world in which these characters reside.

In the opening of the book we are introduced to the gang at the Greeks. Lead by the brutish Vinnie, these poor, lost youths have little else to do other than to hang around at the cafe and pick fights with each other and whoever they deem to have done them wrong. The next story in the book introduces Georgette, an attractive young transvestite who is hopelessly in love with Vinnie. Vinnie enjoys the power this gives him over her and gets his kicks from mis-treating her, denying any real affection he may feel toward her. The story climaxes in a drug and drink fuelled party carefully orchestrated by Georgette to seduce Vinnie. The party is attended by the boys from the Greeks and Georgettes transvestite friends. As the sexual tension rises some of the boys give in to their desires (if somewhat violently in Harry’s case), ultimately Georgette is unsuccessful in her conquest of Vinnie, adding to the tragedy of her character.

The final section of the book follows a handful of characters that live in a Project in Brooklyn. Their world is one of hardship, alcoholism and domestic violence. Their situation depicts the sad nature of this community and the unrelenting brutality of poverty. While hardly a happy ending, this collection of events drive home the author's desire to depict the despondence and anguish of this community.

‘Last exit to Brooklyn’ is by no means an easy read, but it’s poignant observations and profound personal style make it as relevant to modern readers as it was when first released.

Titan! to thee the strife was given Between the suffering and the will, Which torture where they cannot kill; And the inexorable Heaven, And the deaf tyranny of Fate, The ruling principle of Hate, Which for its pleasure doth create The things it may annihilate, Refus'd thee even the boon to die: Excerpt from Prometheus, Lord Byron

Last Exit to Brooklyn was Hubert Selby Jr’s first novel, a vivid flowing collection of degenerates, deviants and the downtrodden. While reading the stories it is difficult to escape the visceral tension present through graphic depictions of violence and rape that are rammed down the throat of the reader at breakneck speed due to Selby’s stream of consciousness prose. The writing was at times sickening, psychologically etching images into the mind of the reader in the most degrading manner; much like the psychological horror, sadistic tales and torture pornography that emerged in the post war era. The poem in the introduction evoked memories of Prometheus – in the quest for knowledge was doomed to be eviscerated and have his liver feasted on by an eagle, and for much of the stories I had similar feelings of bile and nausea.

Part of my natural inclination in the face of such stories is to close my eyes – there is enough horror, violence and abuse around us. Men incinerating their wives and children. Paedophile rings operating in systems of power. Images of mould, maggots and faecal matter in housing for the poor, elderly, disabled or infirm. And yet I continued to read, wondering if my worst premonitions would be confirmed, and in turn questioning the absurd, immoral world around me.

The men of the stories evade romantic emotions, violently lashing out rather than allowing any feeling of empathy to surface. They dull their sense with alcohol, marijuana, benzedrine. Many of the symbols of masculinity remain unchanged today – the muscle car, the motorbike; physical prowess. Drinking. Power. Money. But there is also the duality of loathing, despising homosexuality while fantasising about raping others. Seeing oneself as a leader, regaling others with tales of sexual conquest and subjugation, boorish bragging about debauchery and sodomy, yet deep down being a coward, unable to translate their fantasies into action, preferring to get off on degrading others, pushing others down in order to drag oneself up.

Perhaps the challenging aspect of this book was not the gratuitous sexual and physical violence, but the senselessness of it. At the heart of The Handmaid’s Tale is a cautionary portent – fail to heed the threat of religious fascism in its infancy and it may be too late, and as such can be tolerated for its moral virtues. But “Last Exit” leaves so many broken, battered, bruised, left to ooze as the world around them goes on, ignoring those who try to eke a living on the margins. Like similar hyperviolent tales, “Last Exit” is not an enjoyable tale, but one worth telling if only to fondle the demonic brutality that lies beneath the surface and in the periphery – maybe closer than you wish to imagine.