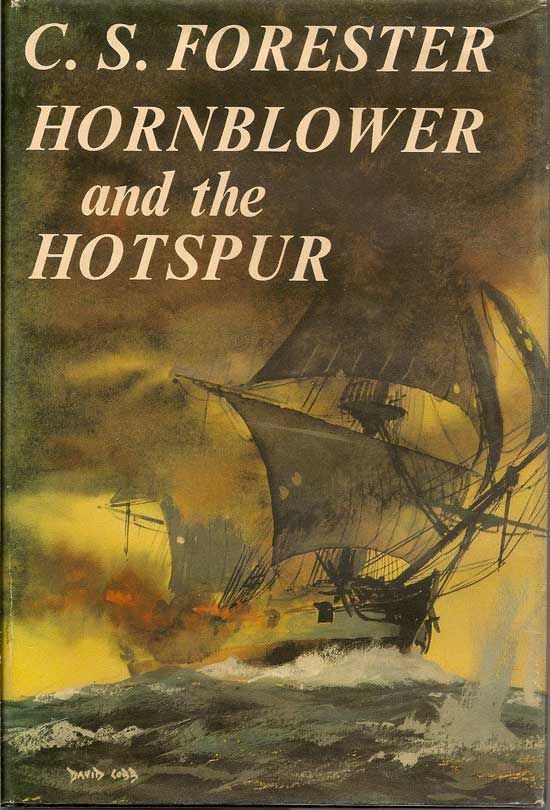 Avast there me hearties ! Now there are no actual skull and crossbones bearing pirates in this book, the 3rd of the popular series about our early 19th C Napoleonic war hero Horatio Hornblower, but there is a wide range of nautical characters here providing plenty of swashbuckling, mateship, bastardry, and of course, outstanding seamanship.

To set the scene Hornblower has been recently promoted to Commander, and the HM sloop Hotspur is his first sole charge. The war with Napoleon’s France is looming.

Hornblower has also just married, and his friendly mentor, Admiral Cornwallis kindly orders him to sea on his wedding day. Hornblower seems unsure of his own motives for the marriage, but as his new family comes to occupy his thoughts in the down time sailing between adventures his outlook matures through the book.

Hornblower learns he has to contend with naval politics as he tries to make his way through the British naval hierarchy, without selling out his principles. He is at a disadvantage, not having the upper class credentials and connections of his peers in the naval officer class. Forester portays him as the courageous everyman we all can love.

Hornblower expertly sails the Hotspur up and down the French coast, and we engage in an array of adventures against the weather, the Spanish, the French navy, and his British internal enemies, all while he generally maintains his damned British stiff upper lip.

The voyage of the Hotspur off France includes a number of failures to follow orders, resulting in widely varying punishments for the transgressors. This presents our hero Hornblower with some moral challenges and his humanity requires some rule bending, placing himself at serious personal risk.

This 400 page story falls into the category of a ripping yarn, and we can all say Rule Britannia and be glad that we don’t need to look out for the press gang any more.