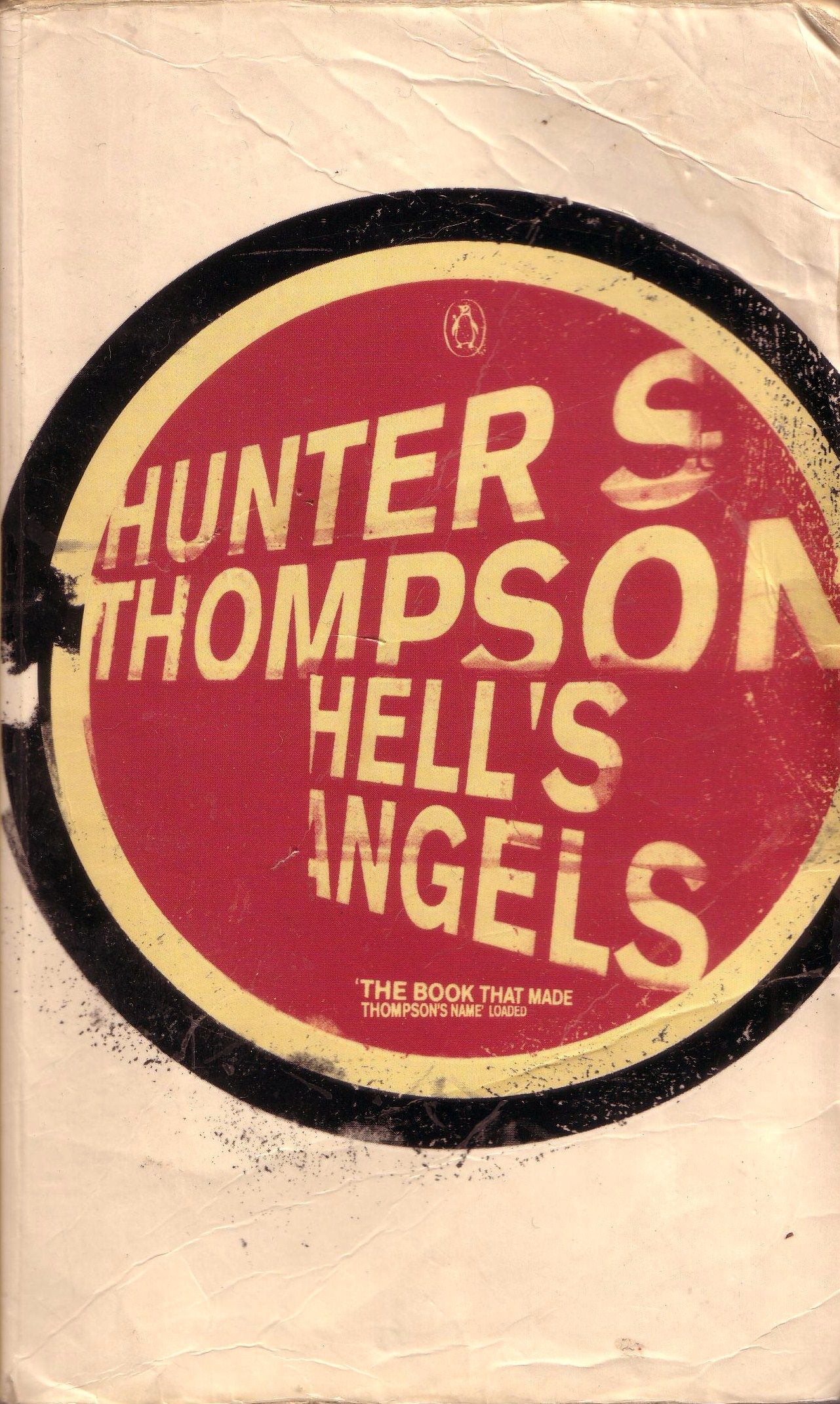 I promised to write a review of this before starting, and maybe I shouldn’t have. I found it impossible to get far through the book, and discussion with my fellow (more dedicated) Hobart goons reassured me that I didn’t miss that much.

Why did I find it so hard to engage with what, on the surface, should be a very interesting book? I think it was because it quickly became apparent that Thompson was willing to give the bikies a free ride, if you will, and I wasn’t. He was ‘embedded’, and (I felt) far too ready to give them the benefit of the doubt, make excuses for them and portray them as diamonds-in-the-rough.

He casually dismisses the mass rape at the beach party by saying that the charges were dropped. To the modern reader it leaves a bitter taste. Even today, how likely is it that two teenagers would be able to proceed through a rape trial against a whole host of intimidating gang members? But Thompson acts as if the accusations were just an unfair smear against the bikies.

Thompson is all too ready to believe that they are a bunch of loveable misfits, more bluster and show than actual danger. Maybe he’s right. But is bluster and show so harmless? Anyone without physical power knows that the threat of violence is traumatic too. All it takes is occasional follow-through to keep the threat real. Thompson seems amused by the ‘squares’ shaking in fear as the Hell’s Angels roar down their streets. Don’t worry, he laughs, they won’t bite. But Hunter, they do bite sometimes, so the fear is deserved. Your buddies might be mostly hot exhaust, but that still has real effects on people who don’t deserve to be made afraid.

Even so, I have enjoyed reading about other unpleasant groups, many much nastier than the Angels. Crime and violence, rebellion and toxic masculinity — all can be horribly fascinating. But Thompson’s sympathy for the bikies and lack of empathy for the regular folks around them just alienated me. Perhaps I missed a deeper and more reflective treatment by not reading further into the book. But after the first few chapters, I decided that I was prepared to take the risk of missing it.