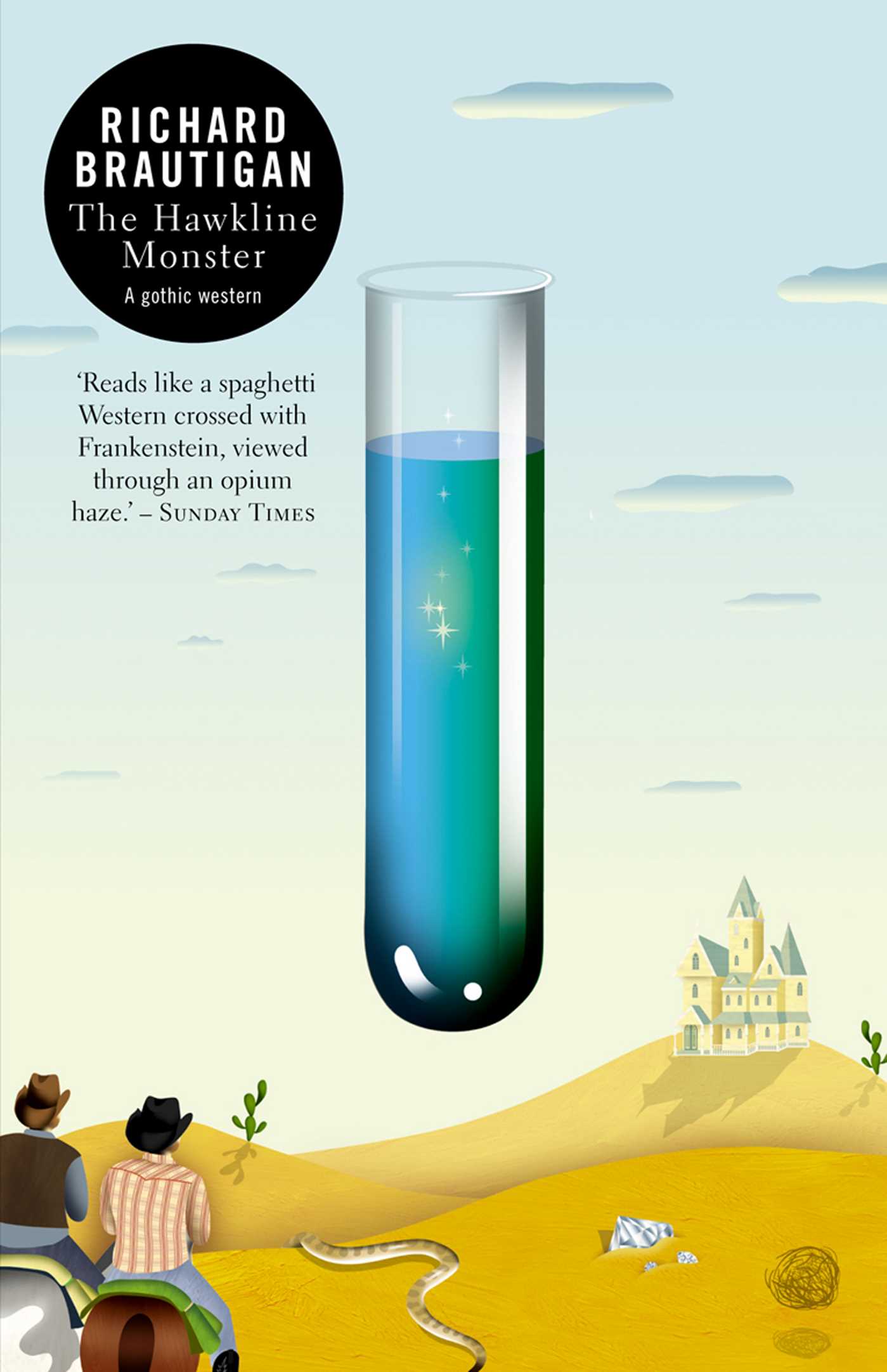 The Hawkline Monster is a Gothic Western. Indeed, this book was the first to have Gothic Western in its subtitle. What exactly is Gothic Western? Well, generally the story of a mysterious cowboy on the road to a dark place. Hawkline is not particularly dark. The book is no Blood Meridian, but more of a spoof, an effort to subvert the tropes of the Western genre and distill them into short, comic chapters. This is the story of two killers, Cameron and Greer, who are recruited by Magic Child to kill a monster in her father’s basement.

I must confess: I listened to the audiobook, the lazy man’s way to read. I enjoyed Johnathan McClain’s narration. The first half of the book is a road novel as we journey with the killers from Hawaii (which they hated) to Portland, Oregon. The assassins fail to eradicate their target in Hawaii, and return to the West Coast to meet Magic Child at—where else—a California bordello.

The short chapters make for effortless reading (listening), much like Chatwin’s In Patagonia. You feel like you’re on top, that this reading thing is easy, as you knock down chapters like drunken skittles. But: Brautigan’s minute chapters are like a threadbare pair of jeans: lacking form. Or, rather, the chapters lack cogency being ultimately incomplete; the reader feels as though they are constantly approaching a red light, with so many chapter endings.

Duality is a major theme. Two killers. Two sisters. Two parts of the same monster (light and dark, Yin and Yang). A dead father who is both Harvard scientist and elephant-footed umbrella stand. Why elephant footed? Why not. This slapstick part of the book fails, I think, through lack of consistency as the reader is asked to suspend disbelief, but not given enough of the necessary comedic pay off.

Look, The Hawkline Monster is an entertaining read, especially after last month’s Notes from Underground. Now, would I recommend this to a mate who is going on holiday? Absolutely. A fun, rollicking, poolside read. But is it a book that will change your life, or impart some lesson? No. And it was never meant to be. This is a parody of Western and Gothic novels. Tell your mate to take it to the Goldie, but he’ll knock it off on the plane before he even lands.