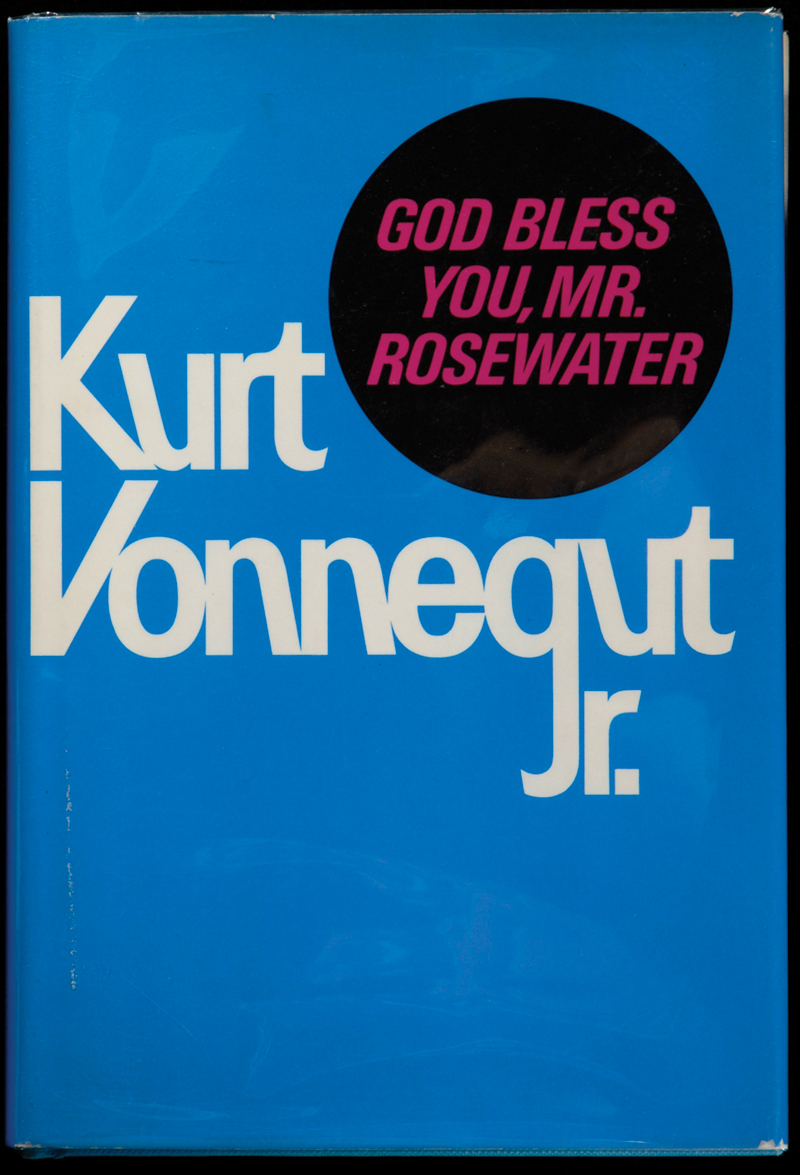 "Those who write on Heaven’s walls should mold their shit in little balls. And those who read these lines of wit Should eat these little balls of shit."

Kurt Vonnegut. A name that is almost onomatopoeic. The Gs, the Ks and the Vs gets stuck in your throat. You have to hock them up and spit them out into a congealed golly

In Vonnegut’s novel God Bless You Mr Rosewater is just like that congealed golly.

It is dense, spongy and full of yuckiness.

At the same time, however, satisfying and grotesquely engaging.

You can't help but stare and you might be tempted to poke it with a stick.

The story follows Elliot Rosewater - the questionably sane and undeserved heir of the Rosewater family millions.

Elliot is a benevolent drunk. As useless as tits on a bull but caring, kind and non judgemental.

A returned serviceman himself, when greeted with a ‘Heil Hitler’ by an eccentric old man, he politely responds “a heil Hitler to you too”, as if it is the most logical and polite way to respond.

Through philanthropy, to some he is a god and to others he is a cash cow.

Naked and surrounded by the artefacts of a life unkempt, he answers the phone day or night driven by paternalistic purpose to the down and out townsfolk.

The characters of Vonnegut’s novel are built on snippets of dialogue and warts and all anecdotes.

Vonnegut paints a surreal and comical image of the often bleak realities of life. Suicide, greed, trauma, abuse and more; these are the horribly realities that afforded no sympathy or restraint by Vonnegut.

These sordid details are not handled with cotton wool, gingerly alluded or skirted around.

They are thrust under the nose of the reader and balanced with grotesque and comical character observations that add to the complexity.

Fast paced and conversational , the dialogue unwraps itself and adds to the layered patchwork of the Rosewater family - those in Rhode Island and those in Indiana and even one in the Senate.

The novel plays with ideas of judgement, deservedness, poverty, capitalism and voyeurism.

One of the delights of Vonnegut’s novel are his vividly painted little snippets of physicality.

For example, in one scene a town drunk approaches the Rosewater foundation. He is being encouraged to act like a dog, and then as he pulls himself upright he sings a little ditty: “I’ve got the clap and the blue balls too, the clap don’t hurt but the blue balls do.”

In another, we have Elliot himself stark naked, on the phone playing with his pubic hair in front of the judgemental eyes of his father - Senator Rosewater.

The book is tangled and often follows a tangent.

This may be frustrating for some as the plot moves slowly.

However, the words evoke images more than they tell stories and for this reason the plot is more of a long play.

It is only when reading a book like this where so much pleasure is derived from the phrasing itself do we realise how little we celebrate our own language.

We read for purpose rather than for sake, and this book reminds us of this.

I leave you with a little snippet of internet beauty.

A youtube comment on the audio book by a man with a Kanye West avatar: “Only here cuz of my bitch English teacher. Fuck this book”.

Now, where do I meet this English teacher?