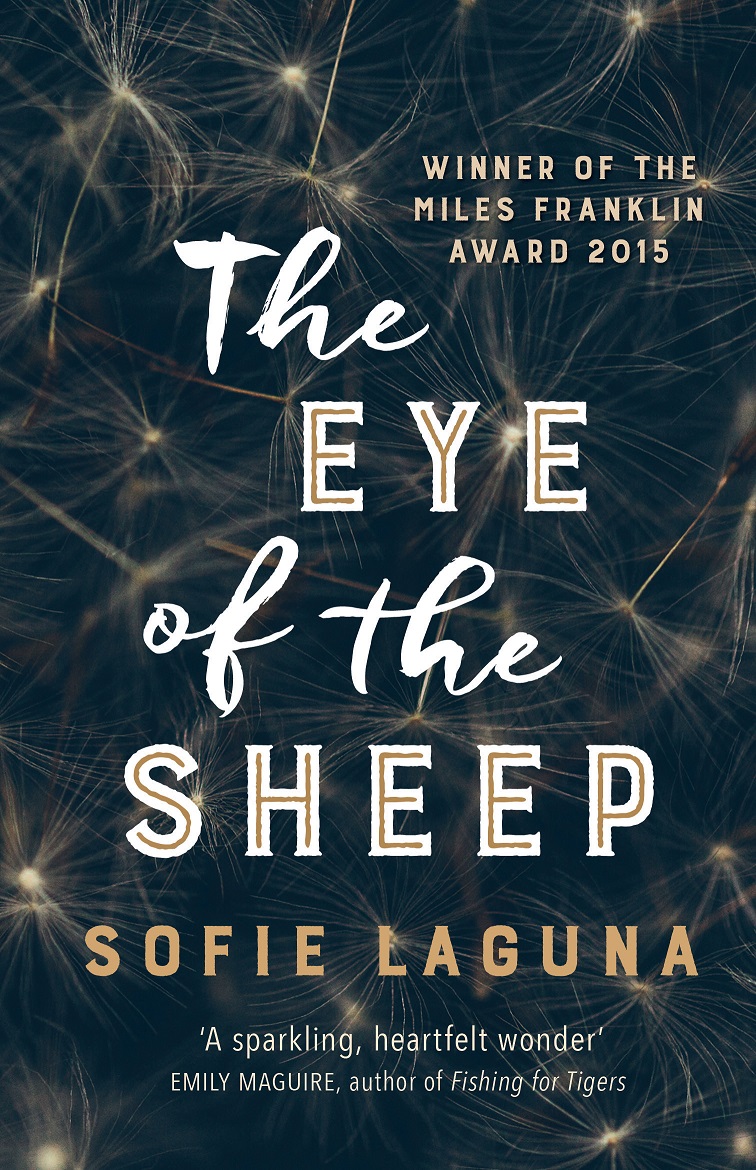 If someone was to ask me if I wished to read a story about the cycle of domestic violence through the eyes of a young family member further stigmatised by a developmental disability, I would have probably retreated to my current comfort zone of Scandi thrillers. This is what I like about TGBC… I read literature I otherwise would not. And am richer for it.

Sofie Laguna’s “ the Eye of the Sheep” is a disturbing tale of a family from Altona (outer Melbourne suburbs) mired in the dysfunction and deceipt of wife-beating and trapped in a low income cycle dictated by the father’s life long job at the local refinery.

It is told through the eyes of six year old Jimmy, whom I sense may be at the high end of the autism spectrum. To its credit, the book does not give his disability any label but it is clear his intellectual development is out of step with the mainstream and he has many social idiosyncrasies which make him a challenge to his parents, brother and teachers. He can get obsessive and manic, particularly when over-excited or stressed. Though he also has surprising insights and some quirky ways which are comic and endearing.

The story hinges around an unfolding tragedy of a mother trying to maintain some semblance of normality and protect both sons from the reality of periodically erupting violence “Gav, not in front of the children “. Ultimately this implodes and her health and grip on reality collapse in a fatal downward spiral and Jimmy has to then fathom the ways of foster care survival.

As a story it is well written, flows easily for the reader and is quite entertaining in passages. The fact there is some humour and levity in this is in sharp contrast to the ultimately bleak and harrowing circumstances of Jimmy and most of his family (his older brother escapes the dysfunction by taking a job on a freighter)

What sets this book apart for me was its character development. I found this to be quite authentic and well nuanced , with each person quite believable.

Gavin, the father, is a product of his own family’s brutal paternal violence and when he gets depressed (or loses his job) the self-pity, heavy drinking, blame disbursal, violence and contrition cycle are played out in varying scenes . However we see another side of him when he takes Jimmy away for a holiday at Uncle Rodney’s island home. It is as if he can suspend his damaged and troubled persona and revert to what he may have been had he better survived his own childhood.

Despite her obvious decency and selflessness, readers also get a sense of the over-protective ways of Paula towards her son and how this inadvertently acts as a barrier in her own marriage. When Paula ultimately resists Gavin physically and he leaves, we see another dimension to her as she allows Jimmy to continually stay away from school and regresses in her shell.

Given the story is revealed through the Jimmy’s take on events, one quickly builds a picture of the unique way he sees the world (including the fascination with appliance manuals and the similar “networks” he sees in the bodies of people, cars, and refineries) . Jimmy has to cope with huge trauma in his young life, the demise of his mother, departure of brother, abandonment and continued rejection by his father and the cruelty of other foster care children. So it is hard not to be very moved by his pain and isolation.

I became quickly emotionally invested in this book and could see that any reader could sink into a quagmire of despair in this story. However, through Jimmy, the author takes you on this journey in a way that at least mitigates some of this misery. Perhaps this is down to the naivety of Jimmy or his habit of grabbing on to some-one else’s phrase ( “ the last fucking time” ) in a matter of fact or humorous way that does not reflect the gravity or pathos of the situation ?

The Eye of the Sheep deserves the Miles Franklin Award for successfully tackling a subject that has been taboo for some time and presenting it in a way that may resonate for readers who would usually steer clear of this area. Anti-Domestic Violence advocate, Rosie Batty was awarded Australian of the Year in the same year as this literary award (2015). At a minimum Australians are giving this subject far greater attention and respect .

Winner of the 2015 Miles Franklyn literary award, Sophie Laguna’s 2014 novel The Eye of the Sheep tells the story of the Flick family living in Melbourne’s inner western suburbs. Parents Gavin and Paula have been married a number of years. The good times are long gone and they are held together by family dependencies and a sometime affection as they battle a lower socio-economic lifestyle with all its challenges.

Gavin grew up in an abusive family environment and works as an unskilled labourer at the local oil refinery. He is prone to outbursts of violence and abuse and regularly retreats to the sanctuary of his shed or, in tougher times, the top cupboard and a bottle of Cutty Sark which he shares with tunes from Merle Haggard. Paula suffers from asthma and appears prone to bouts of depression. She is the main carer of the couple’s children and also works at a local aged care centre as she struggles to maintain the family home. Agatha Christie, Doris Day, and the cakes she brings home from the centre provide her with solace from the trials she faces, including Gavin’s physical assaults.

The couple have two sons – Robby and Jimmy.

Robby provides support for Paula and Jimmy. He is into sports and is popular outside the family but his character is not developed as it might have been through the story.

Jimmy, younger by six years, is the central figure in the book and contributes innocently but significantly to the stress and pressure the family endure as he has undefined special needs that places him outside society’s intellectual and social norm at a time when no support systems are available to help him and his family manage this.

He sees things in a way those within the norm couldn’t imagine. He reads household and electrical appliance manuals and his fascination with mechanics gives him an insight that sees life connected though pipes and lines and strings and currents and valves. He can feel his mental and his cells and his tendons and his internal organs and feels himself ticking like a clock that has been wound too many times.

The story of the Flick family is told by Jimmy in a first-person narrative that gives a fascinating, humorous, and disturbing insight into what he sees and thinks and feels – sometimes all at once.

His narrative is not effective in capturing the thoughts and feelings of his parents and his brother however and this makes it hard to establish a relationship with them as the story unfolds. This lack of emotional connection is disappointing and leaves questions open when, in different circumstances, Jimmy and then Gavin leave the family home, and when Paula retreats from and then appears to give up on life, leaving Jimmy isolated and vulnerable in harrowing but compelling circumstances.

Jimmy’s journey from this point becomes increasingly traumatic and bleak but as his fortunes take turn after turn for the worse, an improbable plan is hatched to unite him with his father, which even more improbably succeeds.

While this provides hope that Jimmy will have a more positive future it almost seems contrived to allow the story to finish on a feel-good note rather than in hopelessness and tragedy as always seemed inevitable.