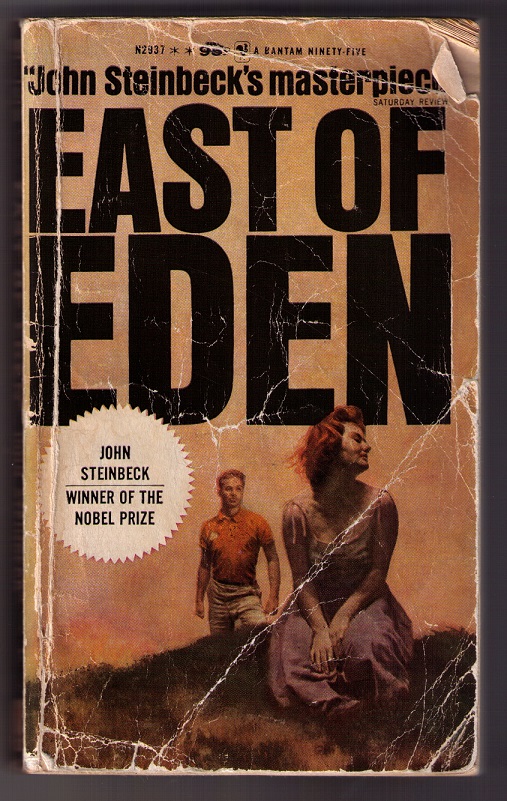 It is without doubt that John Steinbeck’s East of Eden is a daunting novel to undertake simply due to its sheer size. Weighing in at just over 700 pages, Steinbeck’s 1952 work details the interwoven stories of two families as they grapple with life's greatest ambiguities including morality, sacrifice, love, acceptance, forgiveness, pride and mortality. Steinbeck underpins these with biblical references from the Book of Genesis, specifically the story of Cain and Abel, both alluded to and direct.

However, the novels bulk quickly surrenders to its comfortable pace and the picturesque scenes of California’s Salinas Valley and the rural farmlands of pre-WWI Connecticut. Ignoring America’s heartland, this coast-to-coast story follows the heroic highs and abominable lows experienced by the Trask and the Hamilton families across generations of farmland and fortune seeking. Giving credit to his ability to delicately pack in the details of the natural world, Steinbeck lifts the reader into each environment and willingly immerses the senses. It has been said by some critics that the roles of soil and water within East of Eden are integral enough to be considered a character in and of themselves.

With his world secure, Steinbeck moves on to weave an intricate balance of morality across the plot and into each of his characters. From the ethereal darkness emitted by Cathy to the fortress like solitude of Lee, readers are given the chance to explore and evaluate their personal values and choices against the actions of this motley cast. Yet, Steinbeck, nor the stories narrator, makes a concentrated effort to establish a “true north” for many of the difficult, and often divisive, choices and actions required throughout the story. It is with this exploration of the relationships between parents and children, between brothers, between families, and between people, history and place, that East of Eden remains as relevant today as it was for it’s original post WWII audience.

And in the end, with one seemingly innocuous word to the uninitiated, Steinbeck's self-proclaimed magnum opus slams closed with a coup de gras of linguistic wizardry. Simultaneously impressing a vast and timeless meaning upon the consciousness of the reader while doing so with graceful simplicity.

It is not without intent that this review aimed to capture the essence of Steinbeck's novel without breaking open the plot and dissecting its intricacies. By doing so, I’ve hoped to encourage any who have made it this far to seek out a copy of East of Eden and immerse themselves in the tale of the Trask’s and the Hamilton’s. All the while being open to your own perceptions, values and understanding of the choices we make.