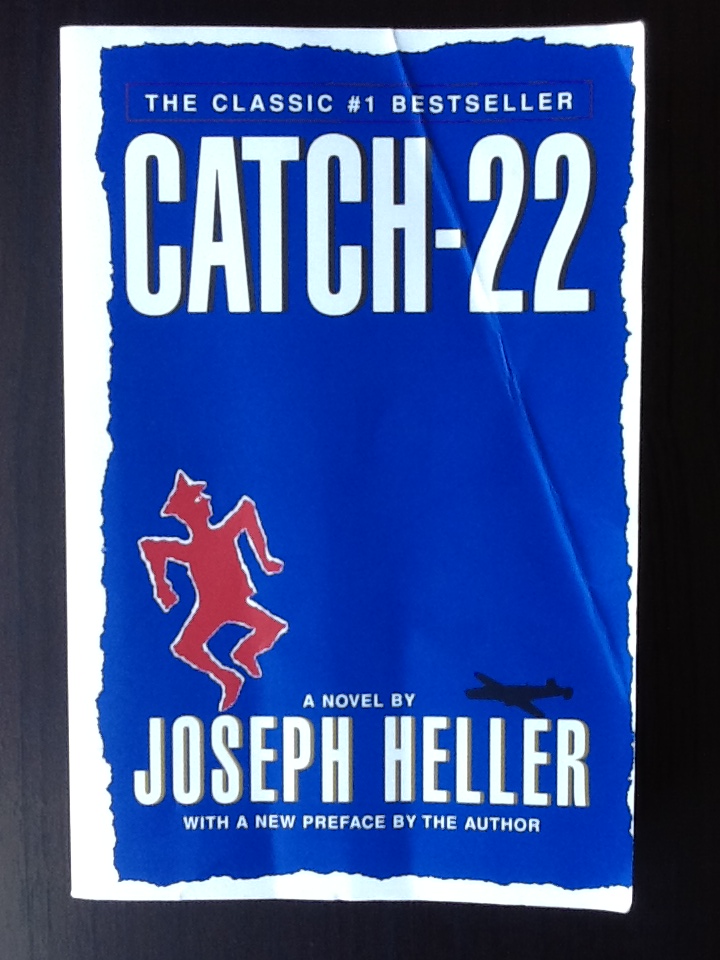 Catch-22 tells the story of Captain John Yossarian, a bombardier in the USAAF, leading bombing runs against Axis targets in Italy during World War II. The book chronicles his many attempts to avoid these increasingly-dangerous combat missions. In doing so, he uncovers a military regulation known as “Catch-22”.

This rule determines that if a member of a bomber crew is mentally unfit to undertake a combat mission, he can alert the proper military authority of his condition and be exempted from that mission. However, by being mentally fit enough to apply for this exemption, he is [through the horrible logic of Catch-22] automatically deemed sane enough to fight and must undertake his mission.

Yossarian’s own overarching objective to survive the war can probably be summed up by his desire to “live forever or die in the attempt”. His fellow-airmen take a similarly confusing/confused approach to how best outlive the war too, often with consequences for Yossarian himself that range from the tragic to the ludicrous.

Catch-22 – the rule and the story – bonds the rational and the irrational into a horrifying double-helix of twisted logic. This desperate, deformed “DNA” not only shapes characters and their experiences, but even mutates the ordering of events throughout the book – randomly describing a scenario, before overtaking it or doubling back for a second look.

The challenge of reading Catch-22 could easily be called its own reward. It (haphazardly) dismantles notions of bravery, heroism and the glamour of war and has the potential to open up a reader’s mind as much as it can will boggle it.