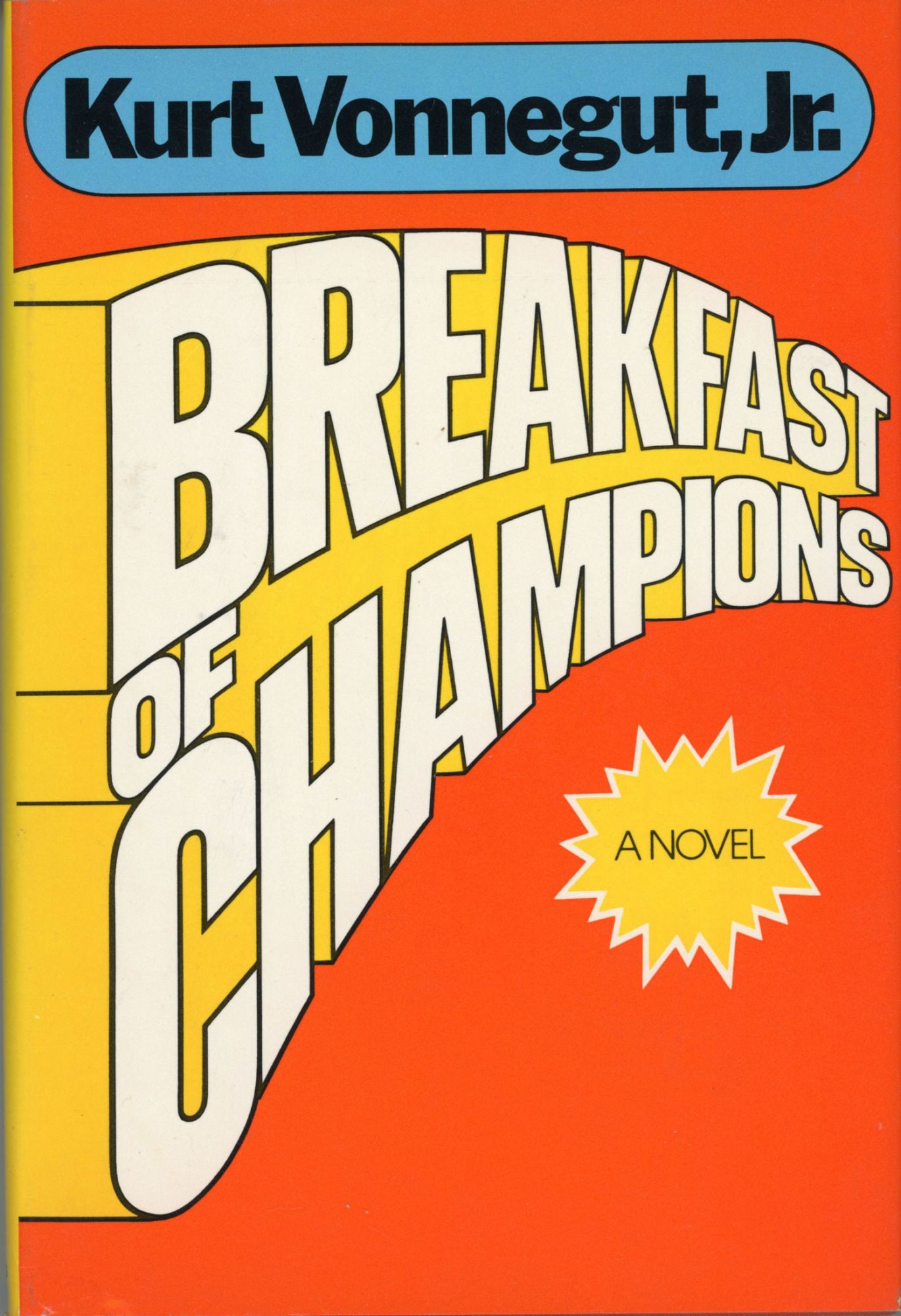 What happens when you mix a car salesman who is losing his mind, a released convict with no place in society, and a pulp author whose work is lost in pornographic magazines? Utter chaos, glimmers of the human condition, and judgements all around. It's a brawling, vaguely-coherent satirical black comedy, with a scattergun approach to style.

Vonnegut's "Breakfast of Champions" feels like events were described piecemeal, by an obnoxious dishevelled drunkard at a bar, who nevertheless is a compelling entertainer and sprinkles in a surprising insight from time to time.

The unusual writing style is impactful (for good or bad), with despairing reflections on society, like a broken mirror that shows the horrors hidden behind your back. It's deliberately polarising, touching on many vital issues of the age; yet also offensive and crude in a calculated way.

The novel appears at first to be a rambling incoherent mess, but eventually begins to resolve to some connected series of questions, issues, and experiences. Its structure never coalesces entirely into a traditional polished narrative, yet we are forced to question our familiarity with common story structure. Is the mixed-up shape of the story due to confused writing, or due to the author's deliberate rejection of traditional narrative form?

In some ways, this reminded me of Tarantino's "Pulp Fiction", also ground-breaking for its non-chronological split storylines and self-referencing material. There are few filmmakers who could even hope to adapt a small portion of Vonnegut's book into film; I suspect Tarantino would be a leading contender. It's not hard to guess that "Breakfast of Champions" may have had some influence on Tarantino's scattergun action style, larger-than-life characters, and despairing social commentary.

Questions are key here; Vonnegut challenges us to question more than just the behaviour of the characters, the origin of their personalities, and the story's connections.

We found ourselves questioning the actions and intent of the author, deliberate use of volatile language and imagery, and the value of the writing itself. Is it an imbecilic romp through depravity, or deliberately shining a spotlight on those parts of the world that society generally prefers not to confront? Is it satirical? Is it a failure of writing style?

Perhaps we don't even need to know whether it was deliberate or not... similar to the modern art described in the book; the value may not be in the work of art itself. Like breakfast, the value may not be just the ingredients and cooking, but how we digest it and how we feel about the flavours. The value each reader gets from this volume varies along with how we each analyse it, question, imagine... and by consequence, confront and question ourselves.