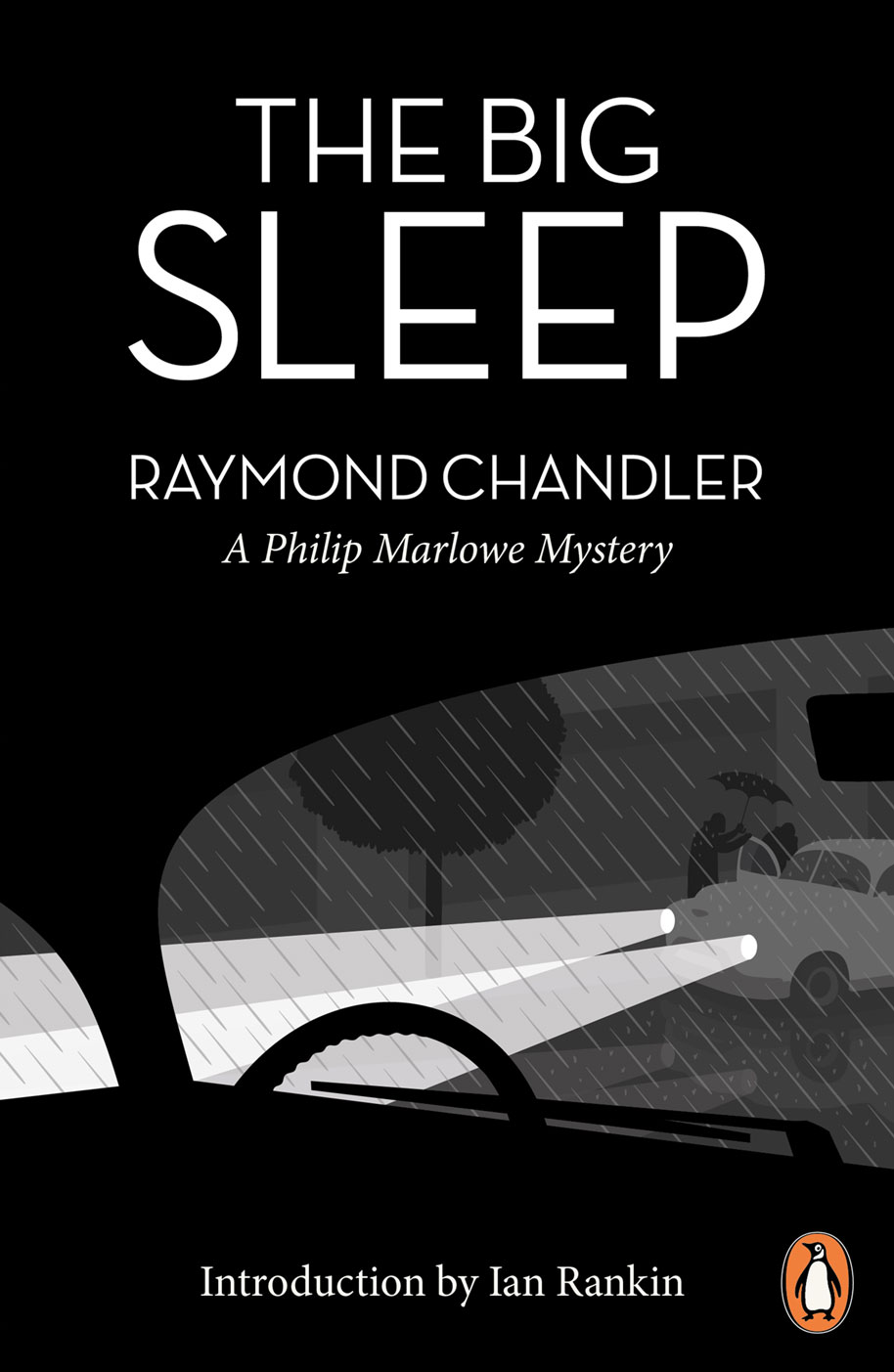 First a confession or two: I wasn’t at the Book Club when we discussed Raymond Chandler’s first Philip Marlowe novel. I hadn’t joined the club yet. I read the book years before when I set myself a challenge to read the English versions of all the American authors translated into Japanese by Haruki Murakami (I had a lot of time on my hands). Through this I was introduced to Raymond Carver, JD Salinger, F Scott Fitzgerald, and of course Raymond Chandler. And through Raymond Chandler I was introduced to the world of crime fiction, noir, and Humphrey Bogart: https://www.youtube.com/watch?v=3t8H07c30io

“You know it just so happens I got a bottle of pretty good rye in my pocket; I’d a lot rather get wet in here.” Raymond Chandler didn’t write the screenplay for The Big Sleep - he wrote a few other screenplays (Double Indemnity and The Blue Dahlia saw him nominated for Academy Awards for their screenplays, and he also adapted Patricia Highsmith’s Stranger on a Train, directed by Alfred Hitchcock) but he was at least involved in the production. Legend has it that the director asked the screenwriter who shoots the driver in one of the movie’s final scenes, and the screenwriter didn’t know. So he goes and asks Chandler, the only problem is he doesn’t know either.

I looked down at the chessboard. The move with the knight was wrong. I put it back where I had moved it from. Knights had no meaning in this game. It wasn't a game for knights.

The convoluted plot with its missing killer brings me to my second confession; I don’t really remember what The Big Sleep is about. Sure I remember there’s the slick private detective Marlowe, star of seven and a half books by Raymond Chandler, a couple of revivals and even more movie adaptations. I remember the smut dealers and blackmailers, the big money, the corpses and the femmes fatale. But what I remember most is the effortless cool of the dialogue, the one-liners peppering every page, the style that you can’t write in now without it sounding ridiculous and derivative.

Whoever had done it had meant business. Dead men are heavier than broken hearts.

So now I’m rereading it, in the form of a 2011 BBC radio play. It’s as slick as I remember. Marlowe is a tough guy, the kind you don’t meet anymore, the kind who knows that being tough isn’t about pointing a gun at someone, but keeping your cool when a gun is pointed at you. He’s the kind of tough guy that knows the power of words, has been through the dark and has come out the other side. Sure he’s a loner, he treats women as no more than pairs of legs with blonde hair on top and not much in between, he drinks and smokes too much, and you’d never actually want to meet someone with his attitude, but on the page (and the screen) he shines with dazzling dark wit.

Perhaps I can see now what I didn’t see ten years ago, that women in Raymond Chandler’s novel are always beautiful and always trouble, but never anything else. That race and sexuality are the butt of scathing one-liners, that the kind of man with a fedora on his head and whiskey in his coffee is not the kind of guy I want to meet. I understand this, but still I’m kicking myself that I missed the meeting when we discussed The Big Sleep.