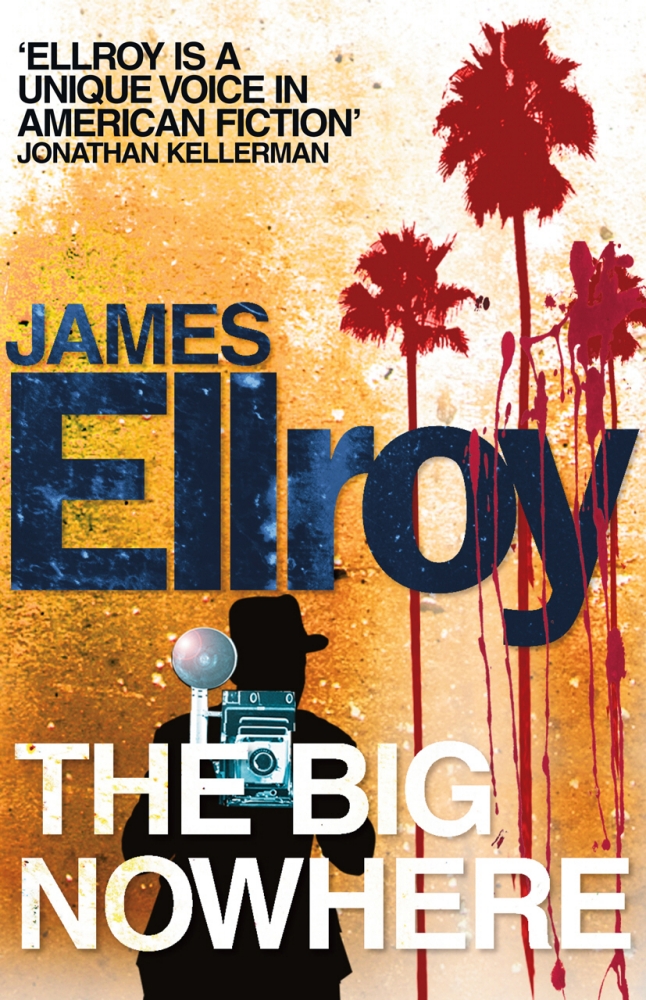 The character tropes of the noir genre are: the anti-hero, the dirty cop, the femme fatale and the snarky deadpan one. ‘The Big Nowhere’ has them all. Set after Ellroy’s first LA novel ‘The Black Dahlia’, this novel follows the story of Sheriff’s Deputy Danny Upshaw, a young law enforcer who is driven to solve a case of brutal sexualised murders of gay men; LAPD lieutenant Mal Considine, a seasoned vet with Commies and a fracturing family on his mind; and Buzz Meeks, ex-cop, bag man and associate of scumbags. Interestingly, the story begins as three tales which become interwoven as the characters are drawn together on a case that involves the movie studios, the communists, the mob and the unions.

James Ellroy paints LA as a simmering pot of tension where no one can be trusted. The Sleepy Lagoon murder and the Zoot Suit Riots are mentioned frequently to show that it is a city where residents are scared and glamour associated with Hollywood is only a very thin veneer. Crime is rampant, many cops are dirty and the only thing rifer is the racial tensions.

Ellroy paints a convincing historical canvas for the novel with historical figures and locations set alongside the protagonists seamlessly. The language is taken from the time and can be confronting, but leave the reader in no confusion as to the opinions of the cast. The characters are presented as deeply flawed individuals with their demons that haunt them as much as the cases they are investigating. Within the novel, each man floats around the sinkhole, struggling to stay afloat.

‘The Big Nowhere’ exemplifies the noir genre beyond the tropes – it reads as a gritty whodunit with questionable characters and a deep sense of 50s Hollywood.