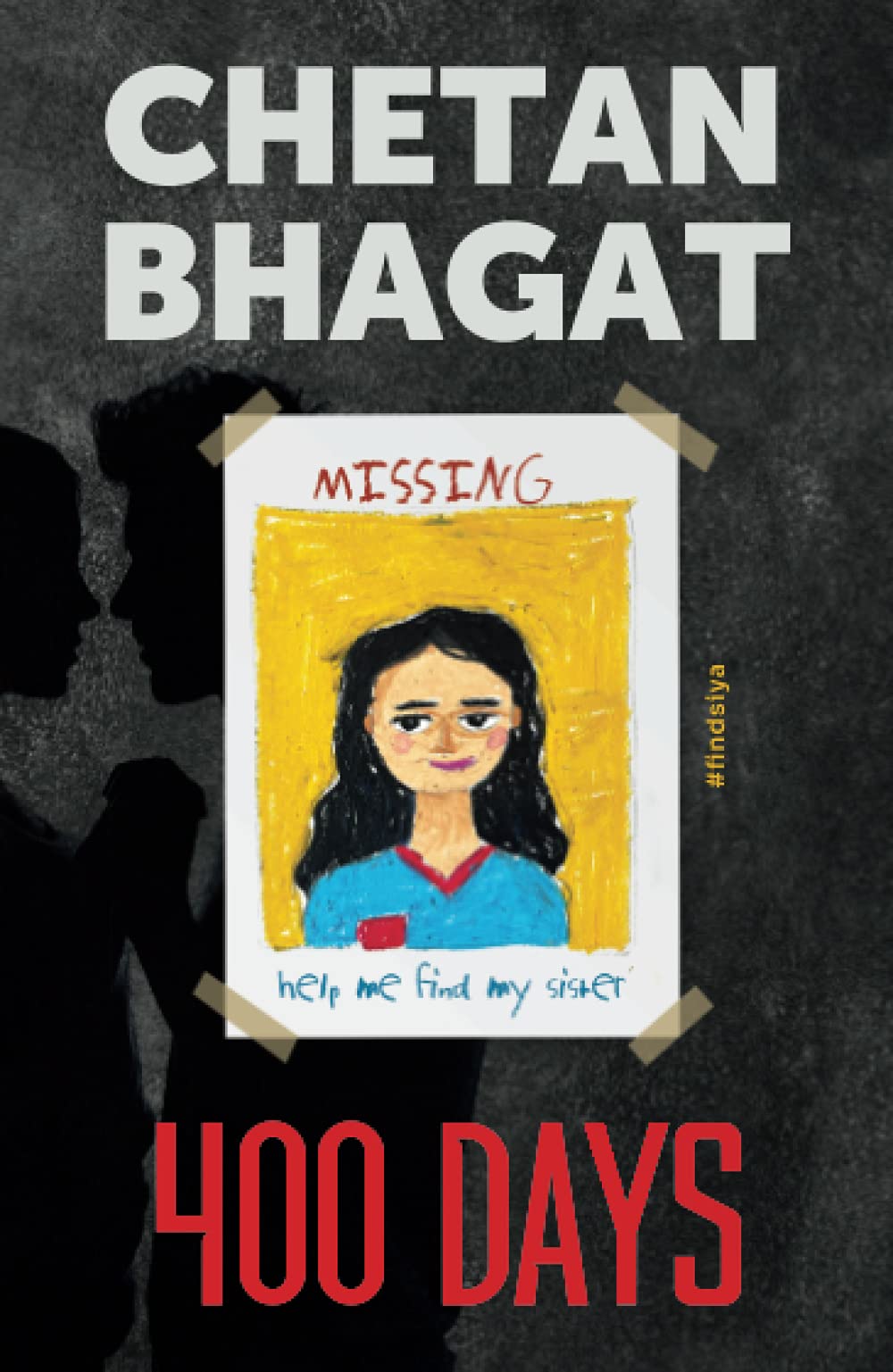 There was a cartoon published recently on the web depicting an image of author Chetan Bhagat speaking to a reader. Bhagat’s script balloon says “On a scale of 1 to 10, how bored are you?” The readers response is “11 … and I still won’t read your book.”
It’s a fair comment.

On reading this novel, I get the feeling that Bhagat is India’s answer to Australia’s Matthew Reilly.

In “400 Days” Bhagat has combined a highly unlikely scenario with shallow characters, petty dialogue, archetypal representations of family life (including an over-bearing and bitchy mother-in-law), a smattering of poorly portrayed sexual interaction and all capped off with an insane, paedophile, kidnapping priest.

It might help the reader, if the reader can be bothered, to scoot through Bhagat’s earlier two writings involving the two ‘sleuths’ Keshab and Sourahb in order to become acquainted with these two protagonists before wading into 400 Days; it would save time and help get through this third piece quicker.

The two ‘heroes’ run a detective agency akin to something like Enid Blyton’s Secret Seven on Instagram; they don’t appear to be very good, Keshab is hounded by his parents who want him to finish his public service entrance exams and Sourhab, his best mate, lives with Keshab’s family and also wants Keshab to lift his game and get a decent job.

Enter the beautiful Alia Arora, looking like heaven on a stick, whose daughter Siya was kidnapped from Alia’s in-laws house one fateful night nine months ago never to be seen since. The inept police have closed the case and Alia wants Keshab to drop everything and find the girl. Through marriage Alia has become incredibly wealthy and money is no object.

If it sounds a bit cliché it’s because it is. The writing, at best is simple. The characters, at best, are caricature, and the plot, if you can call it that, is pretty thin.

I get the feeling that Bhagat was anxious to finish and get the book out to the masses (either that or he’s on a publishers deadline and has just come back from holidays); he employs the deus ex machina and winds things up pretty quickly and conveniently by turning the mother-in-law’s guru into Rasputin and boosting Keshab’s status to Hero.

400 Days might be popular in India and may well have been written with the Bollywood screen in mind, but it’s pretty shallow stuff written in a pretty shallow style. This book would be best read on a 4 hour plane trip, where being interrupted by people clambering over your knees to go to the toilet doesn’t affect your enjoyment of the piece or the fact that you’ve lost your bookmark
… it doesn’t matter where you take up again you haven’t missed out on anything.

All in all, 400 Days is harmless enough and is easy to read if you avoid thinking that you could do better. Don’t expect more than a mild diversion, and feel free to leave it in the seat pocket in front of you when you leave the aircraft.