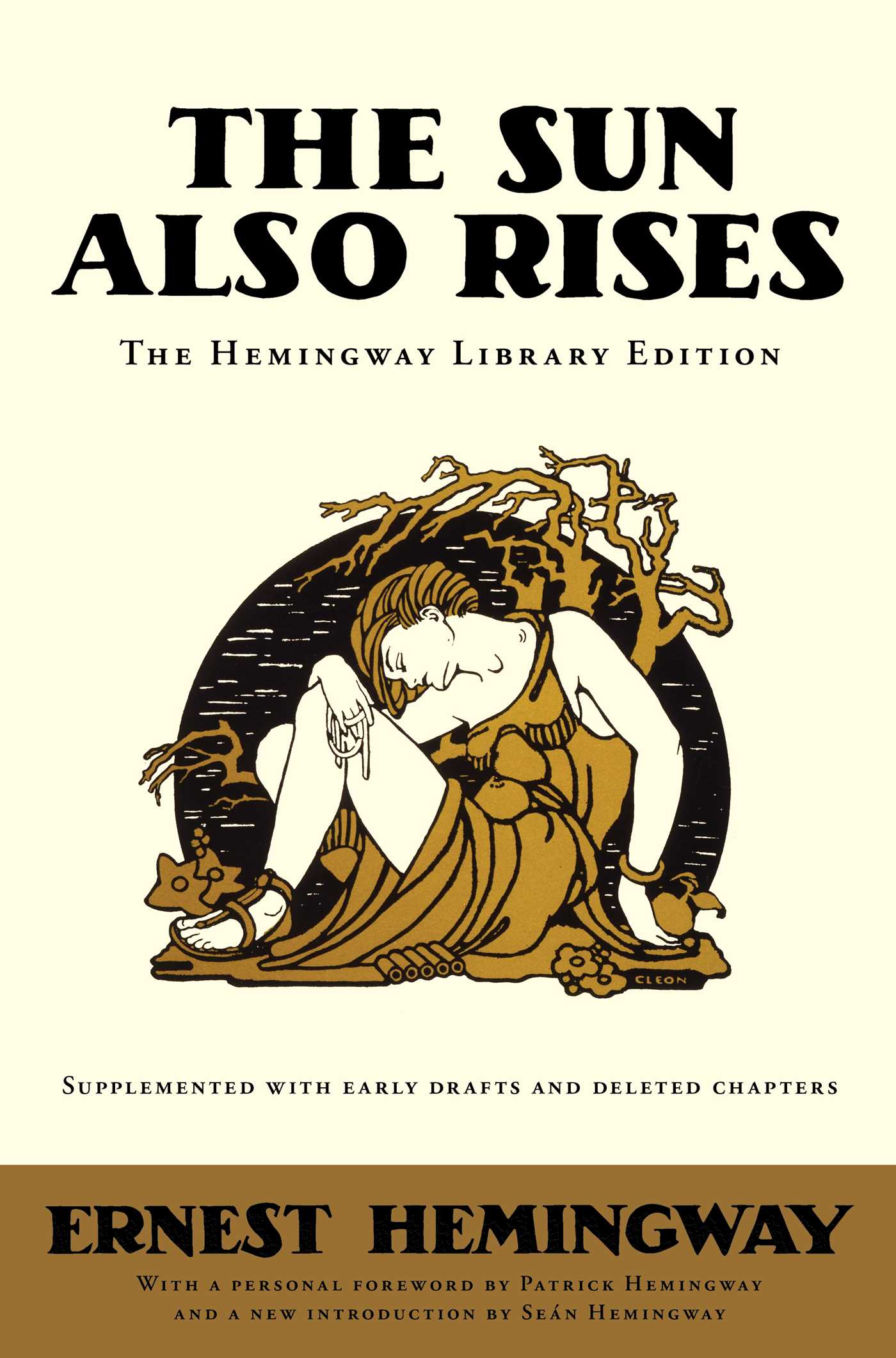 Hemingway was already a noted author but not yet the widely known, larger than life figure he went on to be. Fiesta took him to the next level of acclaim. I wasn’t part of TGBC when this was read. I read it while the club was reading ‘Men Without Women’ and I couldn’t lay my hands on a copy. I bought ‘Fiesta’ and reckoned I’d at least contribute on ol’ Papa’s style if not the plot, at the next meeting.

Supposedly based in part on Hemingway's time in Paris and the people in his circle at the time, it’s maybe a decade after WW1, and Paris is a-swinging. It’s a time of writers who, as foreign correspondents, seem to pen one article a month and spend the intervening times drinking, whoring and escorting bankrupt duchesses around jazz clubs and nightclubs in determined efforts to rid themselves of their money, health and mental stability.

I guess at 3 acts in this book: first up, the Paris setting and the moral vacuum of our friends, British and US ex-patriots all, that make up this part of the roaring 20’s cafe society.

The second takes act takes the road to Spain, where life is slower, simpler and set in romanticised countryside; all hills, streams and towns with idyllic village squares sprinkled with cafes. Here is Hemingway’s respect for toil and worthy recreation. With part of the party reaching Spain first, there is a fishing trip where everything; the journey, the act of fishing and the time not catching fish is all described in loving detail with colours, climate and landscape used to a the scene for the build up to the boisterous times to come.

The Fiesta begins and it’s crowded squares, late night carousing, handsome Spaniards and their wine, bread and music. Herein there is the bullfighting and Hemingway spends time to discern the fiesta goers; the sightseers from the aficion - those who love and are knowledgeable in the art of bullfighting, what makes a good bull and which toredors are gifted and who are merely performers. The masculine admiration comes through as paragraph after paragraph lay on vivid descriptions of bold, brutal swashbuckling.

For me, the third act begins here as, neck deep in the party and full of addled admiration of the visceral bullfights; cafe society begins to fall apart. While sometimes being revived (and ravished) by the sights and smells; petty grievance and contempt for each others failings - the impossibility of measuring up to being all of handsome, noble, a good time and Spanish - all serve to upend cafe tables and friendships. The aftermath as the Fiesta winds down sees some friends flee, some reflect gloomily and some resign themselves to a life of more of the same. All the friendships and the settings are now described with a tired, jaded air.

Apparently once known as the “Lost Generation" - considered to have been decadent and wasteful of the sacrifice of WW1, Hemingway might be portraying them as resilient but while resilient in terms of their stamina, they are brought absolutely undone and are as flawed as any other generation that thinks it’s pretty to imagine themselves being better in different circumstances.