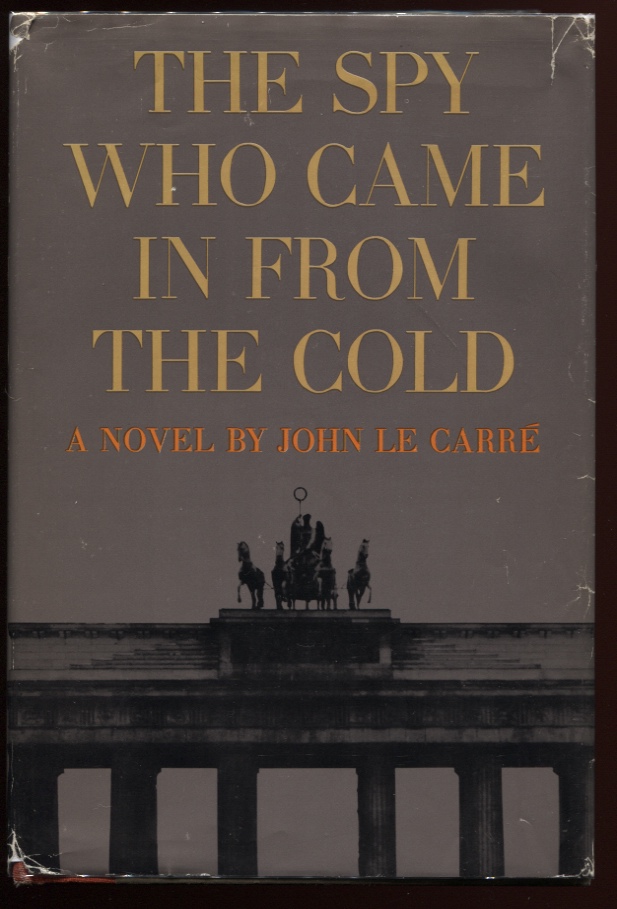 Bleak, pointless, dull, brutal, frustrating. These words summarise the world of espionage and counter-intelligence depicted in John le Carré’s The Spy Who Came in From the Cold.

It’s difficult to leave the book feeling hopeful or bright. This tale of moves and counter moves is timeless and as relevant today as it was in 1965. The novel tells a compelling story grounded in a grim reality. It’s the subtleties, the bureaucracy, and the mundane world Alec Leamas navigates through that connect the reader to an authentic journey. Where other spy novels of its era depart from reality and depict fantastical adventures, The Spy Who Came in From the Cold feels more a reflection of reality. It is little wonder the public refused to believe the author’s insistence that it is a work of fiction.

It’s difficult to walk away from this book without feeling disillusioned with the world. Human beings are traded as commodities in this novel. If there is a key take-away it is that the machinery of government may be unstoppable. Human life stands little chance of slowing it down. The characters either turn the cogs or are crushed by them.

Whilst the sacrifices within the novel are great, it does provide some valuable representations of masculinity. Duty, responsibility, moral culpability: these are traits exhibited by some of the key players in the story. The human beings depicted within are trained to be devoid of emotion and empathy, yet it feels like le Carré refuses to let them turn their backs on human nature. Whilst their duties change, their perceptions shift, they all still seem honour-bound to fulfil their unique roles. Our club discussed at length the key themes of the book, possibly the biggest looming question being, “do the ends justify the means?” Some members felt that yes, whilst horrific acts of violence may be carried out in the shadows, it is these spooks and faceless ghosts that keep us safe and sleeping soundly at night. Others were not so at ease with the idea of a benevolent yet unfeeling government agency doing away with civil liberties and human rights in the name of “public safety” or the greater good.

In the end, this novel doesn’t feel like it is trying to push an agenda or a train of thought, it instead presents to you the facts as Alec Leamas perceives them. It leaves you to decide whether you can accept the actions undertaken by the “good guys” or if you walk away disgusted by the brutality exhibited by those acting with complete disregard for human life.

The Spy Who Came in From the Cold is a timeless classic, a definitive entry in the genre. While some of the concepts may seem quaint today, the relatable themes and realistic picture of counter-intelligence in the novel means it will linger long on reader’s minds. If you aren’t looking for blinking headlights in the distance yet, or secret messages in the newspaper, you will be after reading this novel.