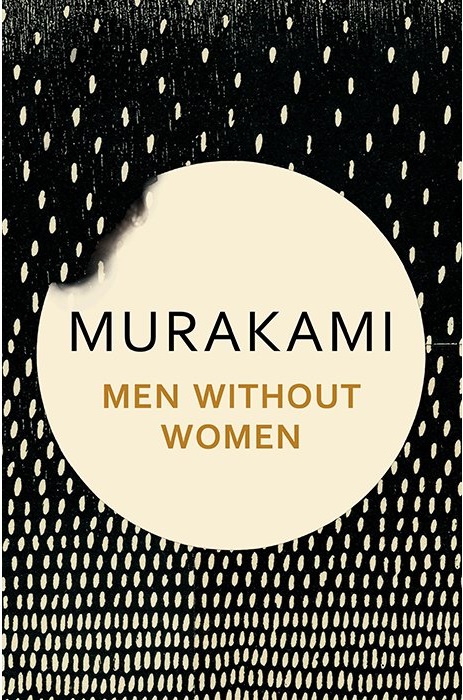 Men without women is a collection of short stories the common thread being the title of the book. However it’s almost without saying that each story revolves around women or more to the point a woman and their relationship (or lack thereof) to the central character.

It’s hard to do a review of multiple stories especially of ones with so many layers, so I’ll give a general one and then a short review of each story.

Right away you get thrown into each story at a point in time. Murakami is a master of the observational and the natural conversation and even stream of thought. Using these, he describes the world around the central character and his relationship to the People, place and things. You go in blind to each story and he begins with such normality yet so descriptive that it just “settles you in” ready for the story to unwind. Point in case, the way he describes the Saab in the first story. It’s so detailed yet seemingly unimportant that it pulls you in to the world, relaxed and un-judgemental.

As you make your way through the story you quickly develop a sort of comradery or understanding of the character. Each story leaves you with so many questions and that’s obviously the point. Men Without Women has a very philosophical tone to it, existential even, and even bordering on the paranormal (like in Kino). Each story wants you to unpack levels of very complicated ideas, by this I mean there is usually a situation which seems pretty black and white on the surface, but he throws you in a very personable and situational standpoint to make you question your own feelings of thoughts on the matter. This can be seen again and again. Drive by car – Cheating wife. Yesterday – What can be/could have been? An Independent organ- love sick suicide. Scheherazade-Crime. Kino - retreating from life. Samsa in love - inappropriate behaviour. Men Without Women – having feelings for another woman. With his thorough observation and wry humour Murakami masterfully puts you at such ease and empathy with character you don’t judge him instead you begin to question the events and what they mean.

Powerful opener. Is there a sexual tension between Kafuku and Watari? (Still not sure, but not really that important.) Did you notice the parallel between his blind spot in life and the blind spot he had with his wife? (I almost missed it) A real taste of things to come. An unpacking of a situation and stories with no real “finishing point” made to really question their existence while getting to core of the character.

This story was hilarious. It threw two “ordinary” people into contact with an “odd ball”. Kitaru was such an interesting character, a real “free thinker”. I felt like he was kinda the main character in this story.

This whole situation is awkward and it sort of explores the concept of having feelings for your friend’s girlfriend while also skirting the fact of missed opportunities.

Murakami’s description of Erika’s dream was very philosophical and you can draw so much from this dream e.g. long journey- since childhood, small cabin, only see through a porthole - not much room to move in the relationship while not really be able to look into the future. Kitaru is not really in one place like the moon he’s sort of in-between places.

I really like the huge jump forward in time at the end.

(I’m not quite sure if I’m reading this right but do they sometimes hang out with him just in the bath?)

Another one where (I think) the main character is the one being observed.

Dr Tokai has it all, wealth, a satisfying job, a Batchelor’s life with plentiful women who come to him and even an assistant who helps him along his way. Until he, against his own will, falls in love with a girl. Who this girl is unimportant. The main point of this story “Who am I?”. Dr Tokai goes full existential crises on this, so much so, that he just gives up on life.

I think this story really looks at (more so than the others) your own self-identity as it relates to the woman you love and what happens when that love isn’t reciprocated.

I think the main point of this story is that you can be as physically close as you can be to a woman but you can also be without her as well. Highlighting the difference between physical and spirt/mental.

I also think it does a really nice job of using fetishes as a driving point of the story without it being a “point” in the story.

This story had sooo many un-answered questions that I believe you are encouraged to draw your own conclusions. Like who was Kamita? Was Kino mentally stable i.e. was he seeing stuff that wasn’t there? There is an argument that Kino didn’t take infidelity of his wife well and he just retreated so much so that he became mad. OR you could argue that Kino was never really “involved” with life and because his spirt was weak, he was susceptible to spiritual bulling/attacks even with a guardian angel. What do think?

I just want to point attention to the fact there were cigarette burns on her and neither party smoked – and that mystery stayed as a mystery. I liked that. I also, on this note, want to point out the concept of sleeping with a girl who is sort of dangerous. Very obviously a person you’re not quite sure of, your gut says “stay away”, but you sleep with her anyway. A very relatable but such a nuanced situation. I would imagine a very difficult thing to put into words. I felt this one was more of a “tale” than a story.

My favourite story. The marvellous unfolding of the story. It really highlighted the basic needs of the human body and how that, in itself, can be a central part to your own personality. The juxtaposition (it’s a book report, I think it’s the law to use that word at least once) between his situation and what he cares for is hilarious. What was the war going on? Why does he have amnesia? Is it from malnutrition or because he just woke up from a coma? Why the lock? Was his family keeping him as a prisoner or were they looking after him because his memory never holds? But he doesn’t care / really oblivious to those questions. He cares about what is in front of him, stairs, food, clothes and then the girl that comes to fix the lock. (did he even get her name?)

A story which takes place almost entirely in thought. These the phone call with minimal conversation, and when he goes back to bed his wife asks him about the call.

Murakami catches beautifully the sort of dream like state in which you interact and have thoughts when you’ve just been woken up.

I think this story really sums up well common themes in the other stories.

-Moment in time -Ordinary event(s) while also a significant event(s) -Existential questioning -Questioning the meanings and relations of things -Being without a woman.

This is one of the best books I’ve read in TGBC. Murakami pulls you in to each characters world with his wry humour, relatable melancholy and ordinary yet meticulous observation.