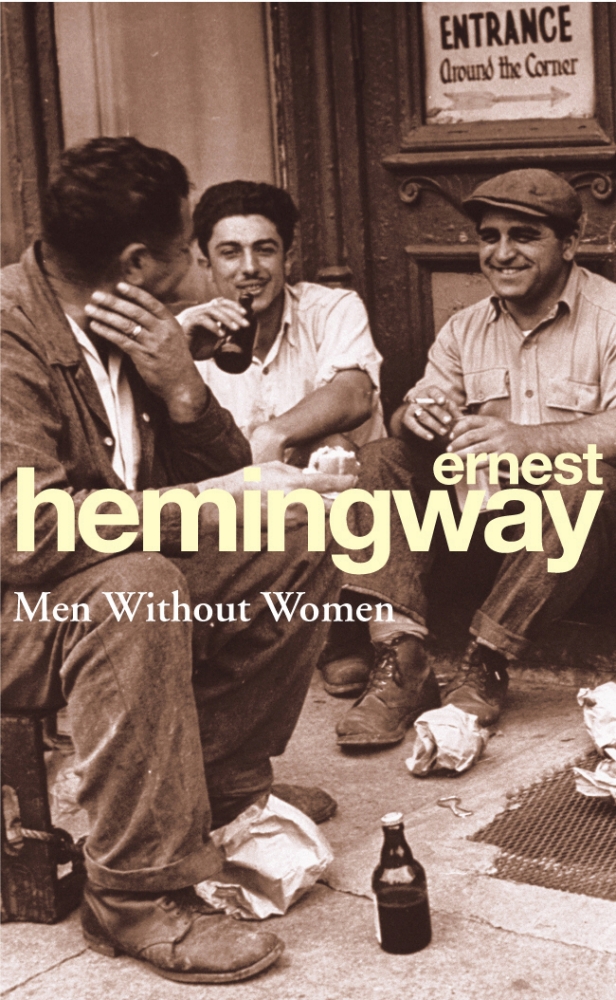 First published in 1927, Men Without Women is a collection of short stories by Ernest Hemingway. This collection offers vignettes of life, snippets fleetingly seen as though we were travelling through the scenes of the stories.

This was my first time reading Hemingway, I had always wanted to but had been put off by the reputation of this literary great. I was surprised at how accessible his writing was. Almost brutishly simple yet evocative with an underlying sensitivity and sympathy for his protagonists and the scenes he describes. This writing style disarmed me, unexpected but immediately likeable. Here, I believe, he explores the themes that dominated much of his life, what defines a man? Still relevant today. Hemingway’s definition may be out of date – brutish and toxic –¬ but it does offer us a starting point to ask ourselves the same questions. Every story allows us to peer into the male psyche and question.

Duty and honour are explored in stories such as ‘Fifty Grand’ where the aging boxer is torn between what he sees as his duty as a father and husband and his honour as a successful boxer. In ‘The Undefeated’, the bullfighter Manuel Garcia’s honour spurs him to fight in a doomed arena which, in an almost Kafka moment, sees the bull and the fighter reflected in each other. The straight backed ‘Signor Maggiore’ of ‘In Another Country’ shows us how the constraints of living up to the expectations of being a man, carry their own weight. His many medals cannot stop the inevitable feeling of loss, weakness and despair, he is ashamed of these non-masculine feelings. Even though they are just as much of being a man as are his medals for bravery. I’m not sure he would understand. The expectations of society are just as weighty; the American lady in ‘A Canary for One’ gleefully claims American men to be paragons among men for the loyalty, duty and honour they display, making them perfect husbands. Meanwhile the American man listening to her knows full well that he would not pass her stringent standards. Being a man does not come down to nationality. A perverse honour and duty also plays a part in the story of ‘The Killers’, seemingly pure Tarantino. Not finding their quarry they leave the traumatised innocents to themselves. Is this honour to do the ‘right’ thing or duty to the client who hired them? Are they real men for their ‘profession’ or for their actions? Or neither? What defines our actions? What makes us what we are?

The stories seem to have no beginning nor end, we are dropped into the action, a silent party to all that unfolds. I liked this slice of life storytelling. Unlike the troupe in ‘Che Ti Dice La Patria’ who claimed to have had “...no opportunity to see how things were…”, we have the space and opportunity to reflect, ask ourselves the questions and learn.

I found this collection very readable and enjoyable. Hemingway’s style of writing suits the short story format allowing us to get to the point without much to distract. I understand that Hemingway may not be to everyone’s liking but this may be a good introduction.

Young Papa Hem (he was only twenty-seven!) gives us fourteen short stories. With only two clocking in at over eight pages, short and sharp is an understatement. The finesse with which some of them are executed is always impressive and sometimes damn near breathtaking. It’s far from my favourite style of literature but that doesn’t make it any less impressive. If there was much more of this it would be a case of easy to admire hard to love, but this collection doesn’t outstay its welcome. Not very much is just enough.

Thematically we’re in familiar territory. You could probably lose the second two words in this collection's title. Men – nearly all of them past their prime – negotiating a world that seems to have lost its familiarity. They're out looking for the raw guts of life at an impossible price. Are they self-aware? Nope. Are they happy? Not even close. But, hey, they’re MEN, so they do what they have to do. I don’t think it’s particularly clever or insightful to apply a twenty-first century understanding of gender roles to works like this. It's so obviously wrong and should be treated as a document. It’s not an ideology, it’s a portrait. Did Hem believe it? I think he probably did, but, like Conrad in Heart of Darkness, I think he’s still criticising it from within. How anyone could finish this book actively admiring any of these fellows? They’re all trapped in a role, playing a part with such intensity they can’t help beginning to believe it.

Still, I enjoyed this one. It’s hardly an undertaking, and for all his brevity, Hem paints a transportive picture. One morning in bed I’m sweltering under the Spanish sun, that afternoon on the tram I’m in alpine Switzerland. Even if it’s only for five minutes, I couldn’t say it’s unenjoyable. Certainly, if you were looking for some sort of insight or profundity in these stories you’d be left wanting, but, like the blokes in the stories, if you take it for what it is, you might just find yourself enjoying it. A nice place to visit, glad I don’t have to live there.

Of course, there’s the (in)famous writing style; gruff, terse, shaved down to its essence. It’s a great example of the writing style paired to match the subject matter. Masculinity written about in the most masculine way. It can be a little eye-rolling once you become too aware of it, as if you’re reading a Hemingway parody. Still, there’s no one quite like Hem, what he does and what that did for fiction is undeniable, and the worst I think you can say about it is ‘it’s not for me’. I wouldn’t say its overly profound, the lessons about the world that it moves to convey are all pretty familiar – dangerously so perhaps – to us all now. Hey, my life wasn’t changed, but I enjoyed this from cover to cover.