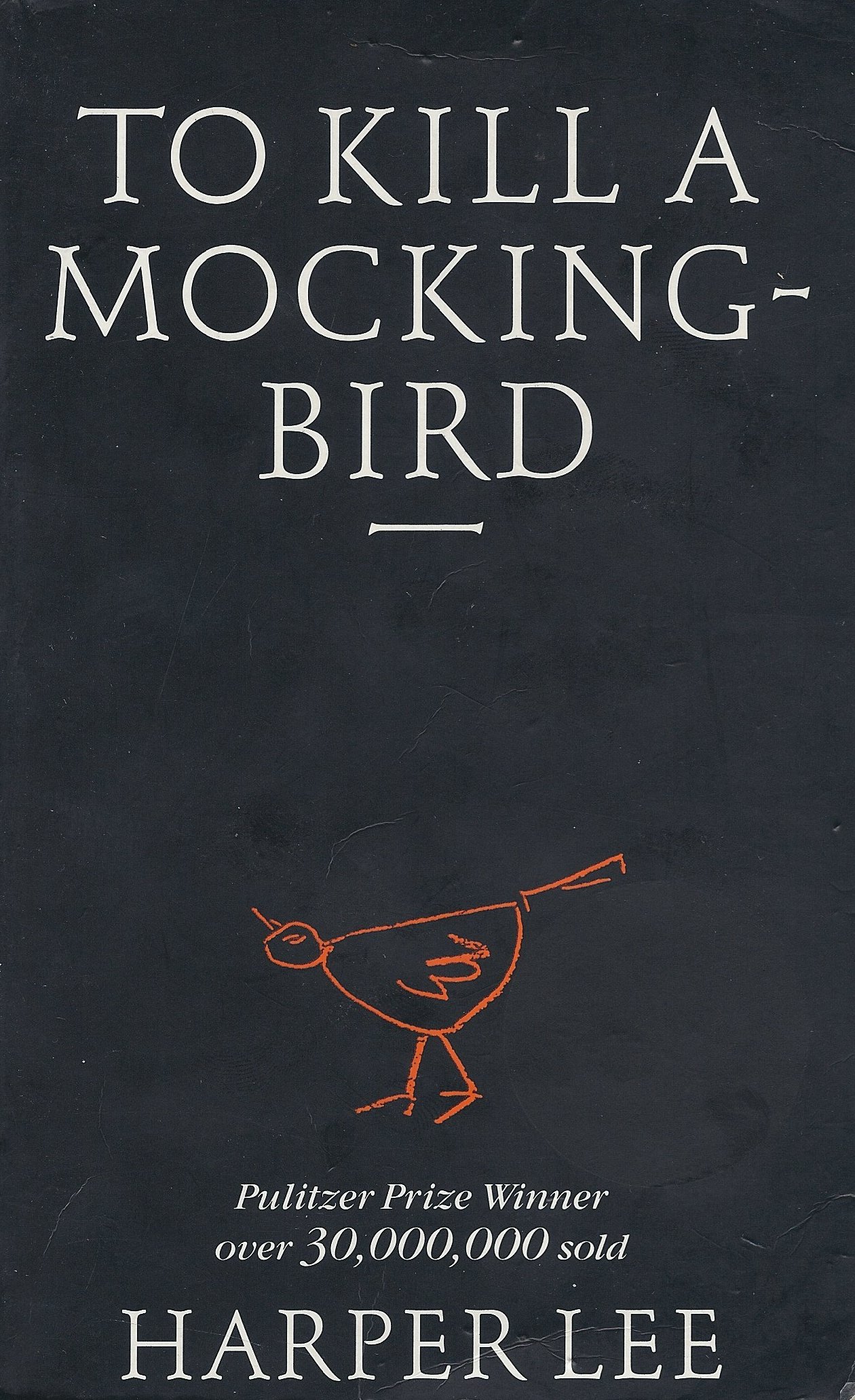 “Remember it's a sin to kill a mockingbird.” That was the only time I ever heard Atticus say it was a sin to do something, and I asked Miss Maudie about it. “Your father's right,” she said. “Mockingbirds don't do one thing but make music for us to enjoy . . . ”

To Kill a Mockingbird is set in the fictional small town of Maycomb, Alabama during the Depression and is told retrospectively, through the eyes of an innocent 8 year old southern girl (Jean Louise ‘Scout’ Finch). The story follows three years of life in this largely white southern town, where an American Negro (Tom Robinson) is unjustly accused by Bob Ewell of raping Mayella Ewell (his daughter). Subsequently, Tom Robinson is arrested and tied on the charge that he raped this white woman. With the town embroiled in social racism, Scout’s widowed father Atticus, a white middle aged lawyer, is assigned the role of defence council for Tom Robinson, resulting in life becoming tainted with gossip, speculation and racial disharmony.

While Atticus believes in the American justice system, he is hampered by lies and deceit, borne of ignorance and prejudice from the community that he lives in.

Interwoven within this masterpiece, are the childhood exploits of Scout, her brother Jem and their visiting neighbourhood friend Dill. Their days are filled with innocent childhood intrigue, made even more mysterious by Arthur ‘Boo Radley’, a misunderstood neighbourhood recluse, who rarely leaves his house due to emotional and psychological trauma suffered as a child.

Boo Radley leaves small gifts for the children in a hollowed out tree which heightens the intrigue and the children become obsessed with their quest to lure Boo out into the open. At the same time, Scout and Jem become targets at school and within the neighbourhood, from children and adults alike, who slander and verbally attack them due to their father’s defence of Tom Robinson. In particular, Jem reacts and finds himself punished by Atticus for reacting and protecting his younger sister. In the last Summer of the three year period, Tom Robinson is tried and ultimately convicted of a crime that he did not commit. Atticus proves that Tom is innocent, yet the jury finds against him. The three children are bewildered by the jury’s decision and Atticus is forced into explaining that the jury’s decision was a foregone conclusion.

Shortly after the trial it is discovered that Tom Robinson has been killed, attempting to escape. Incensed and offended by Atticus’s accusations in court, Bob Ewell vows to get revenge on Atticus and starts making good on his threats. While walking home from a school Halloween pageant, the children are attacked in the dark and Jem has his arm broken in the melee. Scout just manages to see a stranger carrying Jem away in the dark.

In the conclusion of the book we see that Jem and Scout were attacked by Bob Ewell and that Boo Radley had saved them. In fact it is Boo Radley who takes Jem to safety. The Sheriff arrives shortly after and announces that Bob Ewell has been found dead under the tree where the children were attacked, having ‘fallen on his own knife’. Scout realises that Boo Radley saved them and killed Bob Ewell, however the Sheriff refuses to press charges. The book is full of wonderful observations seen through the eyes of Scout and draws the reader into the realm of her understanding. It is a poignant example of racism and prejudice and judgement of character.

"You never really understand a person until you consider things from his point of view... until you climb into his skin and walk around in it" – Harper Lee