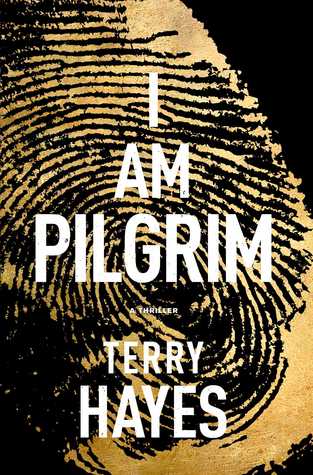 I am Pilgrim pieces together a complex series of interwoven crimes and sinister plots, set to the modern theme of extremist Islamic terrorism.

Pilgrim is the man charged with tracking down the Saracen, thought to be untraceable and working alone, before he releases a vaccine resistant strain of smallpox, one with a 100% kill rate, into the Unites States. As far as terrorists go, the Saracen is unrivaled and extremely dangerous. Luckily for the rest of the world, Pilgrim is in the most secret of the US secret services. Those at the top who know him understand that he is the only man for the job, the best there is, second to none.

The strange thing is that our hero seems to know it as well, better than anyone. I tried to like him, really, and I read every page (I’m a patient person), but a lot of his self-congratulatory thoughts and lack of any endearing humour turned me off his character. What’s more, at every turn, either Pilgrim seemed to have the right answer for yet another impossible situation or he received yet more serendipitous assistance from the universe. Naturally, a spy/action thriller will contain its fair share of fortunate twists and turns, but the medium I expect this many in is the comic book or graphic novel, which this book would probably have been better suited to. It would be one, though, in which the hero is an odd combination of a cocky Superman and a smug Macgyver dressed in khaki chinos and a floral shirt.

To his credit, Hayes has created a pretty intriguing and elaborate plot. The fundamental story lines offer insights into multiple countries, murders, techniques and characters. There were solid chunks of book that had me turning pages. Hayes had obviously invested huge amounts of time into his research as he strove to bring as much authentic detail to a challenging diversity of topic areas as possible. This, however, is at the expense of the plot credibility and flow. Hayes establishes a few plates spinning and things feel good. A few more plates and things are getting interesting. Eventually, though, there are just too many damn plates spinning and it detracts from the quality of the narrative. Hayes doesn’t control them well enough. Some very tenuous and cliched ideas seem shoehorned in to help stitch the whole thing together.

Just when I thought I’d read the underwhelming ending and could close the book, Hayes made me read about how Pilgrim would now singlehandedly helm an America’s Cup class yacht for pleasure as he made a life for himself outside of the services. I wondered, why not just sail an aircraft carrier, if you’re so bloody amazing?