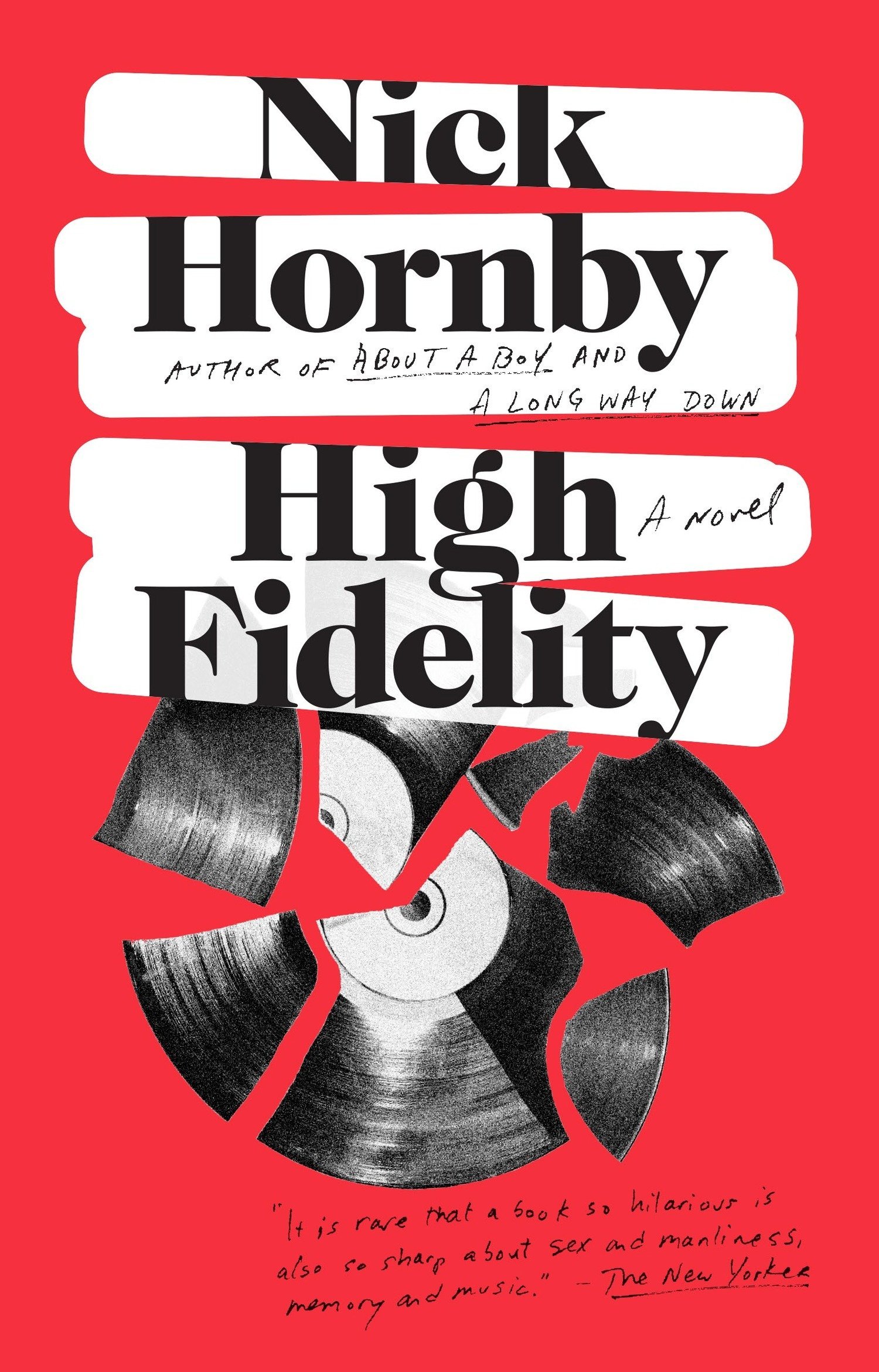 Top 5 things about this book

I really struggled with this one. I remember reading this when it was first released, and I remember feeling just as disappointed in this book then as I am now. For all the joy that great writing gives in, and of itself, if it not harnessed to a narrative, then it ends up being like this book. Sketches of characters, living in a world where nothing happens.

Rob Fleming is one of the most (deliberately) underwhelming protagonists. While this can be a useful literary device to explore themes of ennui and powerlessness, in this book, Rob’s life is the life that Rob wants. It hasn’t been forced on him, it is not the result of a series of events over which he has had no control. Rob has chosen the luxury of keeping all of his doors open so that he is never constrained by any of his choices.

The two stooges (Dick and Barry) have a better grip on their lives, have a better understanding of what they are doing, and why, than poor old Rob. Rob is just so devoid of anything other than slacker, that I was thinking, the entire way through, that the sound track for this book should be a long list of Dinosaur Jr tunes or Stone Roses and the whole shoe gazing scene, but I guess Rob would be too old and washed up, in his mid-thirties, for that whole early-mid 90s London thing. His selection of pop songs certainly suggest that.

The device of the early mid-life crisis, which, judging by the pool room chatter resonated with so many goons, is a good idea. Chasing down your exes to see if you were half the arsehole you thought you were is a lovely way to confirm that, yes, you really have been a completely self absorbed dick. Rob confirms that he is only interested in his view, his wants and desires, and that the woman on the other side of the bed, the room, the conversation is always a mere place sitter until something better, or newer comes along.

Actually, I think the best review of this book was delivered by the opening lines of Ben Folds Five in ‘Rockin the Suburbs’ - Let me tell y'all what it's like, being male, middle-class and white. Poor old Rob – nothing goes his way, and I will never get back the time I spent rereading this book.

Taken on his merits there is not much to commend the main protagonist of Nick Hornsby's 'High Fidelity' to the reader. Rob is impetuous and sulky; obsessive and mean-spirited and capable of keeping a grudge across decades. His single-minded obsession with his relationships is not at all endearing and while he is appalled by any lack of faithfulness on the part of his lovers and friends he is himself completely at the mercy of his next infatuation. His cynical view of friendships and his tendency to evaluate his relationships in terms of what he can use them for constantly appals.

Viewed however as the expression of all of the worst characteristics that we all may have possessed in some degree at some time he is perhaps more of a sympathetic figure.

Rob is the owner of a small vinyl record shop in London. He spends his days surrounded by a sort of self-assessed ultra cool music clique fostered by himself and his employees (who are self-evidently not cool). His two staff members double as his friends despite his characterisation of them as people without lives for whom the banter in the shop constitutes their entire reason for existence. We find Rob at a point in his life when his most meaningful relationship has collapsed and he is forced to reflect on the path that has brought him to this point through an examination of all of the relationships prior, from even his early teens. In the course of exploring these issues there is also a lot of enjoyment to be had in this novel for fans of music of the vinyl record age and the particular milieu of that scene.

The story reads as a very belated coming-of-age story for someone in their mid-30s. Rob is haunted by a sense of a growing need to take responsibility for his fortunes and to confront some of the more adult challenges that he has put off, such as coming to terms with mortality and acknowledging the financial difficulties his business faces.

It is too much to suggest that Rob undergoes a transformation in the course of the story and becomes equal to these challenges, but he does seem to make small incremental improvements as he becomes aware of some his own demerits and the way they are increasingly damaging his quality of life. In that sense the novel serves to alert us all to the worst aspects of our own characters and the contest between freedom and responsibility.