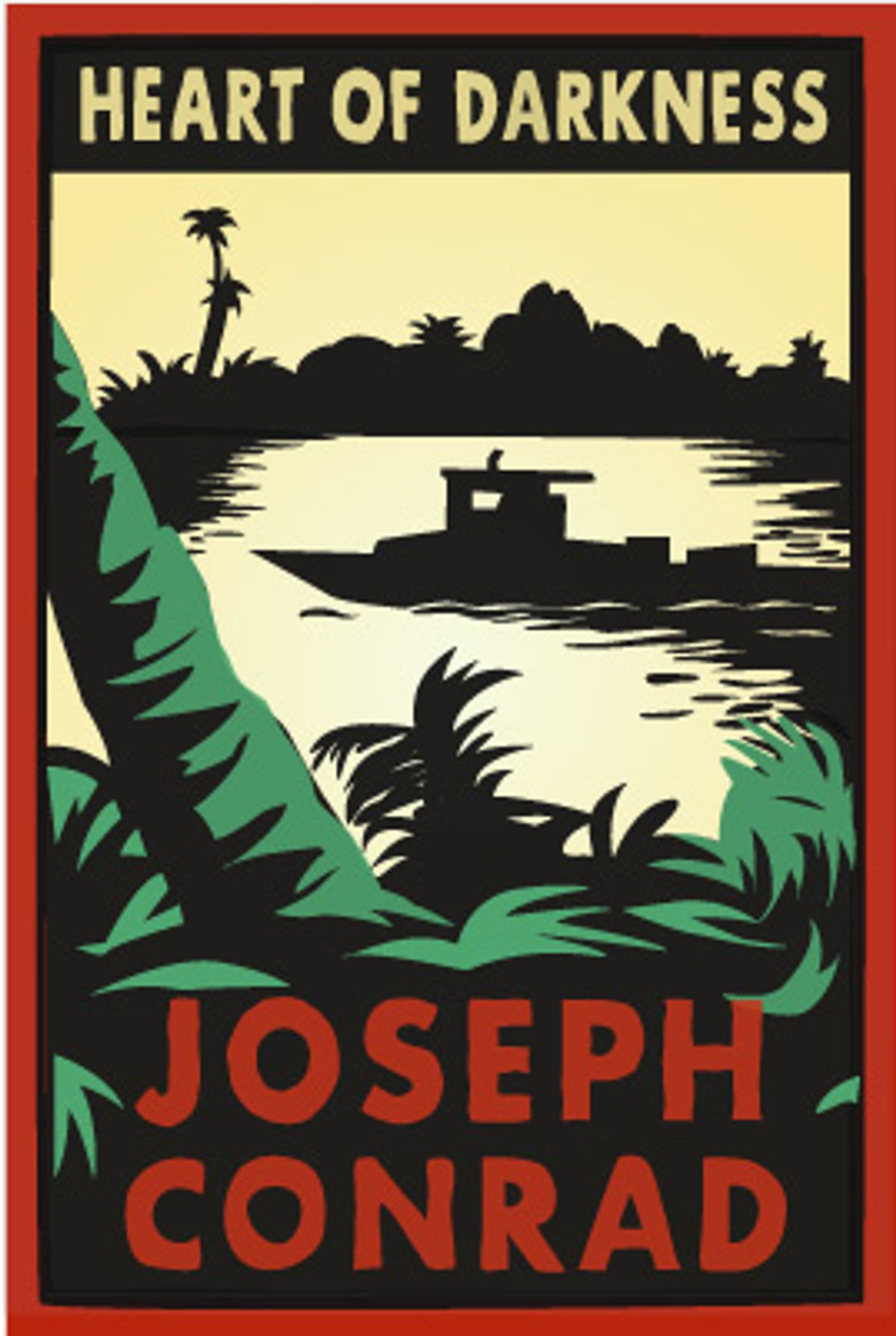 Joseph Conrad’s Heart of Darkness (1899) is firmly nestled in the middle of a pile of literature concerned with European colonialism and its effects. The semi-autobiographical story is narrated by Charles Marlow, who describes his journey to the source of the Congo River in East Africa to bring a man called Mr. Kurtz back to ‘civilisation.’ Kurtz is an agent of an ivory company who has fallen ill. He is variously rumoured to be a brilliant company man, a malcontent, to have turned savage, to be venerated as a god by the ‘savages’ he lies among, or gone crazy. It’s no spoiler to say that the search opens a massive can of worms for which those looking for him aren’t prepared. They find Kurtz, but also face their implication in “the horror! The horror!” Marlow, spat out of the continent and back to the London, which, we’re led to wonder, is perhaps the real ‘heart of darkness,’ needs to explain to Kurtz’s waiting beloved that Kurtz did not make it back. In this sense, it’s an alternative odyssey: Ulysses does not return to Penelope. The epic is not complete.

Conrad, a multi-lingual literary genius, depicts some remarkable scenes: the opening one, of sailors on the Thames, is famous; the subjugation of African people by the British is cast in tortured tones, and contrasted with the fluid, ecstatic, and elusive energy of a free tribe peppering Marlow’s rust-bucket boat with arrows. It’s a short and intense book, dazzlingly ambiguous, and poetic in its ideology. That is to say, it asks more questions than it answers and exposes the myth of colonialism being some kind of sanctifying endgame. Conrad suggests it is, rather, a gross, monolithic, and dually ongoing and unsustainable process of power and domination. The idea of a heart of darkness has no correlation to ‘deepest, darkest Africa’; it lies within, and can be awakened from, the soul of every man.

“Droll thing life is -- that mysterious arrangement of merciless logic for a futile purpose. The most you can hope from it is some knowledge of yourself -- that comes too late -- a crop of inextinguishable regrets.”