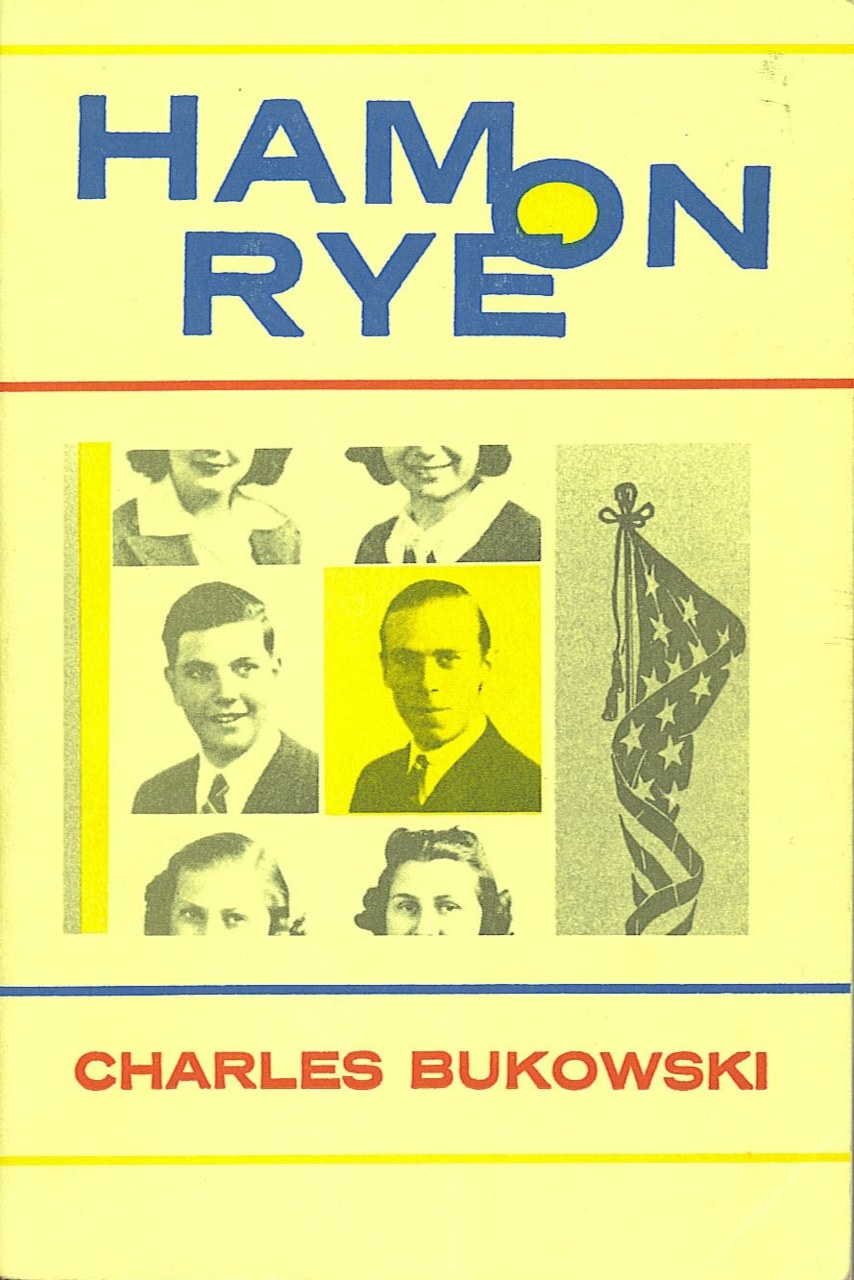 Ham on Rye, a semi-autobiographical account of Charles Bukowski’s coming of age, begins with his earliest memory. Under a table staring at the legs of adults in Germany in 1922. It continues with his migration to Los Angeles. His difficult childhood living under an abusive father and nonchalant mother. His often problematic school years. And his alcoholic entry into adulthood. Told under the moniker of Henry Chinaski, Ham on Rye is unrelenting in detailing the setbacks. The heartaches. The feeling of having the whole world against you. And the eventual feeling of indifference to it all.

Rather than sequentially listing the events that happened in the novel, I will focus on the novel’s dedication, as its simplicity and underlying meaning stuck with me:

For all the Fathers.

Why “for all the fathers”? Why did Bukowski choose to single out the fathers in his dedication? I ask because Chinaski’s father is a flat-out bastard. At no point does he provide words of encouragement, words of reassurance, or words of love to his son. His father is consumed with the idea and use of power in his household. Living through the Great Depression, where outside the confines of his home he had no power, and for much of the novel no job, he was brutal in the use and abuse of power within the home. Even during Chinaski’s most trying times, having to deal with difficult classmates, difficult schools, and a soul-destroying problem with acne, his father provided no comfort. Perhaps “for all the fathers” is meant as a reminder to all fathers that they should not neglect their sons? Or that fathers are capable of cruelty. Bukowski was just probably being ironic.

Like the title Ham on Rye. Ham on Rye? Why Ham on Rye? I was waiting with bated breath throughout the novel for some reference to the eponymous sandwich. I read that it may be a play on Catcher on the Rye. At any rate, I bought some good quality ham from the deli and a loaf of rye sourdough after I finished the novel. Ham on Rye ain’t bad! (Add a bit of organic aioli for a 2017 touch).

At first sight, Ham on Rye may seem similar to other tales of growing up. Being shunned. Being an outcast. It reminds me of The Jesus Man, or Death of a River Guide, or even Stephen King’s horror classic Carrie. What sets Ham on Rye apart is its easy readability. The matter-of-factness of its storytelling. Bukowski tells his story in a brutally simple style. In short blunt sentences. This makes the novel highly appealing, and a great introduction into the world of the Tough Guy Book Club mind.

One of the rare moments of light in the novel is Chinaski’s retreats to the public library. There he finds the pleasure in reading. Books do not talk back. Books do not bully. Books do not make you feel less than. Rather, books are an escape. Chinaski’s forays into novel-reading read like the back catalogue (or future catalogue) of the Tough Guy Book Club reading list. Huxley, Sinclair, DH Lawrence, Turgenev, Gorky, Dos Passos. Bukowski’s love of Hemingway is echoed in this wonderful extract from p. 183:

“…And then along came Hemingway. What a thrill! He knew how to lay down a line. It was a joy. Words weren’t dull, words were things that could make your mind hum. If you read them and let yourself feel the magic, you could live without pain, with hope, no matter what happened to you.”

It is with this sentiment that Tough Guys continue to come back to Tough Guy Book Club month after month.