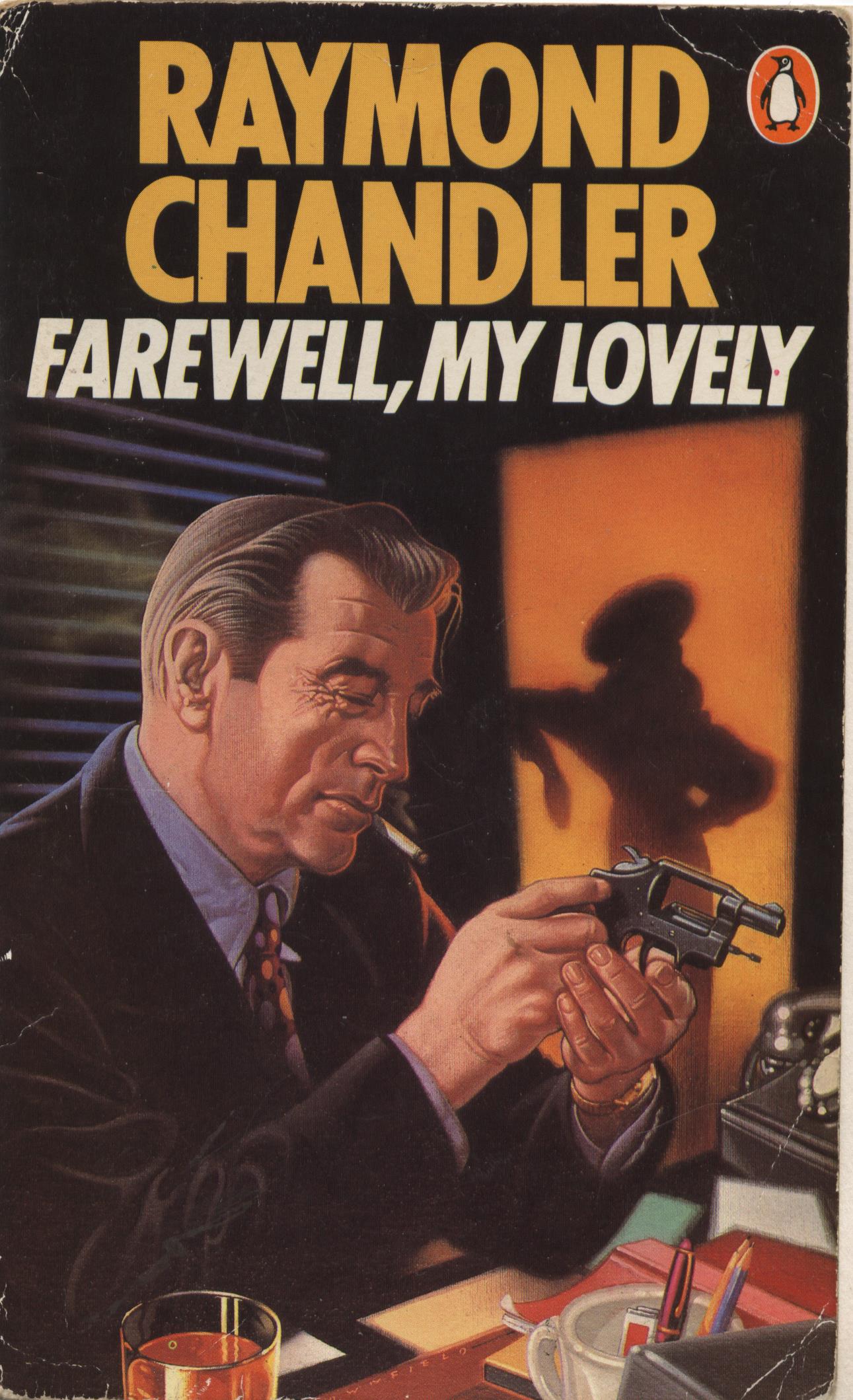 Even Michael Caine read Farewell, My Lovely. Check the opening shot in Get Carter from 1971.

This is the second of Chandler’s Philip Marlowe books, following The Big Sleep.

It comes from the era when pulp fiction was the entertainment of the day. This is a classic of the hardboiled crime fiction genre, and Marlowe joins other famous hard bitten detectives like Dick Tracy and Sam Spade. 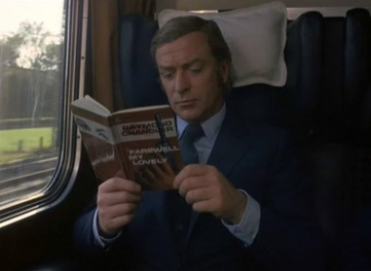 Chandler wrote to movie producer John Houseman, saying he saw Marlowe as an ‘honourable man’ and writes him that way. The story, told from Marlowe’s pov, is a number of short mysteries. They are built on Marlowe’s search for the ex-girlfriend of Moose Malloy, a huge man just out of jail for a solo bank job. As well as detecting, the story covers corruption, casual and serious violence, blackmail, gambling, murder, and social breakdown.

Remember social attitudes were quite different in the 1940s, and don’t let the characters prejudices spoil the story. As expected of a tough PI, Marlowe is arrogant and drinks far more than his share of liquor, and Chandler wrote many great quotes in his prose. A couple to start:

"Who is this Hemingway person at all?" "A guy that keeps saying the same thing over and over until you begin to believe it must be good." "That must take a hell of a long time," the big man said.”

Chandler’s tight descriptive language clearly and believably paints the world, the characters, their actions, and motivations, fitting their era. I am a fan of this genre and recommend this book as a worthy read.