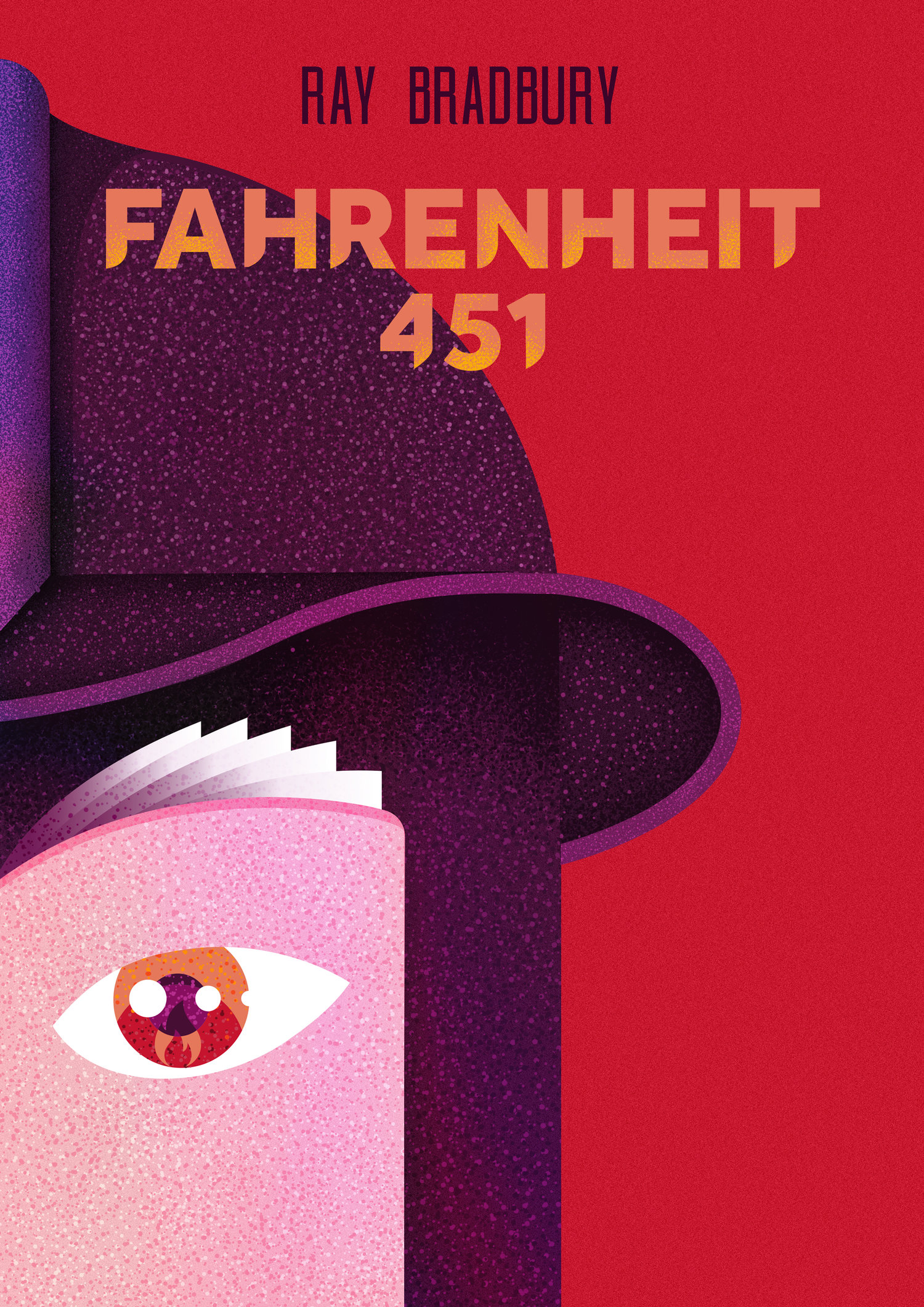 “You don’t have to burn books to destroy a culture. Just get people to stop reading them.”

Fahrenheit 451 is a passionate book about the importance of books. It is about knowledge, including knowledge’s power and importance, but also the vulnerability of knowledge in the face of ignorance and apathy.

Set in the future of a dystopian America, Fahrenheit 451 follows the lead character Guy Montag, a “fireman” whose job is to burn outlawed books, and his awakening and ultimate commitment to preserving that which would otherwise be lost.

Interpreted as a polemic against censorship, its author Ray Bradbury says he wrote Fahrenheit 451, written during the height of McCarthyism, as a reaction against book burning (and black listing) in the United States of America and as a commentary on how numbing mass media, political repression and censorship of culture and literature removes free and original thought. The image of the burning of books is evocative harking back to Germany of the 1930s and the burning of banned and so-called deviant literature by the Nazi Party.

Written in 1953, Fahrenheit 451 is prescient in its conception of a society numbed by constant mass-market entertainment and ever prevalent social media leading to a disconnection and breakdown of any sense of community except for the fascistic nationalism of an authoritarian and militaristic political regime. Written more than 65 years ago, it is amazing this story and the future it imagines still feels like it has continuing relevance today.

For a book that explores in part censorship, there is much irony that Fahrenheit 451 has found itself censored and banned at times during its history for vulgarity and obscenity. Ray Bradbury was justifiably scathing of any expurgation of his original text, “[t]here is more than one way to burn a book. And the world is full of people run­ning about with lit matches”.

Whilst Fahrenheit 451 can be dark and on one read as bitter in its outlook it also provides some hope to the reader. The hope of the main character and his personal journey of self discovery, and of the protection of ideas and ideals by those willing to commit themselves to that protection.

Although Ray Bradbury treasured books and libraries (famously Fahrenheit 451 was written by him on a rented typewriter in the basement of his local library), ultimately what is important to Bradbury’s characters in the story is not the fetishing of the physical book but the sharing of what lies between the pages of the books they preserve..

For a story that ultimately ends with the collapse of a moribund society, Fahrenheit 451 holds a utopian belief in the power of knowledge and the keepers of that knowledge to rebuild upon the wreckage of the old world. My abiding image from the book is it is never too late to engage with the world.

Fahrenheit 451 remains a significant book, a seminal work of literature. I would highly recommend it to a first time reader.

“People ask me to predict the Future, when all I want to do is prevent it”