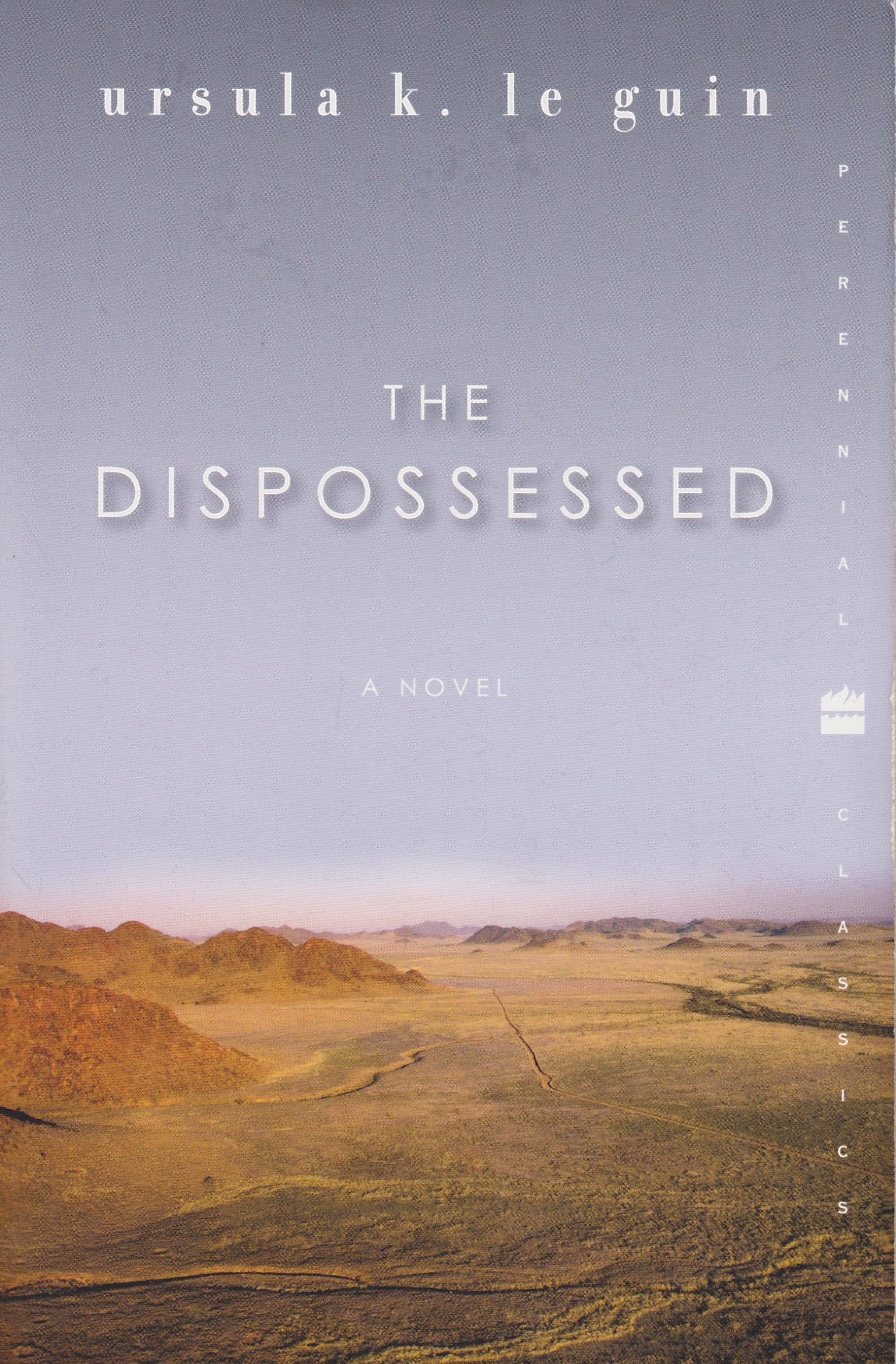 'Science fiction' is a much maligned term. Hearing those two words coupled summons images of treckies squeezed offensively into orange skivvies and weathered paperbacks in bargain bins featuring wide chested blondes shooting giant insects with laser beams. But science fiction at its best is so much more than this. Its a thought experiment. It says 'this is the way reality is at the moment, but what if we changed a few rules and it was like this, what could those changes in reality tell us about our own world. Under this definition, John Lennon's 'Imagine' is a work of science fiction. 'The Dispossessed' is just such a novel.

Shevek lives on the desert moon of Anarres, a century or so after an idealistic revolution on the central world of Urras resulted in the exile of he and his fellow dreamers. What was the dream? A world without possessions (Dispossessed get it?). A world where even the pronoun 'my' becomes meaningless (near the start of the novel we learn that the locals of Anarres wouldn't even say 'my mother' but instead 'the mother'). Without possessions everything gets freed up, you can do and go wherever you like. Food, resources, labour, sexuality, everything is shared. We're all in this together, so why don't we help each other out? Sounds perfect? Don't be so sure...

Perhaps as a result of being too cynical or too enlightened Shevek starts to perceive some problems with his world. He wonders why some of his ideas relating to physics are being under-recognised, why is his friends satirical play being pilloried, just what is the danger with communicating with their fellow humans on the world back in Urras? This is where some of the novels really pertinent questions start to raise their heads; Is it possible to be absolutely free? Can a society exist without a government? If you make a a rule that there are no rules, isn't that, in itself a rule?

At the start of the novel, Shevek is making his way back to Urras, the first Annarian to do so in living memory. He's welcomed as an honoured guest and is simultaneously amazed and surprised at the way the people of Urras are living. It is, to use a term that readers of earth will find familiar, a capitalist consumer society, and some of what Shevek sees begins to appall him. Brilliantly, because the reader is seeing Urras through Shevek's eyes it starts to appall you too. What's shocking about this is that Urras is so familiar to us. In fact it really resembles earth.

This is what makes this book so brilliant. It takes a though experiment like twin worlds of Annares and Urras for us to see our world through eyes anew. It holds a mirror up to the way we live, and we might not like what we see back. Le Guin doesn't give us any easy answers here, we're not led to condemn either society or either philosophy but she does get us asking questions about both that have uncomfortable answers. How can we have liberty at the expense of inequality? Does human nature make utopia impossible? Why do certain societies feel so threatened by certain ideas?

Le Guin is a master novelist. I thought this book was a bit slow to start (maybe the first twenty pages or so don't hold much promise for just how good the book becomes) but after that initial hurdle I just swallowed it up. As a writer she's very technical, she spells out very complex ideas dispassionately and methodically and then sits back and lets you make your own conclusions. The story line isn't exactly thrill a minute but there are thrills to be had. Still, it must be said that this is a book most people will probably enjoy thinking about more than the actual act of reading. This is not necessarily a bad thing.

Reading some other reviews of this book and a critic asked his own question: 'Why is the Dispossessed by Ursual Le Guin not an American classic? Is it because of that sticky, corny two word genre Science Fiction or is it possible that the questions it asks us about the biggest capitalist nation in the world have problematic answers. That's a question I can't answer but here a a couple that I can. Is Ursula Le Guin a master of the Science Fiction genre? Is this one of the most thought provoking books I can remember reading? Is The Dispossessed a book I'd recommend you pick up and read right now? The answer to all of them is yes. (*sings...'You may say, I'm a dreamer....')