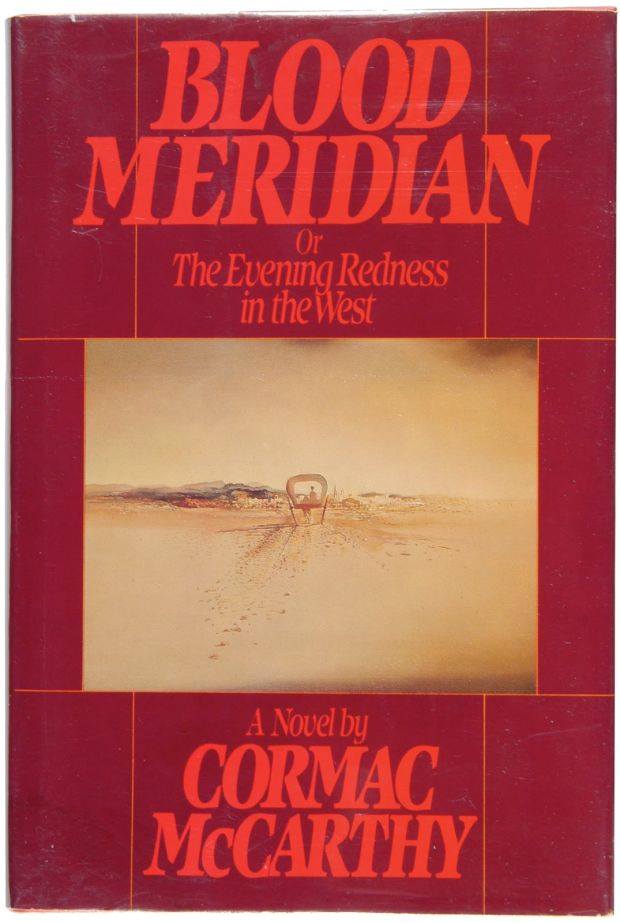 Blood Meridian or The Evening Redness in the West

The bar is dimly lit in the fading spring light. The carcasses of butchered beasts long removed still chill the air where humming vats now stand. Foam lined glasses and sticky rings dissolve in to the darkness as the freshly slain trout lies gasping, red gills flapping and bright eyes clouding as if dripped with milk or cream. A journey to the West begins.

The kid has little but a decrepit mule when he joins us. He is travelling in the same direction, certain only that violence awaits in the bleak deserts. The promise of gold for scalps alluring for men lost to war and lost.

The villages we approach are barricaded with language foreign and familiar. No hablo español helps little to dissuade the people of their fate. Despite the opulence shown by the visitors, coin spent on whisky and whores has little value to the dead and scalpless.

We kill and die on the waves of sand and prose that stretch before us. Blood cascades onto the pages in torrents, the flood drenches those that push forward through the rusty, salty stench. Men, women, children, beasts are drowned beneath the cruel red sea, while the Judge bathes in the shallows.

At journeys end the days are long and sun still lights the bar. Many sit vanquished over dark glasses, defeated by gore or style. Those that set out were rewarded with vivid memories of harsh and beautiful settings, companions found and lost and chaos lurking behind the eyes of every man.