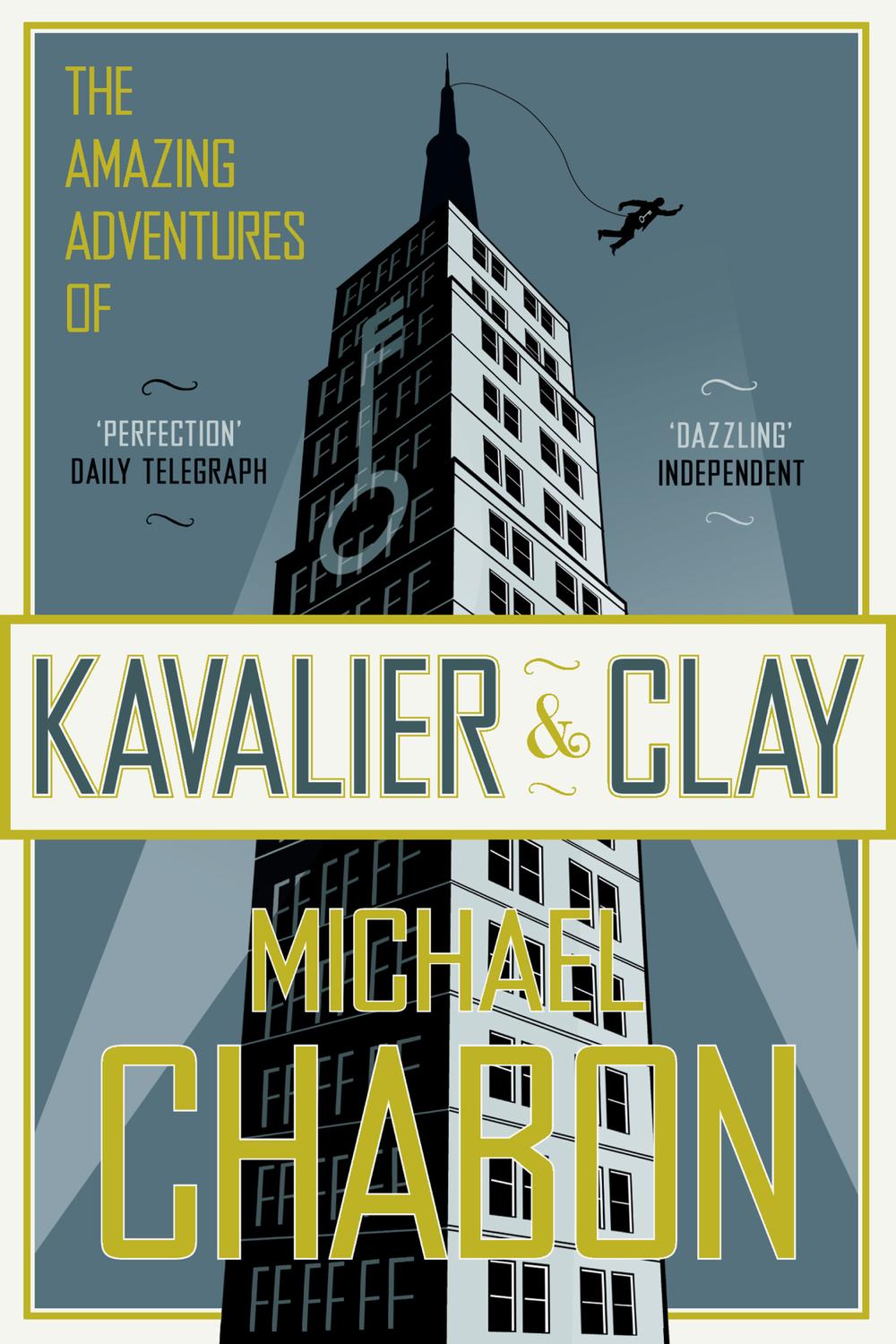 In The Amazing Adventures of Kavalier and Clay, Joe Kavalier a young jewish artist escapes from the Nazis in Prague using techniques based on a knowledge of Houdini’s escape exploits. He meets his cousin Sammy in New York and together they convince Sammy’s boss to move into the comic strip business. The Amazing Adventures of Kavalier and Clay, at 639 pages proved easy to read over Christmas. Paradoxically, if there is a criticism of the novel it may be that it was not long enough for the large canvas covering the World War 2 years and the early 1950s. The novel covers issue facing Jews in Europe as the war erupts, the evolution of comic strip super heroes and of being gay in this same period.

The novel repeatedly returns to the theme of escape. Houdini, escape from a brutal dictatorship, from powerlessness by creating ultra potent super heroes, from tragedies, from relationships and from self identity. Individual characters to a large extent become archetypes, but Joe, Sammy and Rosa, who Joe is in love with, form fertile ground for exploring evolving relationships, rivalries, and how events can lead to separation, both imagined and real. Joe becomes the biological father of a son, Tom, to Rosa, but is not told that he is to become a father before he joins the Navy, and his son is brought up by Sammy and Rosa. There is a gap of several years while Joe is away, hoping to seek revenge on the Germans for the loss of his family in Europe. However, even on his return to New York, the reunion with Sammy, Rosa and Tom is not immediate.

Sammy and Rosa bring up Tom. The novel gently approaches the realisation by Sammy that he is gay and he wants to pursue his rela5onship with an actor who will play one of the comic strip characters he and Joe created.

The second story told in parallel, and which forms the main interest for many readers, is a thinly disguised history of the comic superhero industry, which flourished before and during the second World War. Readers spent much time discussing their own experiences of super heroes of this Golden Age. Joe has created the Escapist, an anti-Nazi superhero. Perhaps superheroes flourished as most felt impotent against awful world events. The Escapist reflects characters such as Captain America, Batman, the Phantom and Superman. Rosa creates the first female superhero, who reflects Wonder Woman.

The final story focuses on the relationships between Joe, Sammy, Rosa and Joe’s son Tom. The abandonment of Tom and the re-engagement of Joe with his biological son brings to mind the phrase ‘it’s never too late’. Tom and his father become reunited, Sammy decides to travel to Los Angeles to renew a rela5onship with an actor he met, the reader is left wondering whether Joe, Sammy, Tom and Rosa could actually remain a family together and how the rela5onships would change over time as Sammy became more aware of his sexuality. Unfortunately the novel ends abruptly with the future not described.

In summary Michael Chabon’s novel is a three for one. A story of escape from Prague and fascism, a novel of relationships between gay and straight men in the 1950’s and the fictionalised history of comics from the late 1930’s to the 1950’s.

The novel provoked many discussions such as of the rela5onship between the Golem of Prague, who was made of clay, and established to protect the Jews in the city and the superheroes created during the war. There were allusions to other fantas5c, larger than life figures. Discussion also veered into each Goon’s early memories of the golden age of comic strip heroes. New to most of us were the McCarthy-like Senate hearings focused on comics destroying children’s morals. We did not get to the question of whether there was a ‘tough guy’ in the novel, but in my opinion Joe, Sammy, Rose and the editor of the comic strips all qualify.